The Mustang in its stock form itself is an exciting offering. However, that doesn't stop Ford from spawning even more exciting versions of the pony express. At the ongoing 2016 SEMA show in Las Vegas, Ford has pulled the wraps off the Shelby GT350-based GT4 race car. This performance spec Mustang has been developed by Multimatic Motorsports, the same firm that builds the Mustang Shelby GT350R-C for the IMSA Continental Tires Sports Car Challenge. 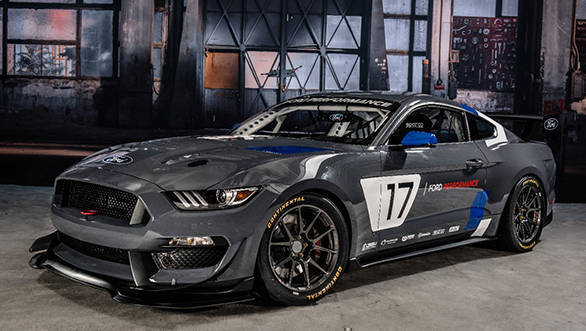 The souped-up Ford Mustang GT4 is powered by the same 5.2-liter flat-crank V8 that is used in the Shelby GT35R-C race car. The motor is paired with a 6-speed Holinger paddle-shift transmission. In addition, Multimatic Motorsports has tweaked the chassis of the GT4 for better handling with lower rear control arms, stabilizer bars and dampers. The GT4 also comes equipped with an aggressive splitter, rear wing, hood venting and a new rear diffuser, all of which, according to the tuner firm, improves the downforce.

The inside too looks ready to take on the track. It gets a full FIA-compliant roll cage, and features motorsport engine control unit, an antilock-braking controller and a Motec dash logger that displays oil pressure, fuel level, fastest lap timings and a G-Force indicator. 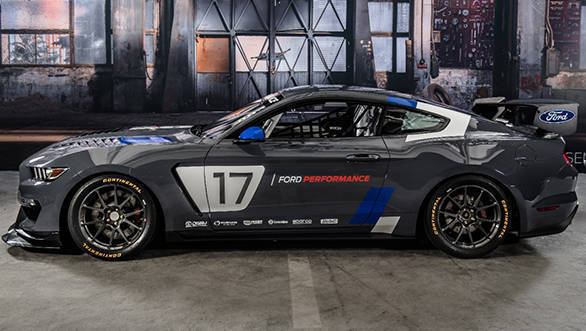 While the specs and details look impressive, you cannot take the Ford Mustang GT4 for a stroll on the streets as this one is strictly a track-only racecar. Ford states that the GT4 in its present configuration can participate in GT championships like the Grand Sport class of the IMSA Continental Tire Sports Car Challenge, Pirelli World Challenge GTS and the European GT4 Championship. Ford will start taking bookings for the Mustang GT4 race car from December 1, 2016. However, the American carmaker still hasn't disclosed the car's price. 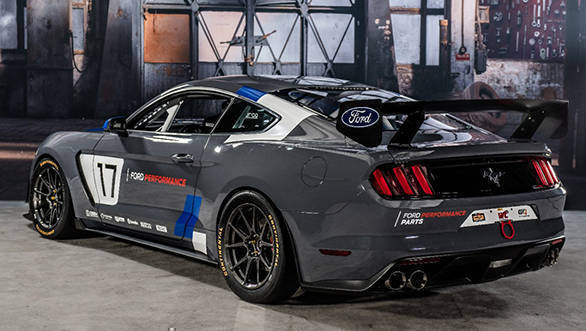 In addition to the Mustang GT4, Ford Performance also displayed a track-based data-logging smartphone app. Using Ford's latest Sync3 system, the app will allow users to record and share their track performance figures. It comes with multiple recording modes and provides a host of vehicle performance data. This performance based app will be introduced in the all-new GT in 2017. 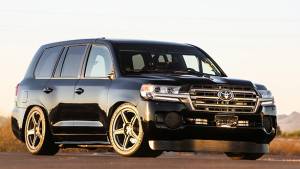