Vilo Events has announced a new format for the fourth edition of the Pune Invitational Supercross League 2017 which will be held from November 17 to 19, 2017. Held under the aegis of the Federation of Motor Sports Clubs of India (FMSCI), the Pune Invitational Supercross League 2017 will witness participation from 53 national riders and 11 international riders.

Five teams including defending champions Bhalla Royale, as well as INK Racing, PB Racing, Team Greeshm and Lilleria Motorsports will participate in the three-day event. Organiser Vilo Events has a new format for the Supercross League this time around. The event will also feature demos by two freestyle riders. 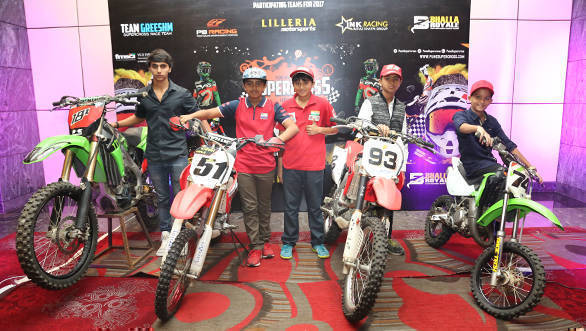 The riders will ride six motos over the three days. Team riders will get points as per their performance in each round. Points will be given for each of the races. The total tally of the points will decide the winner. An auction for the participant riders was held in Pune on November 5.

Organisers are looking to glamourise the event with other attractions such as food stalls, exhibits, product launches, music, performances and supercross models. Event director Eeshan Lokhande said that the idea behind the Pune Invitational Supercross League is packaging a sports event such that it grabs maximum eyeballs, while also engaging them.