Production of the Honda Amaze to increase, bring down waiting period

Buoyed by the success of Amaze, its first diesel offering in India, Honda Cars India Ltd (HCIL) have decided to increase the production of the sedan in order to meet the growing demand and cut the waiting period. The current waiting period for the Honda Amaze is 4-5 months. HCIL will be starting a third shift at its Greater Noida unit from November this year. Currently, HCIL claims to produce at an average 440 units - including the Amaze - a day at the Noida plant. The estimated production backlog of the Amaze is over 20,000 units and the company has been selling about 5,500 units per month since the model was launched in April this year. The third shift is expected to bring down the waiting period by at least two months, the company says.

"The demand for Amaze has been so strong and we still continue to have more bookings," said Jnaneshwar Sen, the senior V-P of HCIL. "We have not yet arrived at a number of units to be produced in the third shift as the third shift will be shorter," he added.

The Amaze diesel is powered by a 1.5-litre turbo charged i-DTEC engine with a peak power of 100PS  at 3600 rpm and a maximum torque of 200Nm at 1750 rpm. It also boasts of a fuel economy of 25.8kmpl, which is the highest claimed in the Indian market. It also comes standard with EBD and ABS. The petrol model delivers 88PS and 109Nm of torque with a fuel-efficiency of 18kmpl. It's clear why the diesel model has taken the market by storm.

Read our road test of the Honda Amaze diesel here. 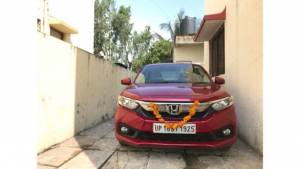 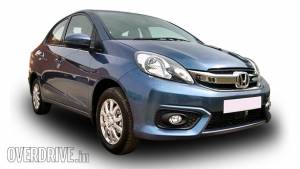