After the success of the Ecosport, Ford India seems to have gotten into the habit of previewing its cars well before the launch and creating a buzz about the upcoming offerings. So with its plant in Sanand (Gujarat) now ready to begin operations, Ford India has officially showcased the upcoming Figo Aspire. A production-ready version of the Figo Sedan concept that was seen earlier at the 2014 Auto Expo, the Figo Aspire is a sub-four metre compact sedan that will take on the likes of the Swift Dzire, Amaze, Xcent and the Bolt. 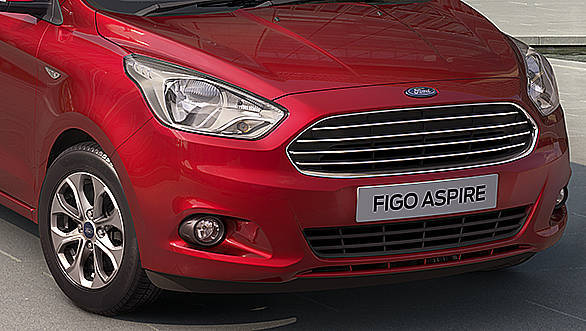 The Figo Aspire looks similar to the concept but, expectedly, loses out on the LED headlamps, tail lights and fog lamps. The latest iteration of the Kinetic design philosophy gives it the Aston Martin-esque grille, the sharp swept-back headlights and pronounced character lines. The stance is sporty, but the silhouette is typical compact-sedan and will remind you of the Zest or the Amaze. In fact, the signature colour is a shade similar to the maroon seen in the Amaze. 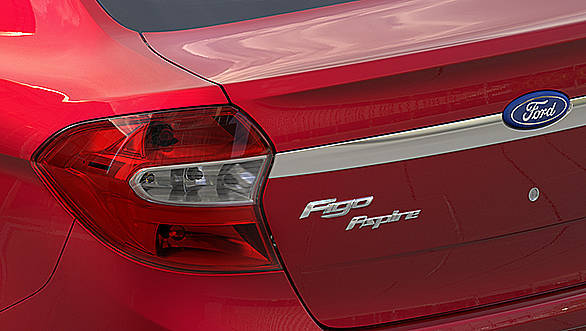 From the rear, the Figo Aspire, like any other compact sedan, looks like a hatchback with a stubby boot slapped onto its back. It gets a prominent chrome bar (at least on the range topping Titanium trim), that breaks the monotony of the rear seen on the concept. The boot wears the Figo Aspire badging and like the yesteryear Tata Indica and Indigo variants, the 'Figo' prefix is designed larger to capitalise on the established brand-name and to highlight its connection with the upcoming Figo hatchback which lends its underpinnings to the compact sedan.

On the inside, the Figo Aspire gets a dashboard fascia inspired by the Fiesta and Ecosport - with the old school, cell-phone style layout for the switches. The Sync infotainment system with Applink tech will be onboard too and like the Ecosport, it will get voice recognition and emergency assist as well.

The cabin gets a black and beige treatment with gloss-black inserts in the steering, door armrests and around the infotainment and HVAC controls. The latter gets an LCD read-out for the air-con functions. The steering wheel gets controls for audio and telephony functions and the front seats get adjustable headrests. Because it's based on a hatchback, we don't expect the car to be very roomy. 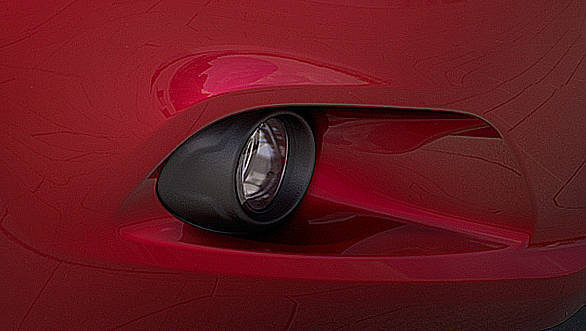 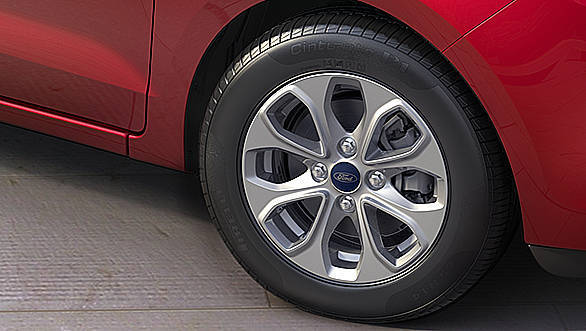 The Figo Aspire will come with two engine options - a 1.2-litre petrol with about 85 to 90PS of max power and a 1.5-litre diesel engine good for 95 to 100PS. We expect the latter to deliver a fuel efficiency of 23 to 25kmpl, while the petrol should clock 16-18kmpl. The engines will come with the choice of a 5-speed manual gearbox or a 6-speed dual clutch automatic (petrol only).

The range topping trims will get up to six airbags as well - two up front and four curtain/side airbags. Ford has ticked the box for ABS too and we hope it is standard across the range. The compact sedan will be shod with 175/65-R14 tyres, which is the same size as the Amaze, but smaller than the 175/60-R15 tyres on the Xcent or the 185/60-R15 rubber seen on the Dzire and the Zest. 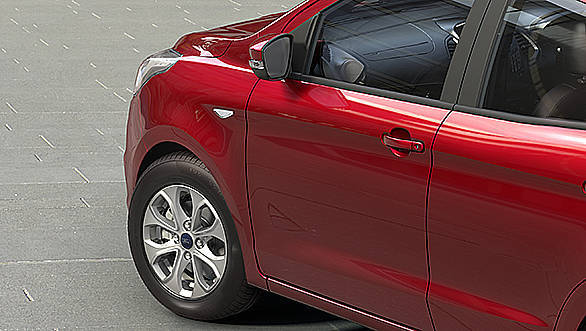 Ford's new Sanand plant, which has an annual production capacity of 2.4 lakh vehicles and 2.7 lakh engines, will produce the Figo hatchback and the Figo Aspire. With heavy localisation of components, the prices are expected to be very competitive. Speaking of which, the Figo Aspire is expected to be launched commercially by mid-2015. Stay tuned for more updates. 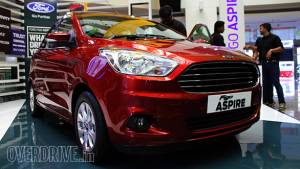 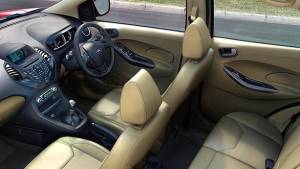