Mark Roberts, one of the founding team at McLaren, has made a move from designing traditional V12 and twin turbo V8s to work on electrified classics as he joins start-up automotive company Charge Cars.

Charge, who are re-imagining classic vehicles, including the 60's Mustang, with an electric powertrain and all-new high-tech updates whilst preserving the classic design externally, have secured Mark's expertise as he becomes the Chief Creative Officer at the company based in West London.

Roberts, who brings over 30 years of experience working on the Legendary McLaren F1 and the McLaren P1 through to the new McLaren Elva, also brings a massive passion for classic car design to the company which plans to release a limited run of 499 converted Mustangs.

"Charge has something really special and I felt it the moment I walked in the door  a spark and an energy that only a start-up can have. It reminded me of when I first started at McLaren. I've always had a real passion for classic vehicles, and after many years working with cutting-edge technology on super cars, I love the concept of taking an iconic classic and incorporating super car technology into it whilst always respecting the original design." Said Mark. "I'm looking forward to working on electric cars with real soul that give people a way to show their personality whilst still being mindful of their carbon footprint."

Mark began his career at Lotus before joining McLaren Cars as employee number nine in the McLaren F1 Design Team. During his 30-year tenure at McLaren Mark led the creative direction of the McLaren F1 launch and was integral to the design of all contemporary McLaren sports cars including the critically-acclaimed McLaren P1, Senna, Speedtail and the new Elva.

Vadim Shagaleev, CEO Charge Automotive said; "Charge Automotive is pioneering cleaner, advanced technologies for the classic and luxury car market and we are delighted to welcome Mark to join us in this vision. Mark is well versed in the precise level of detail and execution required to create world class bespoke performance vehicles and his expertise will be invaluable to the team at Charge and our customers around the world."

As well as having zero emissions, Charge is making classic cars cutting edge once again. Its 200-mile range prestigious vehicles are equipped with the most advanced technologies and components from technology partner Arrival, including motors, power electronics, battery systems, intelligent software and stunning user interfaces. It is currently taking reservations for a limited series of 499 electric Mustangs starting at £300,000. 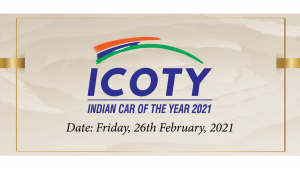