Cameras are increasingly becoming the central sensory organs of automobiles. Surround view systems consisting of several satellite cameras provide an all-around view of the vehicle environment from a bird's eye perspective. Cameras look forward to identify traffic signs, traffic lights or lane markings. And they look back and to the side, for example to make objects in the blind spot visible.

The technology company Continental is bundling these components, which were previously deployed separately, to form a complete system: several satellite cameras provide high-precision image data that is processed and evaluated by a central control unit. The system is modular, scalable and connected - and it comes from a one-stop shop. Above all, however, the combination of several satellite cameras enables numerous new functions that make driving safer, more comfortable and - if desired - increasingly automated.

Award-winning view through the hood - Continental ensures transparency The "transparent hood" function developed by Continental and awarded a CES 2020 Innovation Award highlights what an intelligently integrated camera system is capable of. This function went into series production for the first time at the end of 2018 in a SUV of an European car manufacturer.

When driving slowly - such as when parking or off-roading - the ground beneath the engine compartment is displayed on the screen in the vehicle. With the help of the new optical information, a vehicle can be maneuvered precisely and in a controlled manner in narrow parking spaces with high curbs, over speed bumps and potholes, or when off-roading over rocks and rough terrain. To the driver it looks as though the hood and the engine compartment beneath it are transparent.

"The image of the terrain around the vehicle is provided by the satellite cameras already installed in many vehicles. They are located at the front of the radiator grill, at the rear and there is one at the bottom of each of the side mirrors. However, the satellite cameras themselves cannot depict the space underneath the car. An intelligent Image Processing Algorithm developed by Continental, which also includes different vehicle sensor data, is reconstructing the image under the vehicle and inserts this image exactly into the surround view displayed to the driver", said Markus Friebe, Head of Visualization Functions at Continental.

The "transparent hood" is a further extension of what experts call "human vision" systems, which are based on camera displays and support the driver. Basically, this extends the surround-view system to include a view under the car. "We now combine this 'human vision' with so-called 'computer vision'. This term encompasses all camera assistance systems that go beyond mere display to provide a warning or intervention function, such as accelerating, steering and braking," said Sascha Semmler, Head of Program Management Camera at Continental.

"Computer vision" systems include, for example, intelligent front cameras that not only detect traffic signs, traffic lights, lanes or obstacles, but can also recognize and evaluate them. The driver then receives the appropriate acoustic, visual or haptic information or warnings - for example, if the car threatens to leave its lane. The camera can also be used as an emergency brake assist: If the system detects another road user in front of the vehicle, it automatically initiates emergency braking in order to avoid a collision as far as possible.

"In the future, this intelligence will no longer be linked to the front camera alone, but to several satellite cameras," remarked Sascha Semmler. "Functions where the vehicle will automatically brake in the future when reversing if, for example, it comes too close to a person behind the car, are going into series production."

Camera system functions can be individually configured in line with customer requirements
If all four satellite cameras, which permanently record the surroundings of the car anyway, are connected to a central control unit that can evaluate the image information and trigger the corresponding functions, not only is automated parking even safer, but remote or valet parking functions can also be implemented. The driver can then get out, and the vehicle finds its way into the gap by itself at the push of a button and parks in and maneuvers out of the space again.

The example of parking shows that Continental's new satellite camera system has a modular design and is scalable in terms of performance and functionality. From purely optical support for the driver with a 360° surround image of the vehicle environment to automated parking and completely autonomous parking after the driver has left the vehicle, all stages of the parking and unparking support can be realized by the system.

The rear-view mirrors can also be replaced by cameras in the future. Satellite cameras with an image resolution of 1.3 megapixels are currently being installed on cars, and a new generation of cameras with a resolution of 2.5 megapixels and excellent night vision performance is about to go into production. And Continental is already developing the next expansion stage for future applications: a camera with eight-megapixel resolution. It will be possible to replace the traditional rear-view and inside mirrors with these high-end cameras in future. They not only provide a pin-sharp image, but also the necessary data to precisely identify a motorcyclist coming up from behind, still far away but approaching rapidly, even in difficult light conditions. In such a scenario, the system could warn the driver or, if necessary, prevent the vehicle from changing lanes as planned.

Here, too, intelligently integrated satellite cameras not only reproduce reality as accurately as possible, they also evaluate the optical information in combination with a central control unit and help with an appropriate reaction. It is not only the camera technology that plays a key role here, but also the Assisted & Automated Driving Control Unit (ADCU) from Continental. In combination with the appropriate software, the ADCU always has an overview of the vehicle, its surroundings and the driving situation - and can react appropriately at any time. The satellite camera system is also making a major contribution to realizing Vision Zero  Continental's vision of a future without road traffic accidents.

Continental at CES 2020
Continental will showcase its latest technology innovations in a private exhibit at the Renaissance Hotel Tuesday, January 7 through Friday, January 10. An invitation only media event has been scheduled on January 7. Please contact Soeren Pinkow or Miriam Baum for details.
Check out Continental CES 2020 highlights on Twitter: #ContinentalCES

Continental develops pioneering technologies and services for sustainable and connected mobility of people and their goods. Founded in 1871, the technology company offers safe, efficient, intelligent, and affordable solutions for vehicles, machines, traffic and transportation. In 2018, Continental generated sales of 44.4 billion and currently employs more than 240,000 people in 60 countries and markets.

For Continental, automated driving is an essential building block of future mobility. It will significantly change people's journeys, for example, on the highway, in the city, and when parking. In 2012, Continental became the first automotive supplier worldwide to receive a license for highly automated test drives on public roads in the US state of Nevada. Sensors, control units, brake systems, software, connectivity solutions, driving functions as well as information and control systems for automated driving are developed in a global network focusing on Japan, China, the USA, India, and Europe. In the future, this will enable a wide range of solutions between partially automated and driverless vehicles. The aim is a seamless, efficient, sustainable, and comfortable mobility without crashes.


DISCLAIMER: This information is published as per the press release sent to us. It has not been verified or ratified by OVERDRIVE.
Tags:    connectivity |  Satellite Cameras |  continental |  Safety and Comfort |  CES 2020 | 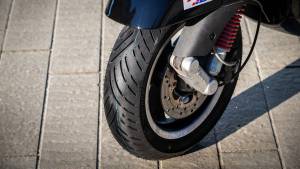 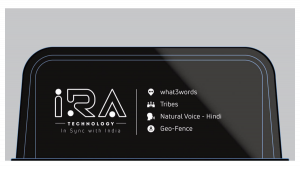 In conversation with: Rajendra Petkar on...

From 2023, Ford infotainment systems to be...
Advertisement