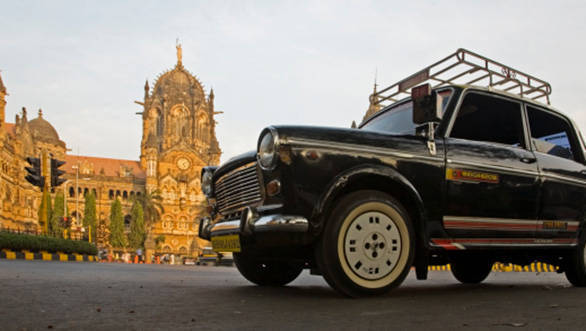 They're all over the place, taking people from one end of Mumbai to another - black and yellow Premier Padmini. The Fiat 1100D, as it was originally known, was manufactured in India as the Padmini by Premier until 2001.

The Padmini's four decade long reign over the city's taxi service is coming to an inevitable end. A government resolution issued on Tuesday has declared that the maximum number of years a taxi can run on road is 20. This limit was earlier set at 25 years. Since the majority of Padmini taxis fall outside this bracket, the resolution mandates that they be taken off the road before July 31.

The resolution has also upset taxi unions because what was earlier supposed to be a 2018 deadline has been changed to July 2013. Clearly troubled by the new diktat, union chief A L Quadros asked, "Why should the government do this when 1600 Premier Padmini taxis were voluntarily scrapped between January and May this year?"

Transport Commissioner V N More, explained that the decision aims to bring in a modern fleet of cabs for passengers. "We completed the due process of sending the relevant papers to the chief minister's office on May 24. The government acted promptly and issued the resolution," said More. "Many cabbies have replaced their cars with newer models despite some of them having been purchased as late as 2005-06. Hence, the number of Padmini taxis in Mumbai today is only around 10,000," he continued.

According to the unions, when most of the Padminis are scrapped, many drivers will find it tough to arrange the funds to buy new cars to replace their obsolete cabs. Requests have been sent to the government to offer them soft loans to buy new cars. The resolution though, may come as a relief to many commuters because most Padmini taxis are now coughing and sputtering metal jars that make only for a largely uncomfortable journey.

When this resolution takes effect, what was once a ubiquitous part of the island city will become a relic.