Pravaig, a start-up based out of Banglore has officially launched its first electric SUV the Pravaig Defy and has slapped a price tag of Rs 39.50 lakh on the vehicle. Pravaig also promises to start car deliveries in the later months of 2023. A 90kWh battery pack from Pravaig powers Defy's two electric motors, which provide a massive 402PS and 620Nm to all four wheels. The system has a range of more than 500km. You can reach 100 kph in 4.9 seconds from a complete stop, and the SUV can take you as fast as 210 kmph. It takes 30 minutes to charge from nothing to 80 percent when connected to a fast charger.

An angular design gives the Pravaig Defy a butch appearance. The SUV does contain several aesthetic cues that make it look like a Range Rover Velar. Sharp cuts can be seen in the front design, which also includes an LED light strip that spans its width.

In terms of its profile, the SUV seems huge and has a black-painted upper half, but the angular windows and sloping roof give it a dynamic appearance. The tailgate and a horizontal LED light bar are elegantly merged with the strong character line that extends from the rear fender over the width of the vehicle. 18-inch alloy wheels with 255/65R18 tires are standard on the Defy EV SUV. 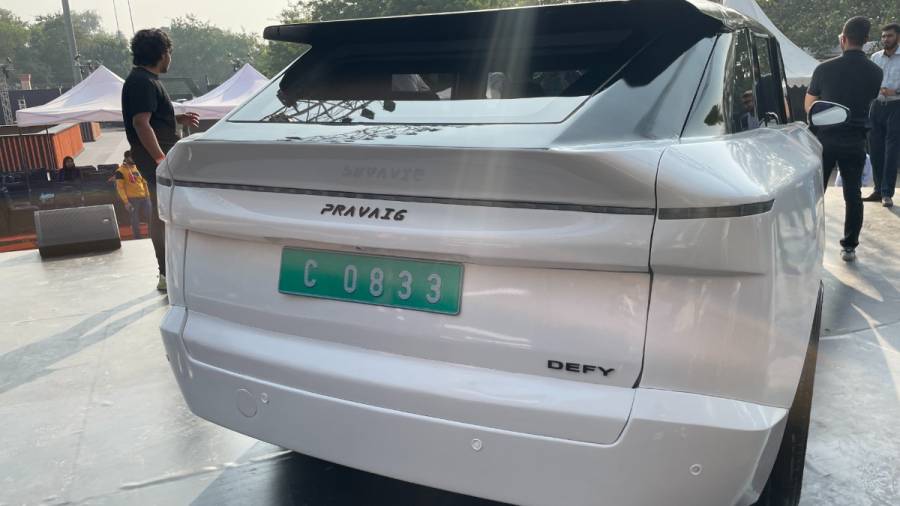 On the inside, The Defy adheres to a sustainable motif. Environmentally friendly materials are frequently used, including recycled nylon, vegan leather, and technical textile made from PET bottles. Regarding extras, there is also a sizable 15.6-inch touchscreen infotainment system that resembles a Tesla. Air conditioning and motorized front seats, a dual-pane glass roof, an air filter, and ambient lighting should also be standard.

The company claims it can service the Defy SUV and provide emergency roadside assistance at 34,000 PIN codes throughout India, despite withholding dealership information. The company offers a free one-year trial period that may be extended to four years. 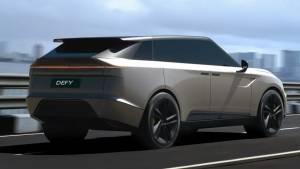 Pravaig EV: What to expect?
Advertisement