Porsche teases return to Le Mans with its LMP1

Porsche has revealed photos of its LMP1 racecar, which is under development for the 2014 Le Mans. LMP1 is the top class of Le Mans Prototype.

The silhouette is fairly similar to other LMPs but the rear wing, roof scoop, LED lights and rear diffuser grab attention. The rear wing is also vertically lined with LED lights. Porsche uses the four-pronged layout for its headlamps. 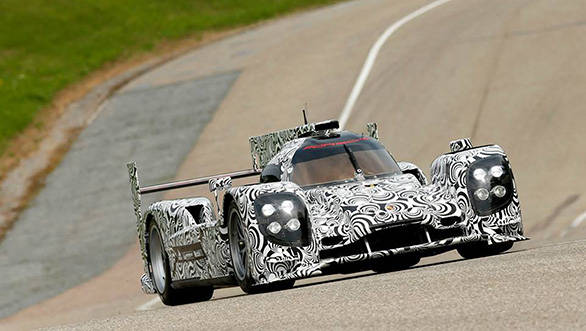 Porsche uses the four-pronged layout for its LED headlamps

The German car brand has also set up a dedicated microsite to keep enthusiasts updated about the racecar's progress and other intricacies.