Volkswagen Motorsport India has had a successful four-year run so far. Since its inception in 2010, the company's motorsport arm in India has managed to go one step better each year. From starting out with diesel-powered Race Polos, moving to petrol power and paddle-shifters and eventually developing the brand's Customer Sport programme, the progress that has been made over the last four years has been tremendous. But the biggest change in the VW camp of late has been the departure of Prithviraj Siddappa as head of motorsport. 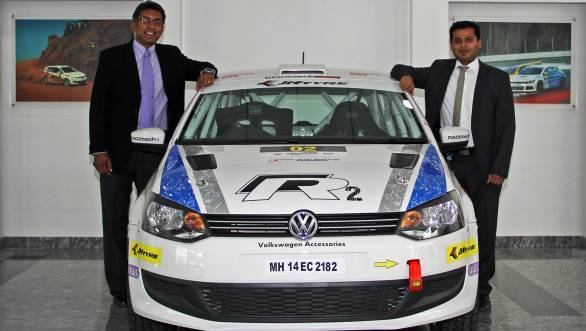 The mantle has now been passed on to the new Head of Motorsport - Sirish Vissa. Vissa has been associated with Volkswagen Motorsport as a consultant in the past and brings with him immense technical experience and know how, having worked exhaustively in motorsport in the United States in the past. He's even worked on developing an LMP1 car for the 24 Hours of Le Mans - it doesn't get much more hardcore than that! OVERDRIVE caught up with the new man in charge for a quick chat about VW Motorsport India's plans for the 2014 season.

Focus on driver development in 2014

With regard to the Volkswagen Polo R Cup, Vissa revealed that there would be no major technical changes to the cars for the 2014 season and that the cars would essentially be the same as those used in 2013. However the big change for 2014 would be in terms of driver development. Vissa declared that one aspect of driver development would be in terms of fitness. "We will focus on driver fitness, conducting a fitness camp and we also plan on tracking the fitness of each driver over the course of the entire year - in terms of nutrition, diet and overall fitness," Vissa declared. 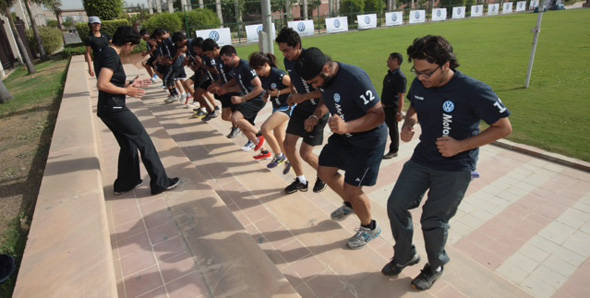 The other aspect of driver development will be in terms of analysis of data, with special emphasis on understanding lap times - making drivers aware of where and how they are gaining and losing time on each lap. "It's very easy for us to introduce a new technological innovation such as push to pass, or increase the power of the cars," Vissa says. "However, what we noticed last year was that of a grid of 20 drivers, only two appeared to mature and move to the next level. So the plan now is to track all 20 drivers and focus on improving them by keeping a check of their progress all through the year." 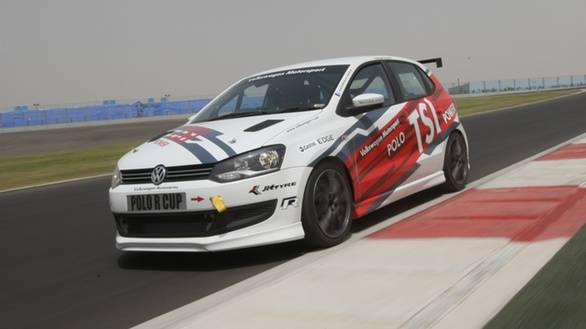 This driver development will be achieved by appointing more than one driver coach. "Last year we only had Rayo (Rayomand Banajee) as a driver coach. But this year we plan on having at least two driver coaches per round, maybe even increasing it to three," Vissa stated. He also went on to declare that each driver would be required to maintain a binder over the course of the year that would essentially become, in his own words, their "Bible through the season". This binder will contain detailed reports on their fitness and nutrition, as well as comparative charts that record the driver's best lap time of a session alongside that of the overall best time of that particular session. The idea is to increase the knowledge and racing acumen of each driver over the course of the year.

Rahil Noorani to drive single-seater in 2014

It is with this thought in mind that Volkswagen Motorsport India has decided on a slightly different approach to 2013 VW Polo R Cup Champion, Rahil Noorani's career growth. While in the past the Polo Cup champion has directly graduated to a year of racing in a full season of the Scirocco Cup abroad (as we saw with 2010 champion Sailesh Bolisetti and 2012 champion Sandeep Kumar) this time the approach will be more gradual. 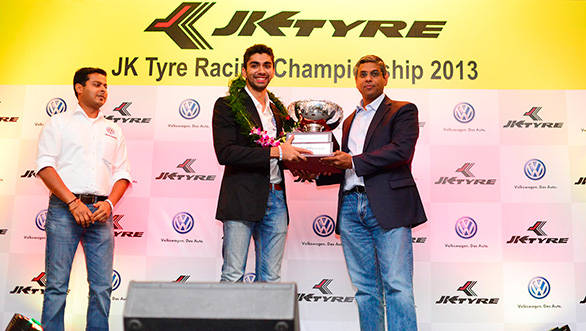 2013 Polo R Cup Champion, Rahil Noorani, will race in the FB02 championship in 2014, along with a few rounds of the Scirocco R Cup

To begin with Rahil will compete in the entire season of the FB02 single seater championship (that run the former Formula BMW cars). Alongside this he will compete in some rounds of the Volkswagen Scirocco R Cup, but will not do the entire season in his first year. "Driving a single seater is a more nervy affair and it is more on-the-edge. It requires a sharper driver," Vissa said. "So our plan is to have Rahil get the right exposure and gain the right experience so that when he finally does a full season of the Scirocco Cup, he will be in the top 10."

Now on to the brand's Customer Sport programme. There are two aspects of VW Motorsport India's Customer Sport programme that have garnered attention. On the one hand there is VW assault on the Indian National Rally Championship that took place in 2013 - with a fleet of Rally Polos taking to the INRC stages and proving that Volkswagen's 'Rally the World' slogan isn't in vain.

According to Vissa, the interest in the Customer Sport programme has only grown. "A lot of people have approached us, wanting to switch from whatever it is they are driving currently to Volkswagens. We have had four or five requests prior to the Auto Expo and an addition three at the Auto Expo itself," he declares. "In fact the cars aren't being requested just for rallying, but for AutoX as well," Vissa states. "Our aim in 2014 is to empower privateers to master their rally cars," Vissa declares with the gusto of a motorsport enthusiast. The aim is also to increase the existing number of 6 Volkswagen supported Polos in the INRC by a further 6. 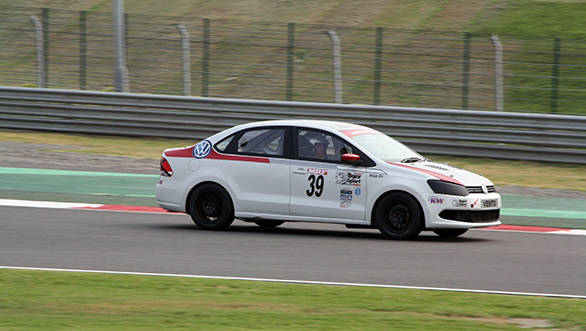 Then there is the other side of the Customer Sport programme, with Tiger Sport India running a Volkswagen Vento in the Indian Touring Car class of the National Racing Championship. "We aim to help them make all the improvements needed to ensure that they run better in 2014," he says.

Possibility of R2 class in the 2014 INRC

But one of the most significant developments in 2013 was the advent of the Volkswagen Polo R2, driven by former PWRC champion Karamjit Singh. The R2 brought with it the possibility of a new class being introduced in the Indian National Rally Championship. "In 2013 we were evaluating the R2, sort of having a trial run to see what the car can do, but as of now we need to work with the FMSCI and the Rally Commision to see what their plans for 2014 are with respect to this class." Of course there is talk aplenty of a budget cap floating around, with regard to the introduction of this class, but with a lack of clarity on the matter at the moment, VW Motorsport isn't making any further comment on the subject. What happens to the Polo GT Tdi that was rallied at the Chikmagalur Rally in 2014 also remains to be seen. 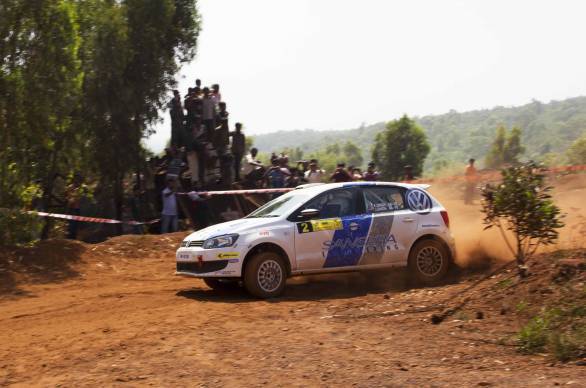 However, what will be interesting is to see how these two aspects - one of driver development in terms of racing and the other of technical development and support in terms of the Customer Sport programme - progress. There's a whole season ahead for us to watch and learn, then! 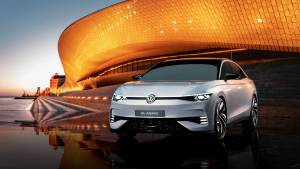 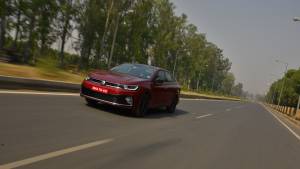