Ever since its launch, the Vespa has been getting constant updates which have spawned four trims levels for the scooter so far - base, S, VX and Esclusivo. Piaggio India has now added one more, the Eleganté, albeit for a limited run. The Vespa Eleganté can be distinguished from the other variants by a split seat and a new octagonal grille on the apron instead of the current round one. Other additions include a chrome bodywork protector and the Eleganté badging. The Eleganté is based on the VX trim and officials at Piaggio confirm that there are no changes in mechanicals or specifications. The Vespa Eleganté will be available in two colours - a pearl white and a metallic brown. The latter, says Piaggio, is inspired from the colour of a certain clay found in Siena, Italy. Piaggio hasn't announced prices yet, but expect them to come out later this week. Look out for more updates on OVERDRIVE. 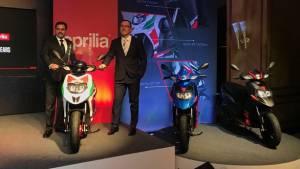 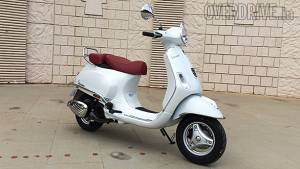