Transitioning from concept to actuality, the Peugeot RCZ R is being primed for its official unveiling at the Goodwood Festival of Speed on July 12. The French carmaker calls the RCZ R its most powerful street car ever.

Its 260bhp comes from a 1.6-liter turbocharged inline four-cylinder engine. Peugeot says the car "promises intense dynamic sensations from the legacy of its race-bred experiences." Peugeot is also claiming that the RCZ R will set new standards for efficiency, with a C02 emissions target of just 155g/km.

The suspension will be custom tuned and the RCZ R will also have the unique styling similar to the concept car that was shown at the Geneva Motor Show in March. The concept had twin exhausts, multi-spoke alloy wheels and stylish copper detailing along the distinct roof line and brake calipers. 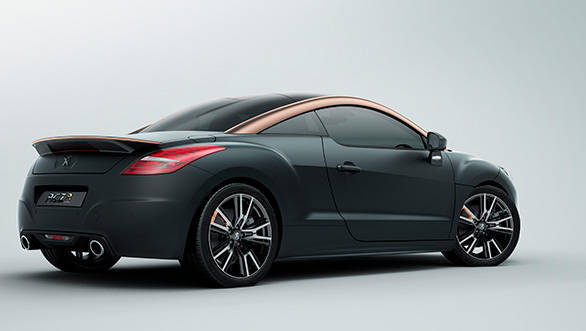 The RCZ R will not be a special-edition model but will instead be offered along the revamped range of Peugeots. Two red RCZ R will be on display on the stands at Goodwood. Peugeot ambassador Bradley Philpot will also be driving them up the famous hill road. The international launch is tipped to be in November.