Why we are rooting for Williams F1...

The word has been stuck in my head for the past few days now. Perhaps it has something to do with the fact that 2019 Formula 1 testing has already begun. And even as the Ferraris and Mercedes machines are blazing away at the top of the timing sheets, a very prominent name in the sport seems to have gotten off to a rocky start to the season.

See, despite the fact that the Williams team were able to debut their new-for-2019 ice-blue livery ahead of the start of the season, complete with a new title sponsor, the rest of their pre-season testing didn't really go to schedule. First, Rokit Williams Racing skipped their shakedown. Then they announced that they'd have to miss the first day of testing, since their car - the FW42 - wasn't ready. A day after that, came the announcement that they'd have to skip the second day of testing as well, with team personnel still working around the clock to make sure that the car could take to the track for the third day of testing. And even while that did happen, the team's run in the second round of testing wasn't entirely trouble free. Not the ideal start to the season for the team. And exactly the sort of beginning that drivers Robert Kubica and George Russell wouldn't have wanted. 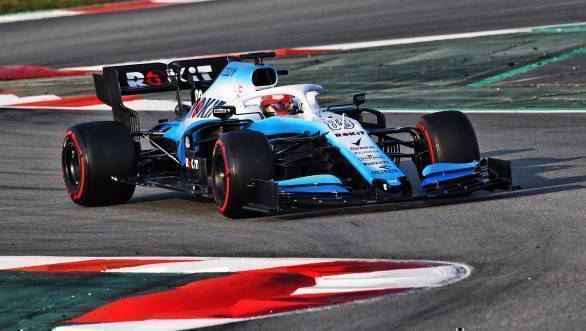 When the initial delays that the team had during testing were announced, Claire Williams, the deputy team principal of the Grove-based outfit spoke to the press and said these delays were "very disappointing". However, the fact that she also talked about just how hard the team was working to try and make it to the F1 paddock as soon as they could, made my mind's eye wander. I saw, at once, Williams' glory days. Alan Jones, Keke Rosberg, Nelson Piquet, Nigell Mansell, Alain Prost, Damon Hill and Jacques Villeneuve winning championship titles and bringing the privateer team much joy and many accolades. And I couldn't help but wonder what, at that point, the atmosphere within Williams HQ might possibly be like. Race engineers, aerodynamicists and mechanics, all burning the midnight oil at the team's Oxfordshire factory, I imagine. Every one of them an integral cog in the company's wheels. And each one of them determined, and trying by dint of sheer hard work, to get that FW42 racing as quickly as they could.

And it was as the Williams team (who have a total of nine constructor's championship titles and seven drivers' championship titles to their credit) found themselves hustling and bustling to get their car race ready, I found myself wondering about another battle entirely. Albeit a very significant one. The fight to get to the grid. Which in itself is a gruelling and exhausting business. After all, the start of the racing season also represents a temporary end to all the activities that go on in the background. The endless meetings with sponsors, the signing of contracts, the many convoluted adventures that one goes on in one's quest to go racing. It's also the end of the race to race, if you will. The end of that wicked period that is as stressful for teams who are looking for sponsors (and miracles of engineering) to help them, as it is for drivers hoping to finally get noticed.

See, for the motorsport fraternity, and for motorsport fans, every new year comes in two parts. The first, when the old calendars are thrown out, and new ones are brought in and put to use. Calendars with blanks spaces waiting to be filled with appointments and events, that one hopes will someday turn into anecdotes and memories. And the second, when the racing begins in March, as F1 cars and grand prix motorcycles line the grid for the first races of their respective seasons. When the waiting can end, and the racing can begin. When the chosen few, the elite, the fortunate, can don their helmets and racing gloves, and battle for points, for wins, and for championship titles.

Which brings me to this. For every single racer who you see lined up on the grid, inside a racecar, or sitting astride on a race bike, there are at least ten more out there (possibly as skilled and sometimes more skilled) who haven't managed to get a race seat. Not every single prodigious talent finds a sponsor to back him or her, or a competitive race machine in which to display their prowess. The reasons for this are usually complicated, but suffice it to say that it is the way motorsport is. And it is the way that life is. Which means that while some begin their year with hope and promise, others begin theirs with disappointment and despair.

But it's the ones who take their dashed hopes and turn them into something constructive, who are the most admirable. They're worth watching. They might often appear weary and weather worn, but they'll fight till the end. They might not win, but they'll battle with courage. And they might not always get things right, but they'll keep right on trying. What they lack in trophies, they'll make up for in stories of how they gave it their very best shot. And what they'll never, ever do, is allow bitterness to creep in and turn that disappointment and despair into defeat.

(A version of this column first appeared in the March 2019 issue of OVERDRIVE.)