Why the Kawasaki H2/H2R is interesting, amazing and irrelevant right now

When the teaser videos rang with the sound of dump valves whistling under gear changes, we knew Kawasaki were about to blow the doors of the world of motorcycling.

The H2R, when it debuted at the Intermot show, was all that. It wore carbon-fibre in an aggressive, nasty form that clearly reflected the triumph of function over form. It dragged in names of all of the Kawasaki conglomerates as partners in, er, crime. It also promised nearly 300PS of power and a host of electronics to turn that into useable power that will deliver "acceleration that you've never felt before."

And yet, I'm unmoved. Allow me to explain.

1. Supercharging and turbocharging were always coming to motorcycles

The last time motorcycle engineers messed about with bringing super- or turbochargers to bikes, the results weren't as great as expected. But time and technology move on and now we have figured out how to bolt both of these forced induction solutions on motorcycles. 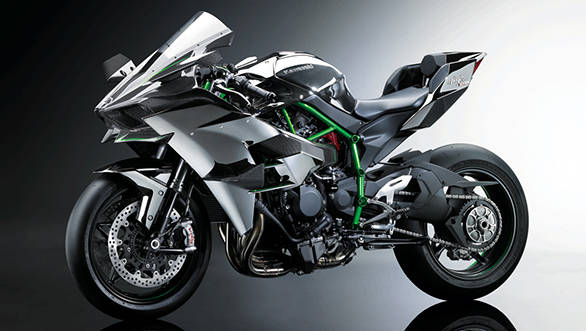 More importantly, they will soon become critical as downsizing of engines as a response to emissions requirements becomes a greater and greater concern within motorcycle development. You can bet your bottom dollar that the H2/H2R are the first of many, many motorcycles that will feature ways to compress air before sending it into the cylinder(s). In that sense, the H2R is the portent of a powerful new future yes, but it will shortly be far from unique.

2. The H2R is a closed course motorcycle!

What that means is that you (we), will not see many (if any) and chances are you (and we), will never get to ride one. That might be true for most of you even with relatively modest exotics like a Suzuki Hayabusa or a Kawasaki ZX-14R. But the chances of you riding a MotoGP bike are only marginally lower than riding an H2R. So you're free to get as excited as you like about a 300PS bike. Truth is, it's unobtanium.

Yes there is. I cannot wait to see it debut at Milan later this year and a 220-240PS sportsbike should be fun to see. I believe that all this carbon-fibre shardery will be reigned-in quite a bit and Kawasaki will actively make it hard to turn traction control off lest you highside yourself into a hospital bed.

But I bet that this bike will come to India and go on sale and many of our economically well off motorcycle enthusiasts will lust after it with a vengeance. The reason is simple - if you can afford it, a Ducati Desmosedici is perhaps the ultimate ownable motorcycle. In that sense, the H2 is properly exotic as well. But Kawasaki is Japanese which means chances are the H2 will be exotic in performance but realistic in terms of ownability. Maintaining one won't be cheap but it will be possible without significant spares, parts and human expertise logistics. 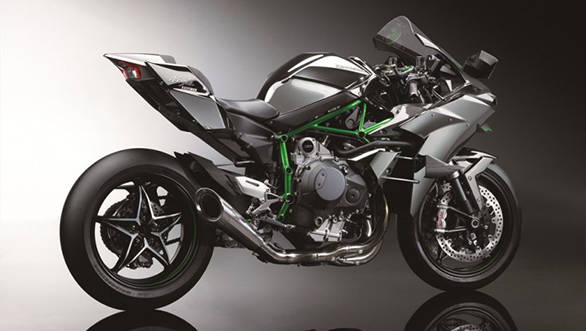 Don't misunderstand me. Making a 300PS motorcycle that you're willing to sell to the buying public is not a small feat. I'm sure Kawasaki conquered immense engineering challenges on the way to finalising both the engine and the brand-new trellis frame. I'm not even slightly trying to diminish the scale of achievement that is the H2R and will be the H2. These bikes are milestones. They're just milestones on a route that I don't think I will be using too often.

4. Supercharging a litre-class engine is a statement, not a reality

The biggest reason I believe the H2R is simultaneously amazing and irrelevant is because Kawasaki have chosen to force induct a litre-class motor. That's the same sort of lunacy as the tuning houses that take 600PS cars and turn them into 900PS monsters. The 900PS monster is hardly ever a daily-driver. It's the thing you roll out for special occasions and to ensure the Joneses know they're nothing.

Look at the car world carefully. You will notice that turbochargers and superchargers are being tasked with delivering realistic performance from smaller engines. They're not being used to boost regular engines to idiotic performance levels. Where extraordinary performance is needed - for example from the performance variant of a car - then both are employed to give a 20-30 per cent rise in output.

That's a critical point. Going forward, motorcycles as they have been doing since the beginning, will follow that trend. Forced induction will not be a way to more power, it will be a solution to maintaining the performance levels while increasing efficiency and economy and while  reducing the size of the engines and the size of their emissions footprints.

The reason why I'm convinced that the H2R and H2 are a mere statement and the more serious force inducted motorcycles are still unseen is because of the power levels on the big bikes. If you go back and read the reviews of litre-class bikes as far back as 2005, you will start to come across statements about how the power was above what the average good rider could use. This isn't fiction, it's true. Most of us would find 180-200PS very hard to use effectively. So 300PS is just something you will use fully to bench-race.

What I think will happen is that the litre-class as a displacement category will be replaced by smaller engines making that kind of power. A turbo- or supercharged 750cc or 600cc engine making about 180-200PS might actually be lighter and have slightly better economy, emissions and performance than a naturally aspirated 1,000cc engine.

What I'm excited about is a supercharged 400cc-class motorcycle as a sportsbike. You see, I've already reached the conclusion that a 600cc supersport is my ideal motorcycle for everything except off-roading. I can make it work such that I could ride to work everyday, tour and make track days zing as well. And I would be happy to replace that with a turbo- or supercharged 400-500cc motorcycle that brings about 150-170kg of motorcycle into a confluence with say, 130-160PS of power. Now that would be sweet. And I can't wait to taste it.

More from OVERDRIVE on the Kawasaki H2R