Why the Gauhati Court order was a good move

Just a few weeks ago, there was news that the Gauhati High Court had barred the launch and sale of several models from Assam. Overall, some 140 car models sold in the Indian market would be affected by this ruling [Team OD: This column appeared in the September 2015 issue of OVERDRIVE. As of August 31, 2015, the Gauhati High Court has revoked the ban in Assam].

The reason was simple  the cars were deemed unsafe for driving in the hilly region. I'd like to stand up and give a big hug to the judge who passed this judgement. As for the petitioner who stood up and demanded this ruling, I salute you.

The courts hold the right opinion, that driving in hilly regions is far more dangerous than in urban areas and therefore, the safety standards required in the vehicles sold needs to be better. I'm hoping the courts have the right amount and quality of information on their side to have passed this ruling because SIAM and the automotive industry are going to retaliate against this order in a big way.

However, the fact remains that driving in hilly regions is highly dangerous. Team OVERDRIVE just returned from a Live Life in OVERDRIVE experience in Ladakh and not just me but every participant on that drive can vouch that the hazards of driving in hilly regions are real. The lack of smooth, wide and well-marked roads, ignorant and often irresponsible drivers and quicker cars are all strong ingredients for a disaster in the making. The climb up from Chandigarh to Manali has several accidents happening everyday  some survive, several don't. I presume things all over Assam, which is a predominantly hilly state, are worse.

I have often said the best way to bring about change sometimes is to tread the extreme path. So the High Court order, in my opinion, is the right approach to goad manufacturers into seriously paying attention to the lack of safety in several of their products. So far, most manufacturers have preferred to tread the path of least resistance, stating that their cars conform to Indian safety requirements which is as dubious as the claims constantly made by India's political class. That the Gauhati High Court has asked that these cars conform to Global NCAP standards is a shot in the arm for those wanting safer mobility solutions.
With the ban affecting some 12 per cent of cars sales contributed by the North East regions, some change is imminent and soon. Obviously, the cars most affected by this order are the small hatches and mid-sized sedans but then these are also the segments that see the highest number of sales and also highest number of road accident deaths. If the ruling pressurises manufacturers and the Government to respond with proper crash safety norms and implementation of safety features in cars quickly, then I think it has done its job.

However, I do have some fundamental issues with this order. It chooses to discriminate against sub-1,500kg cars and quadricycles. Why stop there and not spread the blanket uniformly? Do all cars that weigh in over 1.5 tonnes offer an accepted level of safety? I don't believe so. SUVs are exempt from the ruling as well and I am just not sure how the court reached that conclusion. That, to me, indicates the conclusion reached isn't calculated thoroughly.

However, safer cars aren't the only solution to preventing deaths in accidents sure it mitigates some of the issues but there is more that needs to be done. The court should have also take cognizance of the fact that bad roads are to blame equally. They should have also put the onus on the local government bodies to spruce up infrastructure requirements. Wider, smoother and rubble-free roads in hilly regions will provide drivers greater control over their cars, ultimately reducing the odds for getting into an accident. One of our biggest challenges on the Independence Quattro Drive was the bumpy, often dusty road surfaces which lead to a loss of traction. Expensive cars have traction control and stability programmes to ensure a safer driving experience. But small cars will definitely not be able to afford these system,so why not then provide them with better road surfaces. Isn't the government as liable as the manufacturers to providing a safer driving environment? 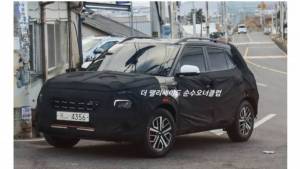 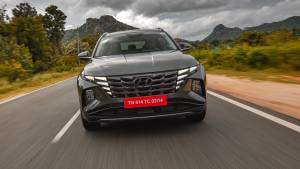