I recently travelled to Abu Dhabi where I spent a day driving at the Yas Marina Circuit and a couple more days wandering around the marina. The event was a celebration of Michelin's 125 years but the highlight for me was, of course, the driving bit on the circuit. The circuit, however, was much like how Kimi Raikkonen summed it up in his indiscreet point blank manner - "is shit". But then not many will ever drive on the circuit to know what it means. The circuit was built for the driving pleasure of just a few but more importantly, for the viewing pleasure of many and in that respect, it is 'the shit!'

Yas Island, home to the marina, the racing circuit and so much more, is one of many projects undertaken by the Abu Dhabi Government and a consortium of private investors to bring tourism to the emirate. I have little or no idea if it is succeeding in doing so but after having seeing it up close, Yas Marina to me is the benchmark other circuits around the world must emulate.

Racing today even at the highest disciplines is seeing lower and lower on-location spectators. While diehard fans continue to make the pilgrimage to the circuits of their choice, their numbers aren't enough to fill the stands. And tourism isn't getting any more people trackside. The reasons are simple. One, most of the top flight races are televised and spectators prefer watching the race in the comfort of their couches at home, stocked up with beer and chips and friends. It's simpler and significantly cheaper. Second, even if people have to make the trip to a circuit, most of them are located way too far from anybody's comfort zone. So you make the long trudge to the circuit, watch the race and then get stuck in a sea of traffic for the next few hours trying to make it back home. And this happens to be qualifying - race day is another story altogether. Except for the street circuits like Singapore and Valencia, most racing circuits are very inconveniently located. And even after you get there, the facilities are quite limited and therefore crowded during a race weekend, unless you're parked in a VIP box. 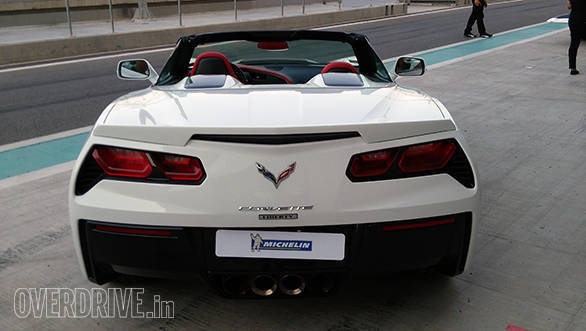 Yas Island, I believe, has all the trappings to become one of the legendary motorsport destinations for years to come.

Let's begin with the track which is central to the entire Yas Island project. It has several driving programmes attached to it for the general visitors to participate in. This gives you the opportunity to get intimate with the circuit. But nothing prepared me for the next one. On several days of the week, the circuit is opened up to general public who, for a small fee, can either choose to cycle or jog on the circuit. The sheer potential of this opportunity boggles the mind. Imagine riding a cycle around the Yas Marina Circuit on exactly the same lines where, once a year, the fastest cars on the planet battle each other for glory. And then imagine going for a jog or a walk on that same circuit.

When you head there for a race weekend or a track day, you can choose between staying in one of the seven hotels that are located just about 20 minutes away from the circuit if you walked. Of course, the heat can be oppressive, so simply avail of the complimentary shuttle service provided on Yas Island. Of course, Yas Island isn't too far from downtown Abu Dhabi, so if the need arose, you could always make the 15 minute drive there on a broad six-laned highway.

Now if racing isn't your thing or lounging by the pool isn't relaxing enough, you can head down to Ferrari World or the water park and spend a whole day there. Ferrari World has the world's fastest roller coaster, the Formula Rosso, while the water park offers some spectacular rides that end up in you getting dunked in water. If even that isn't your idea of a wholesome way to spend the day, there are malls, cafes, bars, nightclubs or just a walk around the marina, gazing at the yachts assembled there that should allow you to tick some boxes off a list. A trip to Yas Island can never leave you idle - there's something to fill every minute of your time there.

The point I'm trying to make here is that a similar opportunity existed for the Jaypee Group. Except I do believe their priorities got a bit mixed up. The BIC is a brilliant circuit but alongside it, there is nothing to fill one's time. In my opinion, Jaypee Sports City within which the Buddh Circuit is housed should have first kickstarted a shopping village for discounted goods - always a sure shot crowd magnet. A theme park next would have further enhanced the tourist experience giving visitors a reason to spend more time and their money at a destination that is pretty distant from civilisation. At least two or three hotels within walking distance of most of these attractions would add a whole new level of convenience. This would also automatically have allowed the proliferation of dining options and watering holes. Then a racing circuit would have made sense because by then, people would have had enough options around to indulge their time in.

Unfortunately today, the Jaypee Sports City has turned into a desert, the oasis that it could have been looks like a pipe dream. The circuit is staggering under massive losses, one F1 race alone is not a viable business plan, not when most of the proceeds from that event don't come home. Several key people associated with the circuit since its inception moved out. One particularly active manufacturer who held several driving programmes at the circuit hasn't renewed its contract this year. Others too are looking at moving on. The future of India's premier motorsport destination looks bleak. I wonder if there is any plan to get things back on track.

When does the Indian GP make it back to the Formula 1 calendar? 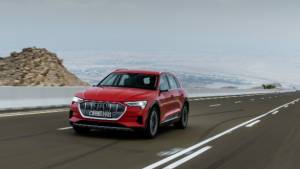 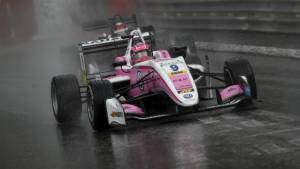 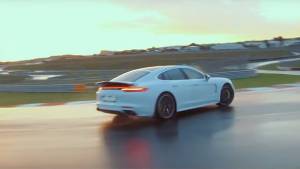