What if they were still racing...

Do multiverses actually exist beyond the realm of comic books and superhero films? I don't think they do, and I'm far too lazy to go and do the research to find out just how much of a possibility they might be. Besides, the science (is it theoretical physics or is it quantum physics?) of it all is likely to go right above my head. However, every once in a while, the many possibilities that these fictional universes hold, help conjure up somewhat tantalising flights of fancy in my imagination. And I fall down a rabbit hole of what ifs. A dangerous business, I assure you.

This time around, one part of this flight of fancy has been triggered by a story I recently read by Manish Pandey. The same Manish Pandey who wrote the brilliant movie that is Senna. In it, he talks about what might have been... what could have been... had Senna walked away from that crash at Imola in 1994. It's a goosebump-inducing, tear-jerking piece of writing, and I urge you to find a copy of Road Rat Issue 3 in order to read it. It was this very story that made me think of the many what ifs that might have been possible had so many other racing heroes not perished at various racetracks.

Imagine a world where Jim Clark never perished at Hockenheimring. Or a world where Jochen Rindt need never be referred to as the sport's only ''posthumous'' world champion. Or a world where Gilles Villeneuve never crashed at Zolder, and instead became a multiple world champion for Ferrari. A world where Jules Bianchi had that same chance, because he walked away from that accident at Suzuka. Or better still, imagine all these worlds coexisting at the same time - multiverses where they're all still alive, leading out happy existences, having raced to their collective heart's content back in the day.

And it's possibly the timing of it all that also makes me think of a world where Stefan Bellof still lives. 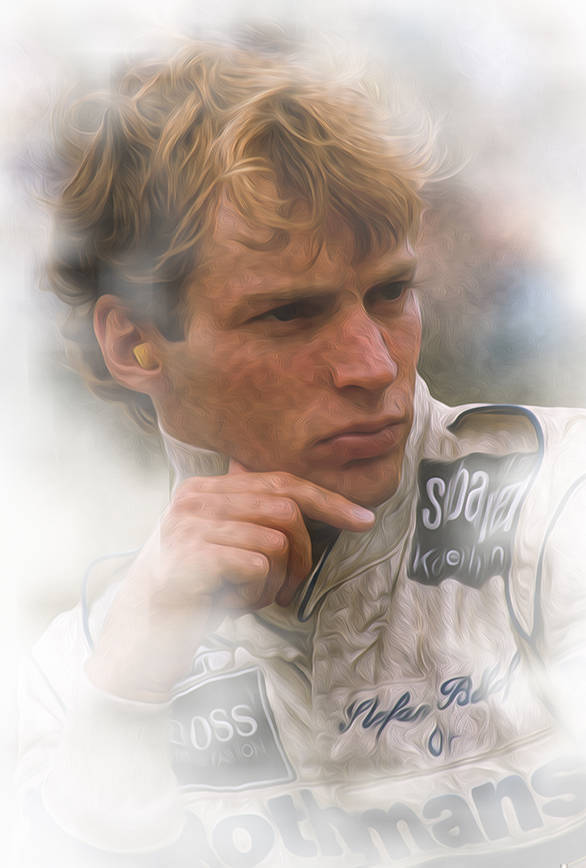 If Stefan Bellof had still been around, he would have turned 62 on the 20th of November, 2019

If Bellof had been around today, he would have turned 62 on the 20th of November 2019. When he fatally crashed at the Spa Francorchamps circuit in 1985, piloting a Porsche 956B-116 at a round of the World Sportscar Championship, he was just 27. And already a formidable talent - one that had caught Enzo Ferrari's eye. Bellof and Ferrari had come to an understanding that he would race for them in the 1986 season of Formula 1. It would have allowed Formula 1 fans a world where Ayrton Senna, and Alain Prost, raced Bellof in a potentially competitive car. So what if when Bellof had tried to get past Jacky Ickx's Porsche 962C, they hadn't made any contact. What if Bellof hadn't gone straight into the barrier. What if, what if, what if.

And once one's mind is already filled with so many questions, it's hard to escape that most confounding question of all - why?

Back in December 2015, I made a little pilgrimage to Giessen, Bellof's hometown. It's a journey that I'd planned so many times in my mind, and a journey that I had begun to believe might never actually happen. Not in the manner in which I wanted it to, at any rate. But when it happened, it exceeded my expectations. I had the chance to sit down with Georg 'Goa' Bellof, Stefan's brother, who was older than him by a year. He told me stories of their childhood, stories of their early days in motorsport, and tales of Stefan's prodigious talent. And he also recounted to me in great detail the events that transpired that day. And over the course of our conversation, he kept circling back to the fact that the "why" of it all was immaterial.

It's a sobering way of dealing with life, but possibly the only way to deal with it in order to keep one's sanity. It extends at least to the things that are really and truly beyond one's control. Things like cancelled flights, and erupting volcanoes, and what the world potentially thinks of you. Some of this you can try to influence, but you certainly can't control. And in a motorsport context it extends to things like blown engines, another car ramming into you for no fault of your own, and tyres that seemed fine but decided to shred themselves to bits even though theoretically they had plenty of kilometres left in them.

Which brings me to this - if you can't control it, don't think about it. If you can control it, try your very best. The rest has a way of falling into place.

Over the course of the 2019 season of motorsport, especially following closely the fate and fortune of one particular racecar driver, it's been driven home to me, more so than ever before, that what ifs, while so very tempting to think about, count for absolutely nothing. And beyond free will and science, there is no why. But there is a now. And while you don't get do-overs, sometimes you get second chances. And you've got to make them count.

Click here to read our letter to Stefan Bellof.