The freedom to rent bikes and ride them

Ladakh was made for motorcycles. Its roads are vastly easier to ride than drive. You get to be in the amazing place as opposed to passing through it listening to trance and messing with the aircon. Bikes is how it should be experienced. But this visceral, usually life-altering experience is about to lose its simplicity.

Consider the Ladakh road trip. The big plans usually begin with riding the bike to the mountains. Then reality strikes. You have to ride for five or ten days each way before the mountains even begin. Very few people today can afford the luxury of a 20-day ride. The size of the task at hand is part of what makes Ladakh memorable, and bucket-list worthy. No one rides there on a whim. It's an occassion. And when you don't have 20 days, you've only one option left, to rent a bike. And that is where the trip is about to get complicated. 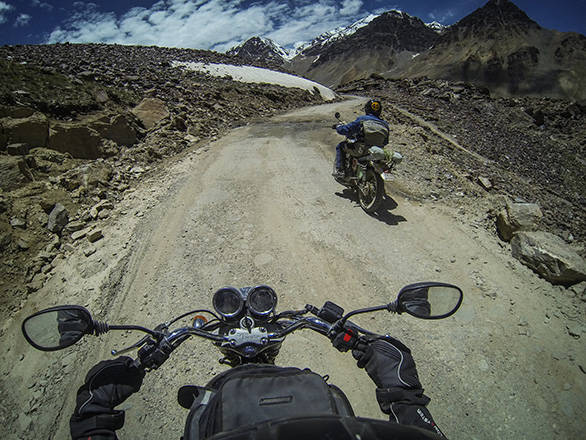 Ladakh's roads are vastly easier to ride than drive

Meet the ALBRU or the All Ladakh Bike Rental Union. I've been sent a copy of a circular that the union has apparently sent out to all tour operators in the country. What it says (verbatim) is this. "It has been decided that from year 2014- onwards Non-Local Bike rental Company shall not be allowed to use their own bike rather they have to hire a bike from a local bike rental company, from the time they enter Ladakh region, and Zanskar region. That it has also been decided that all the Non- Local bike rental co. shall be circulated with this circular and request them to abide by the rules. That the ALBRU is an approved body by the Govt. and, if any Non-Local Co. does not cooperate with us, we shall take stern action against them." ALBRU further hopes that they "shall be co-operated by all stake holders in smooth functioning of the Bike Tours in Ladakh region." The document is dated September 1, 2013. And signed by a man known only as "President" and is marked to a number of police officers around the Leh region.

Bike rentals is not a small thing in Ladakh anymore. When I went on the ODIQD, Leh actually reminded me of Goa minus the beaches - it was a warren of narrow streets with cafes, handicraft shops and bike rental places. So you can be sure that the ALBRU has lots of members. All of whom are collectively rubbing their hands at the prospect of a cash register that will ring from when the passes open in May till the snow finally shuts Ladakh off come winter. Their proposal puts into effect a government approved monopoly on bike rentals.

Obviously, this has angered all the tour operators who visit Ladakh. So they're planning an association that intends to hire a lawyer, at ` 15,000 per operator to fight to rent their own bikes to their tour groups.

As far as touring Ladakh on rented motorcycles goes, winter is coming. Unfortunately, there is already a precedent for this. Rohtang became famous as the world's highest mountain pass to perpetually feature a traffic jam. The HP government stepped in. The logical solution was to regulate the number of vehicles and the hours of entry and exit. But the government decided that only HP-registered taxis will ferry tourists to the top. And a separate organisation will hand out permits to cabs and cars from other states to go through the pass and carry on past Rohtang. Except for the people who come to see Ladakh everybody wins.

But at least this applies to yellow-plate taxis and is therefore that much easier to regulate. Bike rentals stand on far shakier ground. First, most states don't actually permit commercial registration for two-wheelers, so many rental companies run private plates. This makes taking a, for instance, legal Goa-rented bike with yellow plates into neighbouring states an exercise in harassment and either fines or bribes.

So the police has to somehow differentiate between a rented motorcycle and a private motorcycle with white plates to enforce this. So if I take Vikrant's bike and head to Leh, which I am legally and constitutionally within my rights to do, how is the policeman or worse an ALBRU enforcer to handle the situation. My claim that I'm paying Vikrant nothing whatsoever is not a profitable solution to them. Settle with a fine or a bribe?

And isn't this against my fundamental right to go anywhere I bloody well please in my own country  my right to freedom? The right to rent a bike from whoever I choose may not be a fundamental right, but is fundamentally right. This whole ALBRU business is mindless, short-sighted stupidity. No good can come of this.

Ladakh depends on tourism. It makes far more money  my estimates  from hotels, food and sightseeing than from bike rentals. These arbitrary, arguably unconstitutional, barriers, will simply make it harder for us to see Ladakh than it should be.

What can we do, then? I'd say all the tour operators should unite and simply not run tours for 2014. Call the hotels they normally use and let them know that this is because of the ALBRU's new rules. I'm willing to bet the bike rental group is far smaller and far less politically connected than the hotel group of businessmen.

Some action is imperative. If this rule sticks and becomes the norm, we all lose. Ladakh is hard to get to and getting your own bike there to ride is the best possible way to do it, but also amongst the hardest. Remove the rental option and ever fewer motorcyclists will go there. Most will sigh and switch to renting taxis. Then they'll look out the window and muse softly to themselves, "Ladakh. This place was made for motorcycles." 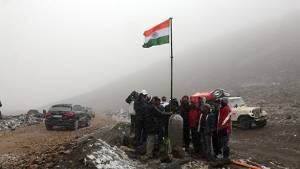 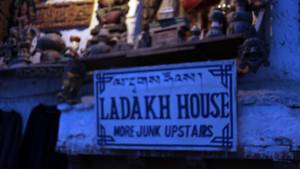 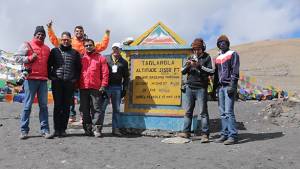