Can convenience and technology put you in a grave? As the world continues its march towards making technologically advanced cars, are cars getting safer or more dangerous? Yes the advertisements say manufacturers are incorporating more safety features with advanced systems. These are getting so futuristic they'd probably be reading your horoscope and advising you which route to follow to work. However, as we continue this march towards dumbing down driving, manufacturers are also shielding customers from certain hazards of driving. 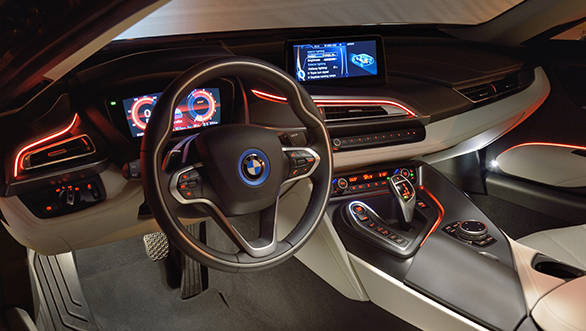 One of these hazards emanates from the touchscreen systems which are a growing rage amongst manufacturers. Touchscreens work on personal mobility devices like phones and tablets extremely well. Their popularity has exceeded every limit possible but there is also danger associated with them. How often have you seen people walking on a street or across it, ear glued to a cell phone, oblivious to oncoming traffic? Now imagine a similar situation, except change the person to the driver of a car and the cell phone to the touchscreen they have to navigate through. Warning bells will flash!

The problem with touchscreen infotainment systems is that as they get more advanced, they continuously have to add more and more layers to provide accessibility. This happens with navigating maps, audio playback, browsing through radio stations. In more complex cases, your infotainment system will throw up messages or allow you to operate the climate control and various other functions. The intent behind this is simple  manufacturers want to declutter the dashboard so that design can play a stronger role in giving you a more visually pleasing area. A decade ago, manufacturers had to make sure the layout of the sound system, air-con control unit and any other controls complemented each other and the surface they were laid out on. Taking all of that out and inserting it into a single device does make the dashboard a simpler area but complicates the hell out of a driver's functions.

You see, all of these functions cannot be accessed easily, and they draw your attention away from the road for longer periods of time than before. Previously buttons, dials and knobs were far easier to access without having to take your eyes off the road. They had size and texture and shape that your fingers recognised easily  you just had to feel for them! Muscle memory is a huge factor in enhancing safety in cars. And of course, there is something known as visual memory, but for that you have to constantly see something.

A touchscreen is a single dimension flat panel on which you place a finger and assume to have touched and activated something. Without any contoured surfaces, however, there is no way of knowing what you activated. And if there were more than one function to apply, you cannot help but turn your eye towards the screen.
Globally everybody seems to be moving towards touchscreens and I don't see the phenomenon fading away anytime soon. I'm sure certain solutions would be found in time  in fact a large consortium of manufacturers and technology providers have already banded together to provide safer technology for automotive users in this respect.

The other system I have a cardinal issue with is EPAS or Electronic Power Assisted Steering systems. At our recently concluded jury round for the CNBC-TV18 OVERDRIVE Awards, there was one aspect that clearly came to light. EPAS systems give you very little to no control over a car in an emergency situation. By this I mean that when you lose traction, especially at the rear wheel there is simply no getting the car back under control easily. At some of the more demanding and fast corners of the BIC, the rear would take a huge step out of line. Opposite lock would instantly flip the wheels in the other direction, but by how much? A fraction of a second after the wheels swung one way the entire body, because steering input was higher than what I assumed - the assumption was needed because I couldn't gauge the wheel angle myself, would pendulum the rear end to the other side. This happened consistently for the next sequence of corners. A couple of the corners I even entered too early forming a shorter arc or line through the corner simply because the steering input you feed it is much more than what you assume. Now change the driving environment  imagine you were driving on a cold wet day in the monsoon on an expressway or highway. Your car aquaplanes and you lose control but even if you knew how to counter steer, the effort is lost because you have no idea how much feedback the steering requires. There are cars flying past you trying to avoid you as you weave in what only looks like a drunkard's path. On a racetrack it was me alone, on a street it could have been any number of people, cars or bikes.

On the more luxurious and expensive cars, there was a reasonable amount of feedback because the electronic systems add the needed weight. On the more affordable cars, the weights needed for the ability to make the right judgement are absent. You have to keep in mind the only connection between a driver and his car is through the steering wheel and the two need to be able to communicate with each other. Take that away and you have a highly unstable situation at speed.