The conundrum of connected technology

Eight years ago I got into whole Apple devices mania, purchased an iPhone, got a company iPad and all that. For a few months it was all brilliant. The fancy phone was opening doors, you know how it was. If you had an iPhone, you were someone. Never mind if you actually were a nobody. An iPhone meant you were important, that a lot of people knew you and that you knew things others did not.

Then I got older, wiser and realised paying Rs 45,000 for a phone whose operating system was shit, which did not have any copyright or sharing issues, whose charging cables kept breaking off, and which everyone was trying to slip into their pockets when you weren't looking was getting to be a bit ridiculous.

I mean there I was in a bar and I see this hand creeping up besides mine, reaching out for my phone! Even airport security advised people to put their cell phones into their bags instead of the trays lest they got stolen.

So I got older, I got wiser and I stepped into the affordable smart phone end of the market. Rs 10,000 felt a lot lighter on my pocket for a phone that did a lot more than an iOS device. Forget form factor and all that bullshit that iPhone owners like to talk about while dropping a cool 75K on a phone. I went in for something less fancier, significantly less expensive and immeasurably more versatile. However, turns out cheap isn't always reliable! Long story short, phone screen shattered, then something else broke, something else got ruptured, seizure, cardiac arrest and all that.
And then the giant killer came my way, from a simple Android device I got hooked to the One Plus club. Middle order 'Plus Two' phone with all the reliability, form factor, functionality and juice, and it opened doors! 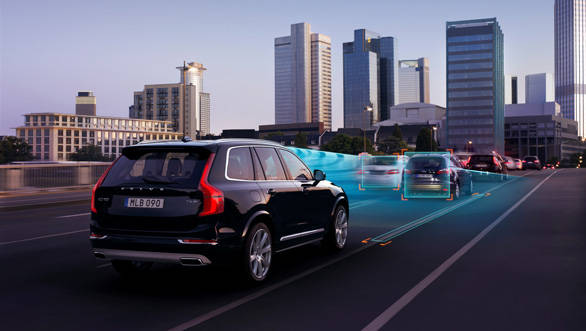 Except between all these phones, I'm now sitting on a pile of charging cables. Literally dozens, in all colours, shapes, sizes and types. I have at least five, in working order, first-gen iPhone/iPad cables and now because of my son's iPad Mini and wife's iPhone 7, three more lightning cables. Then there are the umpteen USB cables which at one time powered all the devices we used, then I've got a dozen micro USB cables from the cheap smartphone era. And now with the One Plus Two, I've literally got around five Type-C charging cables  two at home, one in the car and two at the workplace. I'm surrounded by wiring of all sorts and it's engulfing me. And none of them work on anything else but the device they were built for. Apple is the silliest of the lot, because first-gen cables can't power this-gen phones; they can't even sufficiently power early versions of the iPad. Some of their charging mounts support phones, not pads, or laptops and all sorts of stupidity occur. What is the next standard I wonder? Camera chargers don't have the same charging systems; they don't even have similar lens mounts, so one brands lenses can't work on another body. So there's a mountain of cables and devices we end up carrying with us. Managing that is bloody silly task if you ask me.

Then a couple of weeks ago I was in Sweden where Volvo showcased their next safety standard developed in association with Bosch. Connected cars that spoke to each other, warned each other of oncoming danger and tricky situations using a Volvo developed cloud service as an intermediary to pass on the relevant information. Just a week and some days ago, Tata Motors also announced a tie-up with Microsoft to develop connected cars. In the larger scheme of things, the system will allow Tata Motors' cars to communicate with each other, providing road and traffic information as well as creating a safer driving environment.

However, I see a simple problem here. Most of these manufacturers who are into developing connected cars  and this is undoubtedly the future  seem to be working in silos. Each is developing their own version of connected cars, and one has nothing to do with the other. So a Volvo will not relay information to a Tata Motors car. And why should it? Volvo spends millions developing the system which is a benefit they sell to their consumers, not to a Tata Motors user. Similarly with Tata Motors, their systems will not communicate with anyone outside their fence. Where does this lead to?

Manufacturers claim that their systems will grow in time to envelop the whole universe, but let's take a look at the smartphone, camera and other devices universe right now. Everyone is simply concerned about their share of the market and what they do within that share; there is no universal standard maintained anywhere.

And that thought is little sobering  will a Volvo warn other brand cars on the same patch of road that there is ice or oil spilled, and that it could be deadly to drive on? Can connected cars have altruism programmed into them?