Teaching kids to be patient will make them better riders

It was a combination of events that led to an extended stay in the United States of the Free and the Brave. And it confirms my constant impression that most of its citizens are completely unexceptional. And by that I mean that they don't do anything shockingly different from what we Indians do, really.

In many ways, I'm biased towards Indians, naturally. I do believe that we are better than them in many, many ways. But we won't realise this until we are done blindly aping what we appear to unconditionally consider a better living.

But the point I am making isn't about us versus them, at least in this rather superficial way. I've believed for a long, long time that we are who we grow up to be. If our parents and teachers taught us to be patient and respectful, then usually we display those two qualities. And if they ignored or condoned bad behaviour or manners then, regrettably, they become part of how we behave, drive and ride as well. 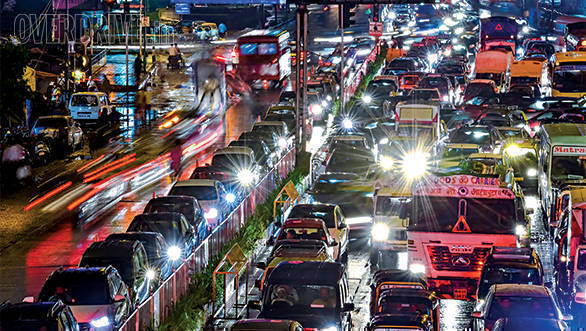 It was at the wonderful, wonderful Monterrey Aquarium in California that I had a full-on epiphany.

Towards the end of the walk through the aquarium's many sections, there is an experience area for kids. They - and us overgrown kids - can touch, feel and learn about sea plants helped by some really engaged volunteers. Across the aisle lies a shallow pool with (temporarily) de-spined Bat Rays that swim around. You're encouraged to reach in and gently feel the incredibly slimy feel of a Bat Ray gliding elegantly past your fingertips.

On the other side of this is a beach front/coastal display. In there is an extremely popular "Bat Ray Cam" which offers kids a screen and a handle that controls a submerged camera. It offers the point of view that a Ray would have as it swims about and other fish swirl about around it. As you can imagine, this is a super-popular attraction with the kids.

I was standing next to it while my nieces checked out the coastal birds - they're injured birds recovering. You cannot pet these.

"Kevin, wait your turn!" I turned to see a parent admonish his kid. A young girl was messing about with the Bat Ray Cam. She wasn't looking at the screen at all, just absently swinging the handle about. Kevin waited and then eventually got distracted by something else and wanted to wander off. But Father ensured that he waited for the girl to finish and then got his turn at the camera.

I heard that same instruction from parent to children endlessly the whole of the five-odd hours I was at the aquarium. A constant instruction to the next wave of adults, to be patient and wait for their turn. No one said, "Talk to the important-looking guy and see if he will bump you up the queue" or "I'm in a hurry, can you make the fish come to my kid first?" Or "The minister of child affairs and good manners is my uncle-in-law. So I go first."

This translates directly into predictable behaviour at stop signs and uncontrolled intersections. Into allowing pedestrians to cross roads unmolested. Into allowing motorcyclists more room. Into waving thank yous or after yous as required. Some of this order is law. The rest is just a result of long years of inculcated good behaviour.

I'm not a parent (though I do have two extremely well-behaved motorcycles). But you know where I'm going with this right? If you're a parent, then the future of traffic and your child's safety are both in your hands. Teach your kids to be polite and patient, and they'll probably be better drivers.

Or don't. Because human behaviour is busy eliminating errant, truant and badly behaved humans from the driving equation anyway. By Darwin, and eventually by autonomy. Yup. Autonomy. Carlos Ghosn, the Renault-Nissan supremo, said at the Paris Motor Show that autonomous cars would first head to countries where traffic was orderly and law-abiding. So not to India anytime soon.

But don't make any mistake about what autonomous vehicles mean. At first, they'll be about releasing 30 per cent more capacity with existing infrastructure and fewer crashes and fuel savings and all that jazz. All of which is true, not marketing. But then, when the tipover point comes, the human drivers, the ones who make mistakes and waste space and fuel, will become the pariah. Our behaviour will force the transportation system to eliminate us from this system except as occupants in transit.

I'm very afraid that motorcycles won't fit into this human-free transportation system in any way at all.  And Kevin won't get to wait his turn to ride a motorcycle. Ever. 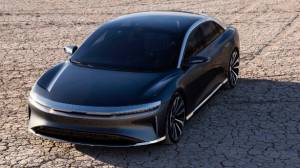 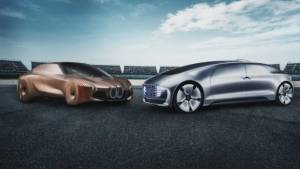 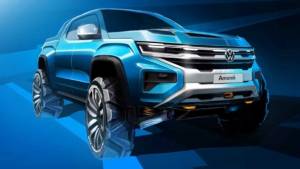