Secrets of success in the Indian auto industry

Hyundai recently launched the new Santro. Having been present when the original Santro was introduced in September 1998, I cannot help but look back. At that time hardly anyone in India knew Hyundai. Global automotive giants like GM, Ford and Honda had started operations by then. Toyota was also here and selling the Qualis in India by January 2000 and Tata Motors introduced the Indica to a rousing reception in 1998. Maruti-Suzuki, our country's first modern car maker was, of course, the undisputed and unchallenged market leader. 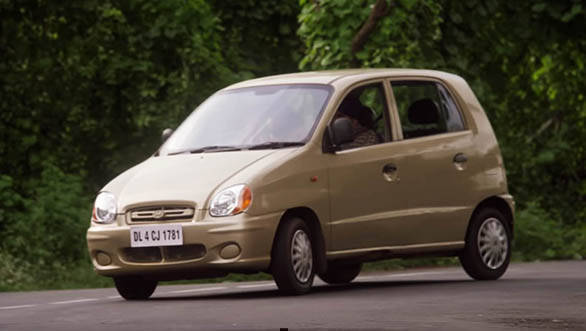 So Hyundai was not just an unknown entity, but also faced some serious competition from far more famous car makers. Daewoo, the other Korean car manufacturer ran into problems in India (and also globally) around the same time, and this obviously did not help matters. Credit needs to be given to Hyundai for realizing and accepting that they were a completely unheard of organization for Indians. They could have gone in for a media blitz about their abilities, achievements, expertise, excellence, etc, like what Volkswagen did little over a decade later. Instead, they chose the humble approach of introducing themselves via a rising filmstar - Shahrukh Khan, who had just started on his journey to stardom with movies like Dilwale Dulhaniya and Kuch Kuch Hota Hai. So modest and realistic were Hyundai, that their initial TV commercials showed a Korean gentleman called Mr. Kim chasing a reluctant SRK and trying to persuade him to advertise for Hyundai. SRK keeps refusing and mockingly even asks how do you pronounce Hyundai? Mr. Kim patiently explains this and also speaks all about Hyundai, their employees, their investment in India, etc. The fact that Mr. Kim so patiently and convincingly explained all that Hyundai represented and stood for, struck a chord and made a positive impression on us Indians. This was followed by Shahrukh driving the Santro and showing off its performance along with the various new features like tall boy design. He then went on to explore various 'slogan ideas' and introduced the Hyundai Santro as "The Complete Family Car".

This unique approach drew people into showrooms and helped the Santro script Hyundai's success story in India. What also worked in Hyundai's favour was that the Santro was almost simultaneously launched globally, and we in India got the same product, as the rest of the world. Hyundai were also amongst the first to introduce MPFI (multi-point fuel injection), and this despite the fact that there were fears of such advanced technology not working due the poor quality of petrol in India. Hyundai were confident they could make the MPFI function well, and this is exactly what they did. This at a time when most other big manufacturers were offering outdated technology and design, saying India was still not ready for their latest and best. 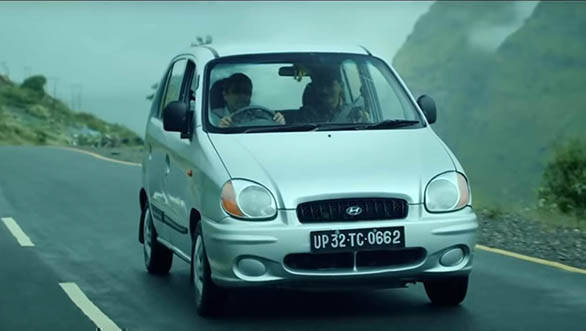 By introducing such advanced features in the Santro, Hyundai conveyed that it cared for Indian consumers and treated them on par with the world. They also strived to offer the best sales and after-sales experience. Until then, Maruti had never had to work hard on selling their cars and this also helped, as did the fact that Tata's Indica ran into some teething quality and reliability issues. From being a completely unknown entity, Hyundai became a household name and how all this happened is described in great detail in the brilliant book 'Santro-The Car That Built a Company' authored by BVR Subbu, who spearheaded much of the Santro's success. It is a must read for anyone even slightly interested in the Indian auto industry.

While talking of books I must mention another masterpiece, 'The Maruti Story' authored by RC Bhargava, the former CEO and current chairman of Maruti Suzuki. This too is a compulsory read for auto industry aficionados.  Such books written by these industry stalwarts provide a great insight into what all goes into making a successful product and company. Products are made in a factory, but their success is often scripted in the mind, and our auto industry is full of such interesting stories. For instance, I have still not quite understood why estates or station wagons have not done well in our country. Tata was amongst the first to introduce the Tata Estate in India, at a time when the choice of vehicles was limited. But it was not a hit. Later Tata also came out with the Indigo Marina, but it too did not do very well. Much before that, Starline Motors in Bombay, a Premier Padmini dealer, used to build the Premier Padmini Starline Safari Station Wagon or simply Fiat Safari on a chassis provided by Premier Motors itself.  The very fact that they custom built it, shows that there were at least some people interested in having a station wagon body style. That is possibly the reason Maruti Suzuki also introduced an estate version of the Baleno called the Altura, Fiat the Siena Weekend and Palio Adventure, Skoda the Octavia Combi and GM the Opel Corsa Swing. Well before all of them, Hindustan Motors had an estate version of the Ambassador and I also remember some bodybuilders around Bhopal converting Amby's into station wagons in the 80's. But this body style which is so practical and ideal for packing in luggage, has never really worked in India. I wonder why?