Rains are for riding

At the end of the Indian summer, temperatures rise and if you live in Mumbai, a steady trickle of sweat tells you that the ambient humidity has breached the 85 per cent mark once again. It is at this point that the Marmar household's usually tidy balcony has its annual entropy episode. For two or three days, it is filled up with odd bits of slick-to-the-touch clothes plus odds-and-ends. The wife will usually cast a weather eye out at the mess and sigh to herself that the messiest time of the year is about to roll around. 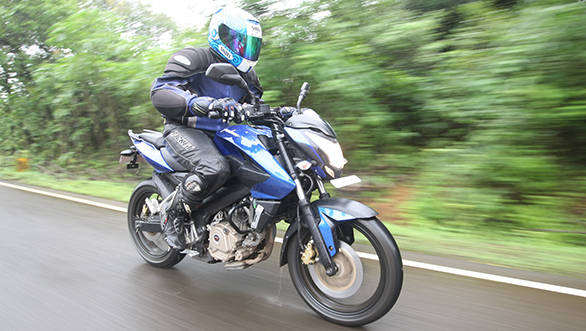 In the coming week, the hot summer's strong low pressure will be quenched by moisture laden winds beckoned from far, far away. Mumbai's grey sky will be obscured by dark grey clouds that will steadily clog Mumbai for three and a bit months. But I will not be clogged.

I'll arrive home each evening with a beaming smile and a suit of dripping, stinking muddy armour. I will squelch the fewest steps possible from the door to the balcony where I will peel off the layers of protection and waterproofing. I'll stand triumphant in my sweat-soaked tee and pants and look out upon the rain with affection and longing.
God I love the rains. I love being out there when it's pelting down. I also derive a diabolical pleasure from how out of sorts it seems to make normal people.

Of course it does get in the way. Traffic slows and everything takes longer and is sweatier. Potholes spread like a rash blooming rapidly as if they were the fertile blossoms of the brief but vibrant Antarctic summer. It makes riding more treacherous and the hammering your wheels, suspension and body have to absorb, that much harder.

But it isn't without its rewards. There are few things as satisfying as a hard ride in the wet. As invigorating as sashaying on the edge of traction by skill or fortune but returning with a huge grin. As life-affirming as bringing your mind to a single, fine point where your entire existence is one with the motorcycle and all the strings holding you to your life are sliced off by a sharp blade. Even if only until you stop.

It's a frighteningly demanding muse that asks for it all and will accept nothing less. It's liberation and slavery. Liberation from the minutiae of life and slavery to the all-consuming passion.

Sorry gotta run. The wife says all the gear is aired out and she wants the balcony returned to order. Good thing too. The aired bits look like they're ready for their annual baptism. And the clouds, they're gathering just the way I like it.

This column appeared in the July 2014 issue of OVERDRIVE 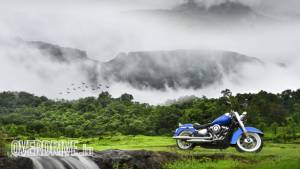 Monsoon cruise on the Harley-Davidson... 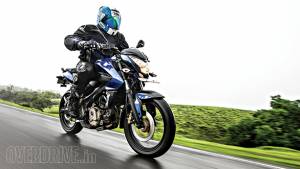 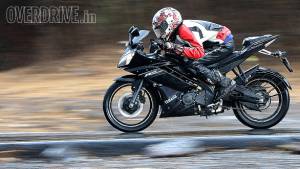 Should my motorcycle pants be waterproof or...
Advertisement