The 19th of February 2019 marked three years since the passing of one of the greatest writers to ever walk this earth - Harper Lee. As I'm sure you all know, Lee's lasting legacy came in the form of her debut novel, To Kill A Mockingbird, a book that seems to feature very often, and very prominently, on several "Greatest Novels of All Time" lists. If there's a chance that you haven't read it already, I recommend that you do. Beyond the obvious themes, it is a book choc full of wisdom about the world and how we, as human beings, treat each other. And, amongst the very many wonderful lines that stand out from the book, Ioften find myself coming back to Atticus Finch's little speech on courage.

"I wanted you to see what real courage is, instead of getting the idea that courage is a man with a gun in his hand. It's when you know you're licked before you begin, but you begin anyway and you see it through no matter what. You rarely win, but sometimes you do," Finch says.

Well, even though the context is very, very different, it was exactly these words that flashed through my mind when I saw Toby Price on the podium at the 2019 Dakar Rally. Price, riding with an injured scaphoid bone in his right hand, had managed to win the Dakar astride his KTM 450 Rally. By his own admission, he hadn't expected to make it to the end of the rally. See, an injured scaphoid bone in one's throttle hand is pretty serious business. And at various points, while battling the Peruvian dunes, sand, fesh-fesh and fog, Price had to grit his teeth through all the pain, ignore the fact that his wrist felt like it was on fire, and keep on riding. So severe was the pain that he initially thought he'd only make it through the first three stages, and would eventually have to admit that he wasn't superhuman after all. And when he did admit that, he'd throw in the towel and call it quits on his fifth Dakar attempt. 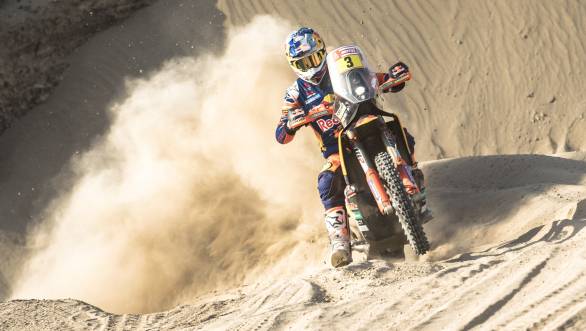 Toby Price, broken wrist and all, took victory at the 2019 Dakar Rally

Except that he didn't.

See, this is Toby Price. The same Toby Price who broke his back in an accident in 2013, very narrowly missed paralysis to all four limbs, but managed to get back on his motorcycle, and just three years later in 2016, claimed his first Dakar win. Three years on from that win, injured right hand and all, Price won the last stage of the 2019 Dakar (his first stage win through the entire event) and, along with it, took overall victory.

A victory that he was sure wouldn't be his, but he began the fight anway. And he saw it through no matter what. If that isn't true courage, I don't know what is. 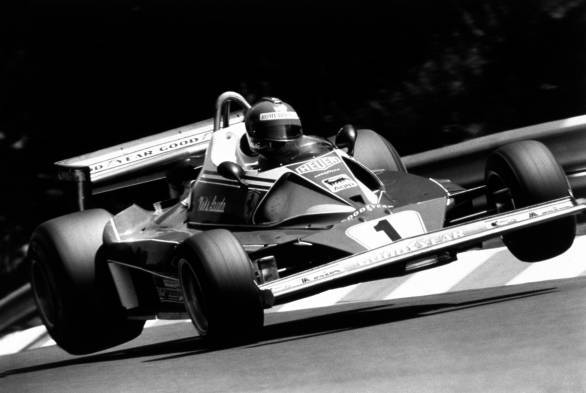 But it's impossible for me to think of courage and motorsport without thinking of a certain former Formula 1 driver, who on the 22nd of February, will turn 70. Back in 1976, as many of you will have watched in the movie Rush, Niki Lauda suffered a horrific crash at the Bergwerk corner of the Nordschleife. The accident was so terrible that a priest was summoned to the hospital, and last rites were performed. They didn't believe that anyone could survive such a horrific accident. Except that he did. And, having missed just two races, a mere six weeks after the accident, he got back in the cockpit of an F1 car at the Italian Grand Prix. He finished fourth. And when he pulled his helmet off at the end of the race, the bandages came away too, along with most of his skin grafts. Certainly, Lauda's courage in going racing so soon after his accident is unquestionable. But to me, it was at the end of the 1976 season, when he chose to get out of the cockpit at the risky and rain-soaked Japanese Grand Prix, forgoing a sure chance at a second championship title, that Lauda showed true courage. As a sportsperson, to refuse the temptation of a sure win, and choosing life instead, is very brave indeed. Besides, Lauda eventually won two more F1 championship titles, set up a successful airline business, and then even became non-executive chairman of the Mercedes-AMG F1 group - a role that he still holds today.

But 2018 wasn't a particularly good year for Lauda, who had to undergo a lung transplant. And the start of 2019 wasn't much better, with the Austrian being admitted to hospital for a bout of flu just five months after the lung transplant. At the time of writing this, Lauda has been released from hospital and is said to be recovering well. Motorsport fans around the world, quite naturally, are very relieved.

So as February comes to an end, and I find myself thinking about three very different individuals, I find myself wondering about their accomplishments. And their own attitudes towards those accomplishments. Harper Lee probably didn't set out to change the world through her writing, but she did. Toby Price just wanted to ride motorcycles in top gear as fast as he could, and along the way he inspired so many people. And Niki Lauda, both in the races that he drove, and the races he chose not to, taught us that bravery can take on very many forms. So as February comes around, it's because of these three individuals, that I have another thought swishing through my mind. That one lifetime is quite enough, provided you make it count.

This column was first published in the February 2019 issue of OVERDRIVE.