On the new year and the need for change

The X1Racing League was probably well-intentioned, but it failed on several counts in terms of execution. The fact that it deviated, for various reasons, from the initial plans laid out, didn't help matters. Soon after the first round of the championship was held at the Buddh International Circuit in Greater Noida, the criticisms  all reasonable  came streaming forth. Most of us learnt what had happened from a blogpost written by the only motorsport journalist, former OVERDRIVE editor Sirish Chandran, who happened to be present at the event. And he was really only there as a coincidence. Not so much to attend the X1Racing League's first round, but on an invite from JK Tyre who had all the ICOTY and IMOTY jury members there a day before the evaluation rounds were to take place at the BIC. 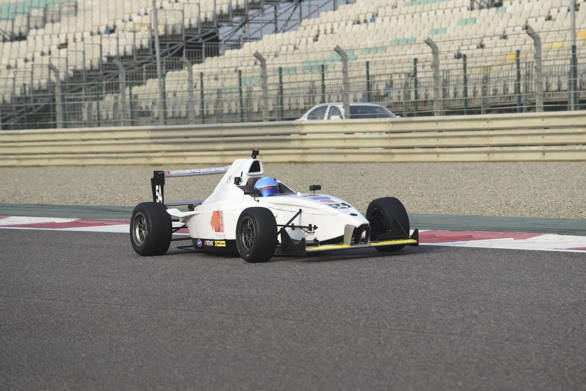 The fact that a few other journalists (members of Team OVERDRIVE included), who'd been hoping to attend the event, were given the runaround by the event organiser's PR teams, made us believe that we weren't wanted there at all. Perhaps it was unjust of us to jump to such conclusions, but the evidence certainly seemed to point in that general direction. And given the fact that the first round of the championship had already received a fair share of negative comments, we were convinced that no one would be invited to the second round of the event.

Soon after this, Aditya Patel, who co-founded the X1Racing League with Armaan Ebrahim, got in touch with me. It was, naturally, too late to do anything about the round that we'd already missed. But he seemed keen on ensuring that we would make it to the second round of the championship. Something that I thought was nice, and also necessary. Hiding a series away from the prying eyes of the media or the public seems to make little sense. But, it was the rest of the conversation that we had that really left a mark on me. Patel was not only open to talking about the event itself, giving me an accurate, warts-and-all account of what transpired. But he also seemed to approve of the blog that had been written saying, "Those are proper facts."

This might not seem like a particularly impressive statement on the face of it, but believe me, it is. That someone who was a key part of the organising team of an event, was willing to acknowledge that something went wrong, and that things could have gone better, is huge. And it doesn't happen very often. Our experience with reporting facts about Indian motorsport has often been different. When we do report uncomfortable truths, almost always easily verifiable facts, we're informed that in choosing to report the facts we want to tear down an event/series/athlete. We've had emails circulated about us for being critical of motorsport events, with people in positions of power attempting to rouse the rest of the motorsport fraternity to rail against us. We've had to deal with 2am text messages and repeated threats of legal action. We've been informed that we're no longer welcome at certain events. And in the age of social media, the official handle of the country's governing body of motorsport has been known to use the handy block button to deal with pesky reporters who have pointed out facts that they haven't liked. Naturally, this is all par for the course. All in a day's work, so to speak. And it doesn't startle us in the least.

What does surprise us, is when someone reacts the way Aditya did. Saying, "Hey! We know things went wrong for various reasons, naturally you've got to call it like it is, but let's hope we can do a better job next time." It's so very rare. And it's so very refreshing. A part of me is almost glad that the X1Racing League had a few glitches, just so that we could see this response.

It gives me plenty of hope.

Because change can never be brought about by silencing the truth, or by quashing criticism. It can never be brought about by blindsiding, gaslighting, gagging and binding people who see things for what they are, and choose to talk about it. Instead, any change of actual significance can only be brought about when we collectively face the fact that perhaps things aren't quite as they should be. That things could really be better. And the fact that in order for things to improve, we need to adjust ourselves, and our attitudes. All little things that can lead to progress  that all-important factor that prevents stasis from setting in. That prevents inertia from taking a hold of us. And prevents the decay of mind, body, idea, and institution.

As I type this for the January issue of OVERDRIVE, the pages of the calendar have already flipped forward. Time has carried on its quest of moving us into the future, the rhythmic ticking of the clock providing a background score to our lives, reminding us that while it never will run out, we someday will. Which is why we must do what we can, while we can.

And so for this new year, I wish you the courage to see things for what they truly are. The resilience to face the many stumbling blocks that we all inevitably must face on our journeys. And the strength to follow things through to the end, no matter how difficult it might be. Which incidentally is exactly what I wish Aditya and Armaan in their quest to try and do their bit for Indian motorsport. Happy New Year!

This column first appeared in the January 2020 issue of OVERDRIVE.