Of racers and the acceptance of risk

Let's face it. As far as motorsport goes, most of us, if not all of us, are cowards. Come the weekend, we switch on our television sets and we follow the escapades of a bunch of brave drivers and riders, as they post times during qualifying, and as they spar for track position on race day. Okay, on occasion we end up driving or flying to race venues. Some of us might even end up chasing stage after stage of a rally. That certainly helps, to an extent, drop the "armchair" part of "armchair enthusiast", but it doesn't do much else. Don't get me wrong, being an enthusiast isn't a bad thing. There's a certain amount of credit due the people who end up dedicating as much time following motorsport as they do. But every now and again, it's not a bad thing to remember that being an enthusiast, an anorak, an expert - that's a very different thing than being a racer. 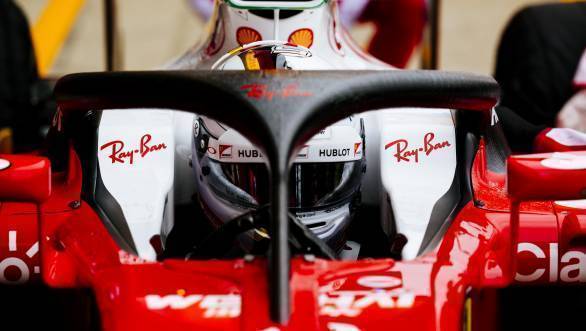 There's a reason that this has been playing on my mind rather a lot. Not in the least because the news came through, around the time of writing this, that Petter Solberg, whose PSRX team won the 2017 World Rallycross Championship recently, was a little worse for the wear right after. Solberg had been injured in a crash during the LatviaRX. While an initial diagnosis said he'd suffered a broken collarbone, eventually more details were released. In addition to the broken clavicle, Solberg had suffered two broken ribs and a bruised lung. Ouch. I daresay Solberg wasn't too pleased about the prospect of having to sit out the next few rounds of the championship while he recovered. What he did, instead, was get back in the car, injuries and all, at the WRX round at Estering, and proceed to make it to the finals and finish fourth, no less.

And I don't doubt that Valentino Rossi (who as I typed this piece out was then deciding whether or not he would be fit enough to race at the Aragon GP and subsequently went on to race and do well there too) wasn't exactly thrilled that he injured himself during training. Or that he faced the prospect of potentially having to miss a race, and lose out on a championship position or two, because of this. Of course, one can always argue that this is motorsport, and injuries are par for the course. They certainly are, but they aren't welcomed with open arms.

There's another reason that this has been on my mind. While so far we've been talking about the sort of injuries that can be overcome comparatively easily, there are those other injuries. Life threatening ones. In the case of Formula 1 they usually take on the form of head injuries, seeing as it is the driver's head that is the most vulnerable part of his body since it's exposed. In a bid to counter this, especially after Jules Bianchi was injured (and subsequently succumbed to those injuries) at the Japanese Grand Prix in 2014, the FIA evaluated a number of options that could be considered in order to make F1 cars safer. There were discussions about the possibility of a closed cockpit, or devices like the "Shield" or the "Halo". Right now it looks like the FIA is intent on implementing the use of the Halo in the 2018 season of Formula 1, although they are keen on renaming it. And this decision has brought with it mixed reactions.

Now look, I'm willing to accept drivers, former F1 drivers, and teams critiquing the device. Some people say that the Halo probably would not have been effective in preventing the sort of injury that Bianchi suffered, and that might be a valid argument. I'm also willing to listen to drivers who say that it might obstruct visibility and thus end up being something of a hindrance. What I cannot accept is your everyday F1 fan saying that the Halo makes Formula 1 cars look ugly. As far as I'm concerned I'd rather have an uninjured driver in an ugly Formula 1 car, than have an injured driver in an aesthetically pleasing car. Form following function? Well, it makes perfect sense in this case, doesn't it?

What I do hope, however, is if indeed the Halo proves to be completely ineffective during pre-season testing, that the FIA will go back to the drawing board and reconsider the Shield, or closed cockpits or whatever else they need to evaluate. Former three-time F1 champion Niki Lauda, who knows a little bit about being injured in a crash, did say to German publication Auto Motor und Sport that the "right decision" needed to be made at a time like this, and that the "Halo is the wrong one". Putting the safety of the drivers first makes a terrific amount of sense to me. Maybe, just maybe, the FIA ought to put it to a vote and let the drivers, who are the ones who this affects the most, decide what sort of device they'd like to use. As far as I can tell though, that doesn't seem to be an option right now.

But there's another, more ridiculous, argument about why measures shouldn't be put in place to ensure the safety of drivers. That's when people say "Well, they know what they're doing. They're racers. They accept the risks involved in the sport." Well, that's stating the obvious isn't it? Of course they know what they're getting into. They know that they drive the sort of machines that could get them killed, which is why they do everything to avoid getting killed. Helmets, the HANS (Head And Neck Safety) device, fireproof overalls, and carbon fibre monocoques - they're meant to protect the driver, minimise injury, and eliminate as much danger as possible. Of the many racers that I've spoken to over the years, I don't think there's a single one who'd say that they're okay dying on the track. Like you and me, they want to go back home in one piece after a hard day at work, with or without a trophy or two, and spend some time with their families.

Which brings me to this. Motorsport is dangerous. Since the earliest days of the sport, there has been a dark cloud looming over it. And yes, racers accept risk. Be respectful of their willingness to risk as much as they do. And realise that accepting risk isn't the same as having a death wish. Nor should it be. Racers race. The rest of us? We just live vicariously through them.