It's normal to obsess over something. Take my father for instance. He loves to hold on to everything that's paper. So, his wardrobe has fewer clothes and more files  files filled with bills, warranty cards, school certificates and complaint letters. Being an ex-Army man, he can't accept mediocrity. So, he writes a lot of complaint letters. But being as old as these are, none of the papers neatly arranged among his clothes are of any significance today; their usefulness expired many a year back. But try telling him that.

My mother has her obsessions too. And as clichéd as this might sound, her biggest obsession is my health. I am slightly overweight, much to my wife's dismay, but my mother? She never fails to see the thin, starving side of me. And so whenever she is around, I must hog. As for my wife, dealing with so many obsessions in the family just doesn't leave her any room to indulge herself.

Then there's me. My obsessions keep changing. Not too long ago, I was obsessed about building motorcycles, then I wanted to learn how to stunt, and more recently, I did not like cyclists a lot. But now, I want a rear wheel drive car. I don't care much about how it looks. I don't care if it's a diesel or petrol; I am not too picky about the transmission option either. All I want is sound mechanicals and rear tyres that refuse to grip so it will slide. I want to spend my weekends drifting.

Many of you might argue that rear wheel drive, or RWD, is an ageing concept. It's considered to be less efficient, more expensive and you obviously need a higher skill level to drive one of these compared to a front wheel drive. The latter is especially true for a car with decent horsepower figures and on a wet road. And I agree. But, you'd also have to agree that RWD cars are incomparably more fun than the safer, efficient and cost effective front wheel drives that are increasingly being shoved down our throats.

Sadly, finding a rear wheel drive car in the used market place for cheap is proving to be a lot more difficult than I thought. I started by zeroing in on the Premier Padmini (the budget, you see, is a big constraint). The best examples made less than 50PS, had column mounted gear shifts, but because these were light and ran on non-radial, thin tyres, these would prove to be a hoot on gravel or wet section. Also, I was told I could buy one for as little as Rs 60,000. And I did find options that cost even less. But, these were all rust buckets that needed another lakh or two to build. So I gave up.

Then I went hunting for Ambassadors. Yes, these are heavier than the Fiats. And probably less driveable (I don't know it for sure because I haven't really spent quality time in one just yet). But at least these are cars. Also, these would be easier to find, and in better condition. These are still used as cabs, and are also used by the politicos and by the defense forces to ferry their decorated officers to this day. But, all the good finds seem to be nestled down in the south of India. Finding one, then looking it over, and finally transferring it back to Mumbai and on to my name was going to prove time consuming and expensive. Ambys then had to be excluded as well. 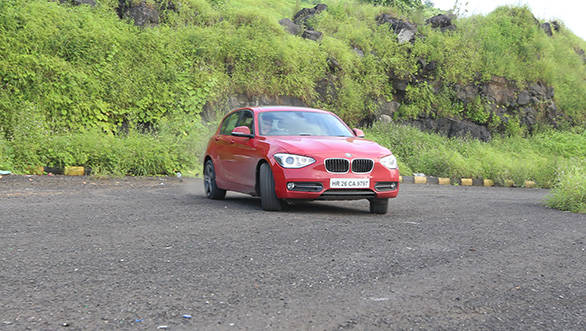 As you can see, I am running out of options. But, then one of friends mentioned the new BMW 1 Series. He suggested I hold on for next three to four years and then pick one up from the used market. It is a good size, comes with both petrol and diesel engine options, and is one of the last RWD hatchbacks. I was almost sold, but finally better sense prevailed  there's no way a car costing over Rs 20 lakh would fit my budget, even if I waited for the next 20-odd years.

It was now time to move to jeeps. There are quite a few utility vehicles with RWD that can be bought for cheap and in Mumbai. But, a utility vehicle just isn't charming enough  to either look at or drift. Someone suggested a 4WD Gypsy. Fresh from my return from Leh, Gypsy seemed perfect. It might have million turns lock to lock, but for a jeep, the Gypsy is stable enough to hold a slide without rolling over. But most of all, spares for the Gypsy come a dime a dozen and are easy to find. It should also be easy to procure. I also pondered about getting myself a Mahindra MM540 or an old Gurkha. But these would prove to be a tad too heavy for the purpose. I did find a few Gypsys on used car websites, but again, owners simply rate this jeep too highly. And therefore, want just too much money for it. I expected the used car market to be brimming with options, but sadly, given my budget of under Rs 2 lakh, I could find nothing that's worth my while.

Maybe two weeks is too soon to expect results. Maybe I need to be more patient and continue looking. Or, I could just buy a used Nano and switch the front tyres with the rear  fatter tyres at the front and skinnier ones on the rear should make for an easy car to slide, right? Now, that seems like an affordable idea to go drifting! Anyone looking to sell a Nano...? 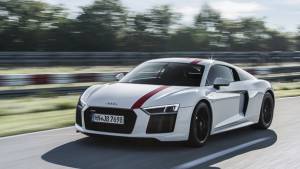