More about FASTag and its problems

Last month I wrote about FASTag and clearly said it was a great idea, but the implementation and planning could have been better. It appears what I said has not gone down well with some people, with few even doubting I have used a FASTag card. Several of you have also written in with your own FASTag experiences and reaffirmed what I have said or shared some other problems. But given the divided views over FASTag and its effectiveness, I recently decided to make a special trip from Mumbai to Ahmedabad and back, just to test how this whole program is working. And yes, I can provide a photo of the FASTag card I used, its recharging receipt and a break-up of all the tolls that were electronically deducted.

The reason I selected this route is because it's part of the busiest highway in our country (MumbaiDelhi), connecting the commercial and national capitals. While doing a bit of research before the trip, I came across newspaper reports saying, "Authorities admit there have been instances of motorists being charged wrong amounts". Rajiv Singh, executive director, NHAI, even said to Mumbai Mirror, "There have been cases of double charging, but these are just a few. Yes, there are technical errors. We have received complaints about money being deducted twice. We have reversed/are reversing the extra money charged." As far as I am concerned, I have not been charged twice, so far at least. But the problem of congestion at toll booths continues, in fact it's got noticeably worse after the introduction of FASTag. The main aim of FASTag is to reduce the waiting time at toll booths and prevent the wastage of fuel due to crawling and idling. As per some reports, the annual loss due to such fuel wastage is around Rs 15,000 crore, more than the toll collected every year! Unfortunately, the waiting time has only increased and even the government has admitted this. 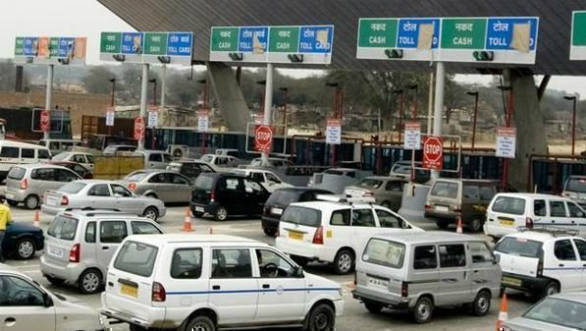 When the highly enthusiastic Road Transport and Highways Minister Nitin Gadkari and the NHAI first made FASTag mandatory from December 15, 2019, they had announced that those vehicles not having FASTag, would be charged twice the toll amount. The government also said it has converted all lanes, barring one, on toll plazas to FASTag-only lanes. Due to a substantial number of motorists not having got FASTags, the government extended its deadline till January 15, 2020. But as I experienced on my recent trip a few weeks back, there are still a lot of vehicles out there without FASTags. And they enter whichever toll booth lane they want, including the ones prominently marked 'Only FASTag' and pay by cash. Even if you have a FASTag, you have to wait unnecessarily behind them. The toll booth operators don't even ask why they are in a FASTag lane and just take the cash and let them go. I spoke with a few attendants, and they all said more or less the same thing in different words, "There is no point arguing, these people just do not listen to us". I also seriously doubt anyone has been made to pay double the toll amount because they don't have a FASTag. The toll booth operators just do not have the will or required authority to enforce this rule and collect twice the toll. If the government posts policemen in uniform and starts doing this even at some of the toll booths, I think things will be a lot different. 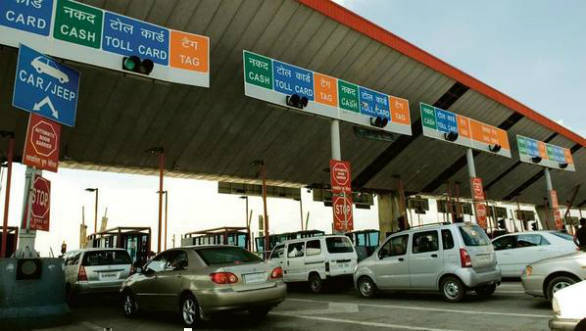 One new thing I noticed on this trip to test the FASTag was that while some of tag readers functioned very efficiently, connecting with the card, deducting the amount and opening the barrier in just a few seconds, some card readers take longer to read and register. I also came across a couple of tag readers that failed to connect with my FASTag. At such toll booths, a person with a handheld tag reader came over to my vehicle, held it against the FASTag pasted on the windscreen and only once the reading was done did the barrier rise to let me through. But all this did take a few minutes. Interestingly, at one toll booth that I reached early in the morning, when the tag reader failed to connect with my card, an attendant took a cloth and rubbed it hard across the face of the reader after which it connected. When I asked why he had to do that, the attendant said, "Sometimes due to the collection of early morning dew on its sensors, the tag reader does not read properly." At some toll booths an attendant was placed near the tag reader and gave instructions and hand signals on how close to get to the reader and when to halt for it to read. Apparently the angles and height at which the tag readers are placed varies from toll booth to toll booth depending on its construction and the road surfacing and level. And at some places where the angle is more suitable, the tag reader also works more effectively, or so I was told.

These are early days for FASTag and what we are seeing are some teething troubles. One can argue that these are expected, but in my view a few could surely have been avoided with better planning and implementation. I just hope the government stays committed to the much-needed FASTag and does everything possible to make it a success.