Lockdown shouldn't mean the break down of social order!

The last two months of staying and working at home due to the lockdown has made me forget certain social niceties. One of those is that I've forgotten how to put on pants! Staying in my shorts all day long, shifting my butt from the bed to the dining room to the living room and back to bed, I just haven't needed to wear my trousers. So my wardrobe is all neatly piled up with crisply ironed shirts and trousers, and it's never been like this for the last 43 years and 10 months. My mum would be so proud if she had to see just how well organised those shelves and drawers are. All I've accessed are my shorts and tees that I use throughout the day. I've even attended press conferences in my shorts this month. That is a first and I hope never to repeat it after this phase! Though I doubt I'd ever get the opportunity.

I've also forgotten that a workday begins at 9:00AM and winds up by around 6:00PM. Not that I stuck to those schedules, but working hours during this lockdown period may start at whatever time. But it never ends before midnight! So to some of my peers in corporate communications divisions, forgive me if I've dialled in well past dinner with some query or the other. 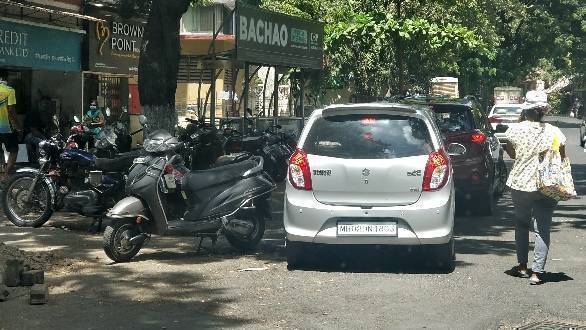 Fortunately what I've not forgotten are certain disciplines that apply when I'm using public roads. You try and park your car as close to the kerb as possible, you don't window shop from your cars in residential areas, and you most certainly don't stop in the middle of the street to negotiate the price of fish. These are just some points to be considerate about, motorists ought not to forget that the roads still need to be used responsibly.

Now I haven't been driving, I have to be driven around by friends to go grocery shopping. I had surgery on my left knee and since recovery for these things takes time, I can't really drive a manual since my left knee does not have the strength to operate a clutch pedal. But with my friends driving me around, I've been a horrid backseat driver. "Park close to the kerb, why are you so far? Why so fast on deserted roads, you don't have to go to work do you? Engage the handbrake, use your indicators, don't honk, sit upright, don't hold the steering wheel like thatslow, watch it!"

I can be quite exasperating, I had good reason to be, but then I looked around one day and it turned out the whole world had gone just as crazy. These friends of mine aren't the only ones who seem to have forgotten the etiquette and discipline needed on our roads. Queues formed up outside supermarkets spill out on to the streets. For some reason, people can't seem to form the queue on the pavement, it just has to spill onto the street. This forces vehicles to park further away from the pavement, narrowing the width of the street. 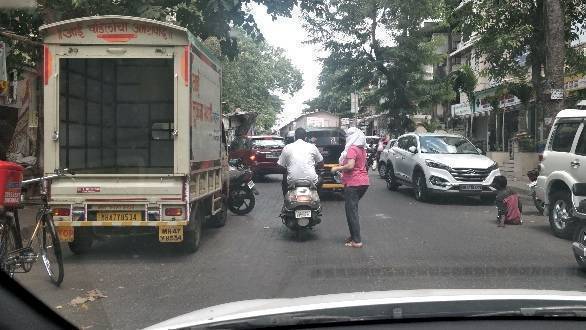 Net effect, frequent traffic jams. Double parking is rampant, as are people who park perpendicularly where they should parallel park. People are indiscriminately parking their vehicles wherever they deem fit. On one occasion I overheard the owner of a car who had parked poorly, say to someone else questioning him, that he could park his car anywhere since he was doing charitable work by collecting food packets to donate to the poor. Mister, your good deeds in one aspect does not cover up for your lack of sensibilities elsewhere.

Another colleague who had to drive to a destination two hours out of town was scared out of his wits at the way people were using the roads. No one bothered stopping at traffic lights. It was as if the virus had given immunity to everyone from traffic. No one stopped or even bothered to make an effort to slow down at any junction. People randomly stopped their cars or 2-wheelers in the middle of the road to answer phone calls, oblivious to the fact that there were vehicles right behind them. 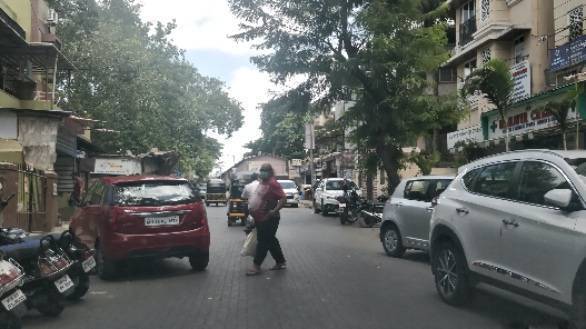 Even jaywalkers, these are still streets on which vehicles ply, this is not the neighbourhood jogger's park to walk wherever you'd like. And especially don't cross a busy street carrying the entire weeks rations in anticipation of the next Mann Ki Baat!

What happened in the two months you stayed at home? Did you forget there is a world out there that you will be a part of soon? Did you give up all social order?

Social restrictions have made us forget about certain social disciplines. The application of one is not an excuse to forgo the other. Just because you are restricted from exercising certain freedoms, does not give you the freedom to do away with other rules of society. Just because you feel you were caged in your homes like animals, is no excuse to be one when you are set free.