Will the liquor ban on highways reduce drunken driving?

The big news is that from 1st April the Supreme Court has banned the sale of alcohol within 500 metres of our national and state highways to prevent drunken driving. However well meaning this decision maybe, it has created lots of panic and uncertainty. Many highways run through several cities, and lakhs of lives will be impacted because of the loss of livelihood. The ban will also result in the loss of thousands of crores in revenue. 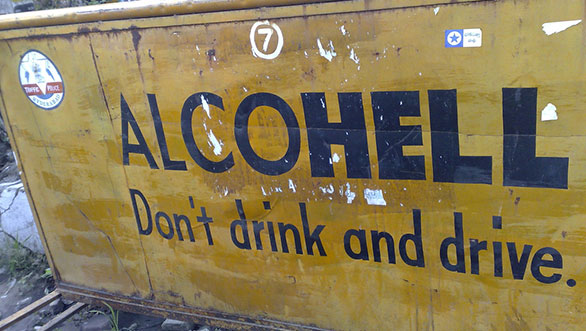 Drunken driving is a very serious issue that needs to be stopped. In fact, road safety itself is one of the biggest problems as we lose well over 1.5 lakh people annually in road fatalities. Given this, it's fantastic that the Supreme Court has passed an order that attempts to prevent drunken driving. But will this ban stop drunken driving? I think it will have an insignificant impact, if any.

In my humble opinion, bans are no solution. The problem in our country is enforcement and corruption. And our ingenious minds which know how to get around the law. Some state governments have already de-notified highways passing through their cities and made them municipal roads. Liquor shops, restaurants and bars have started to change their entry gates and approaches to beat the 500-metre distance limit. I am told in some places with the help of the local traffic police they have made few streets and lanes one way to ensure a circuitous route has to be taken to get to them. Through such measures, a fair number will escape the ban in a legal manner.

But this ban will also lead to the growth of the bootlegging industry. Prohibition has been prevalent in Gujarat for the longest time. Speak to anyone in the liquor business and they will tell you it consumes amongst the highest amount of alcohol in India. The ban on sale of liquor on highways will lead to growth of criminals and gangs. More often than not, they will be hand in glove with government officials and politicians. Corruption will increase as will black money, something our Prime Minister Modi tried to stop with demonetisation.

I have heard the ban has also resulted in the birth of mobile liquor shops. In some places at the edges of fields lining the highway, you have tractor trolleys parked. They have liquor bottles hidden under farm produce or straw bales. If a truck driver or any other vehicle stops, a boy from the tractor trolley comes up to the vehicle, takes the order and returns with the required tipple. At any sign of a problem, the tractor trolley simply moves away into the fields. I have also learnt of the emergence of bikers that supply booze. These guys hang out around dhabas and other stopping places, and through eye contact and sign language they learn which trucker wants what. They ride up to the parked truck, deposit their load of liquor and vanish. Before the ban, a driver on the highway had to go to the liquor shop or bar. Apparently, now the illegal liquor shop comes directly to them!

In case the ban continues, many more illegal ways to provide liquor will appear. It will be sold in soft drink bottles or fruit Tetra packs as a premix. Anything is possible. I know when prohibition was imposed in Andhra Pradesh many years back and I happened to visit Hyderabad, the waiter at the hotel asked me if I wanted some rum. And he got it for me premixed in a bottle of Coke. Local friends said to me they got their choice of liquor delivered at their home, often in recycled shampoo bottles!

So what should actually have been done? The new amendment in the Motor Vehicles Act has a proposed minimum fine of Rs 10,000 for drunken driving. Our Honourable Supreme Court could have doubled this fine. And ordered the central and state governments and the entire official machinery, including the police, to strictly enforce the drunken driving law and impose the fines. To encourage the cops to honestly do their duty, the government should officially give them 25 to 30 per cent of the fine amount- directly into their bank account by digital transfer. To ensure proper enforcement, a suitable national highway traffic squad can be drawn up. It can easily be funded from the fines collected for drunken driving and other traffic offences. This squad should do round-the-clock surprise checks every 50 or 100 kilometres. The checks should be fair and scientific and done with the right equipment. And while they are at it, they can also check the roadworthiness of the vehicle, if the driver has a legitimate driving license etc.

I am fairly confident if this is done, drunken driving can be curbed. With proper enforcement, other traffic offences will be reduced too. Having such squads carrying out regular checks will also improve the overall law and order situation on our highways and reduce the crime rate. All this without putting lakhs out of work and without the loss of crores of rupees to the exchequer. In the western world, liquor is freely available, even at gas stations on the highways. But rarely does anybody drink and drive. Simply because they know they will be caught and punished. This is what we need to emulate in our country too.