We all like to play the blame game. When something goes awry, or something unexpected happens, most of us look outward to figure out why. And in most cases, what to blame takes precedence over what really happened.

As we grow up, through college and then at work, we realise that inanimate objects make the best blame takers. Failing which, of course, there is the passive voice. As in when "The electricity went out and I couldn't work at all" does not work, then "I've no idea. When I came here today, it was sitting there untouched. No one had worked on it" is a good fallback option. 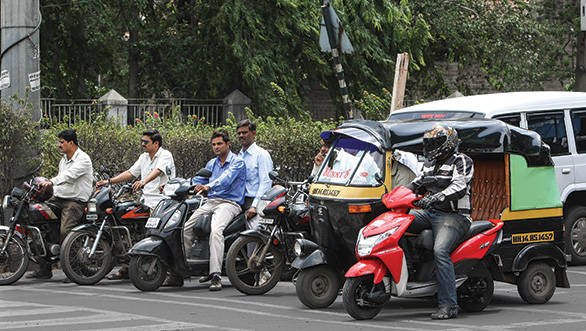 Give pedestrains the right of way

Of late, I have begun to notice this tendency creep up in the questions we get in our helpdesk as well. One gentleman wrote a question about a near miss where a lady was poised to make some move at a break in the median. He read the situation and decided to slow and steer away from her to give her space to turn into the top lane as he passed her. Lady actually wanted to go straight across the road and a near miss resulted. His question was should he have honked? My considered answer is he should have simply waited.

If she was on his right (she was), she had the right of way. If there was no one tailgating him, coming to a safe stop and allowing the lady to complete her plan would have solved the problem. Honking was never the issue. 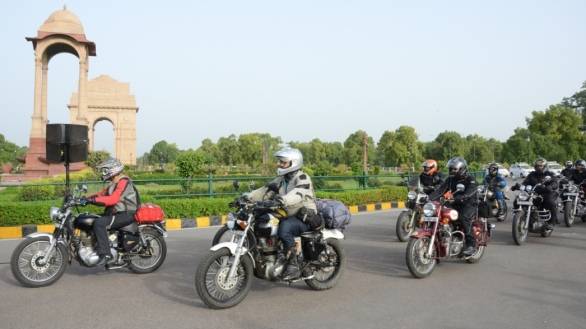 Similarly, I have suddenly seen a spurt in questions that say the tyres of such and such motorcycle, usually a premium class motorcycle, are completely nonsense - which ones to replace them with? The question, of course, causes me all sorts of worry. I know from years of testing and repeated track outings that most tyres on most motorcycles in India will easily outperform the average rider. And some of the premium motorcycles are blessed with tyre quality that even three years ago was unthinkable. So should so much money, then, be spent on upgrading to the softest Michelin or Pirelli tyres?

And then there are the "rear brakes cause skids, disc brake is at the wrong end of the bike (front)" We laugh at these questions but the underlying tone is clear. For every prospective motorcycle buyer in India who knows his stuff there are literally thousands who don't. And that is stuff that should keep, for example, policymakers up all night. Would you give an unskilled man control of, say, an assault rifle with a full clip? Would telling him where the safety is, which end fires the bullets be enough for him to venture out on his own with his new accessory? This actually does happen but only in the United States of America.

Riding motorcycles is almost as dangerous in unskilled hands. Many of us seem to know people who have died on them and most of us know people who have crashes big or small at the very least. We tend to turn a blind eye to the rider in this although rider error is usually a significant contributor to motorcycle accidents whenever a study has focused on this unfortunate aspect of riding bikes.

The policymakers haven't done anything this year to promote motorcycle sales but it is more or less understood that the volume segment is a good thing and that the more motorcycles fly out of the showrooms, the better it is for the economy. On the other hand, very few places enforce helmet rules (if they exist) and the encouragement to wear helmets is timid at best. Rider education plays fifth fiddle in most manufacturers' CSR programmes, if at all, and the skill and awareness levels of the bottom-end of the Indian motorcycle market is dismal. Hell, there are manufacturers who are happy to accommodate three riders or two quintals of onions on their bikes because there appears to be enough demand to make this a profitable exercise.

Additionally, there is the prospect of the lax license regime which allows, for example, a completely new rider to acquire and legally ride something like a Hayabusa. Don't laugh, I have an acquaintance who did just that. Bought the 'Busa, then learnt to balance a two-wheeler on a Kinetic. Then figured out gears on an RX and then it was 'Busa time. And there is nothing between, for example, the 250cc and 650cc and then to the litre class hyper bikes that allow skill and experience to be upgraded at a reasonable pace. Splendor to R1?

That's just a matter of winning KBC or the lottery.

But it isn't' all doom and gloom. California Superbike School, Honda, Yamaha and  Indimotard/OVERDRIVE all run riding schools, the KTM Orange Day also has an instructional component. But most importantly, people like the gentleman who asked about honking are beginning to think about how they ride and what they should be doing. That is a good place to start.

The trick is to not blame things. Bad roads don't cause crashes. Your reaction (or inaction) in response to them might. The trick is not to blame the other party. The nub is to focus what you did (or could have done but didn't) that precipitated the incident. We like to play the blame game. But enough. It is time to up the game instead.