It's all about adaptability

Since the end of 2011, my career has taken me from the world of mainline single-seaters to categories away from the ladder to F1. Initially this was a big change for me but over time, you realise that being able to jump into different cars and be quick straight away is actually a great challenge and one that ultimately makes you a better driver.

Having started in Formula Marutis in India, then Formula Asia, Formula 3, and F-Renault V6, I dabbled in a bit of World Series by Renault and A1GP followed by GP2 and ultimately F1. The progression was kind of what I expected. Every car the next level up had more power and downforce so the laptimes got faster and faster and while it was always tough to be competitive, the expectation of what you were going to drive was somewhat predictable.

In the last three years, I've driven two different Le Mans Prototype cars, GT cars from five different manufacturers and I've even raced a classic 1961 Jaguar E-type to really push the adaptability challenge! There are a lot of things that I have learned in this post-F1 career of mine, which I think have made me a better driver than I was before. I'm sure Kimi for example has come back to F1 a better driver than when he left.

One thing that really stands out is that going from the situation where you are a driver in a junior Formula team to a sportscar or GT team makes you a bigger team player. It's so important to get along with your team-mates and work with them to get a better result for the whole team. This is a huge change from the single-seater world where you're constantly hiding little bits of information from your team-mate as he is your biggest rival. There's a huge mindset change and once you get over that and turn yourself into a team player, life becomes a lot more enjoyable.

In terms of driving, I found that I have had to allow myself to drive more naturally nowadays when jumping in and out of different cars all the time. When you drive the same or similar car continuously you get to know every single detail of the car intimately and I suspect there are a lot of drivers in F1 who have been in that zone, which is why we're seeing the errors that we're seeing this year with the reduced downforce and higher torque formula. In that zone as a driver, you know how it should handle, you know the power delivery, the braking performance and the grip levels. Because of this, after a point, you start to drive in a more cerebral way, almost thinking things like "Right, when the wind is behind me and the track has a good level of grip and I have new tyres on, I can brake at 70 metres before the corner. If I'm on used tyres, it's probably 85 metres."

When you're jumping in and out of different cars as Sportscar and GT drivers tend to do these days, you go back to relying on your natural feel and instincts to guide you around a lap in the fastest possible way. At a race like Le Mans, you have to be able to adapt and be fast right from the out lap even when the track temperature has changed 25 degrees from your last stint. In a GT car, you have to be able to adapt to some having ABS and others without. You have to adapt to each car being completely different in terms of strengths and weaknesses, balance and power depending on the balance of performance. You have to adapt to different championships and manufacturers having different tyre suppliers. Ultimately, the drivers who adapt faster are the ones who have gone back to just relying on their natural feel.

One thing that is really hard to do, is to go back to circuits that you know but in a car that's completely different from what you last drove. I actually find it's a lot easier to go to new circuits now and just learn my way around because I have no reference. When you drive a GT car on a circuit where you've been around in a Formula 1 or GP2 car, you all of a sudden discover corners that you didn't think were there and your braking references are so far out, that you really have to reset your mind. And adapt.

I suspect we saw a bit of this at Barcelona, where for example the drivers were used to coming out of turn 4 and just getting to full throttle quickly once the downforce kicked in, which they can't do anymore. I'm sure it's really hard for the F1 guys this year to understand just how much they have to under-drive to get the laptimes, and this is applicable up and down the grid. So how do you build in this adaptability ? Well, a big thing is to have an open mind and realise that you can't think about "the way things were when I drove X,Y or Z". You really need to reset and just go back to relying on your hands, feet and bum to get the right feeling. I think working with a driver coach like Rob Wilson can be very beneficial and is something that I like to do even today. I would always suggest to any young driver that they should do a couple of days with Rob and learn about themselves as drivers. Trust me, a lot of the F1 grid have been out on track with Rob.

I've found karting has really helped me over the last few years. I never had the opportunity to race karts in India when I was growing up, but I bought a kart a few years ago. I've been doing at least one day a week to keep me race sharp and the English weather at my local track has been as changeable as always. This means that every time I go out, the conditions are very different and I have to drive using my natural senses to get the best laptime and this has been very useful for me.

End of the day I firmly believe that in any other category, the adaptable good drivers, with open minds and natural ability will rise to the top. 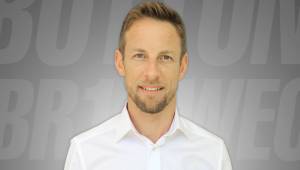