Is the Indian police too slow for criminals on bikes?

In February, I had written about the police being ill equipped to catch bikers breaking the law  be it chain snatchers or the bike gangs that race and ride rashly. Sadly this was proved beyond a doubt in Mumbai recently.

As reported by the Mumbai Mirror and other publications, around midnight on August 17, a group of bikers were racing on Worli Seaface. Cops there alerted the police control room, which gave instructions to nab the group of approximately 15 bikers. Despite being asked to stop, the bikers sped past barriers, resulting in a high speed chase involving more than 30 cops, in around 20 patrol cars and some motorcycles. Cops from seven different police stations attempted a relay chase of sorts as the bikers crossed over from one jurisdiction to another. According to police sources, throughout the nearly 24km pursuit, the group mocked cops for being too slow and even verbally abused them. One biker collided with a car at Kherwadi junction, and the rider was killed and the pillion injured while trying to escape. Only one biker was nabbed, while the rest managed to evade the cops and flee. The arrested suspect, one Adil Khan, was let off after a fine. 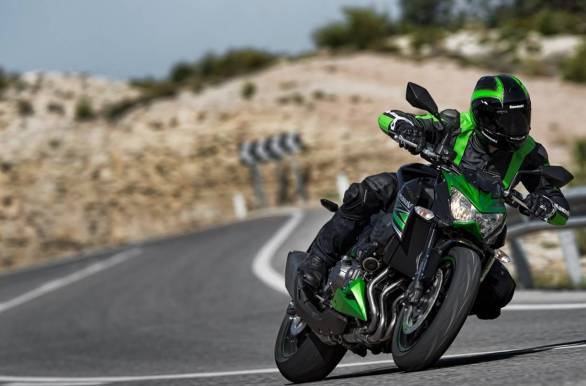 Deputy police commissioner Dhananjay Kulkarni said, "Speeding bikers are a major concern for us and we are taking additional measures, such as more nakabandis (checking at road barriers), to end their nuisance. It's mostly youngsters who speed around for the fun of it but end up losing life or limb." Senior inspector Mahadev Wawal of the Vakola police station said, "The bikers' group created a lot of nuisance, even abusing cops. They were riding modified motorcycles which were very quick. We managed to nab one of them."

I will repeat, just one out of the 15 bikers was arrested. Despite 30 cops, in around 20 patrol cars and some motorcycles, giving chase. This clearly establishes that our police are incapable of successfully chasing and catching a good rider on a fast bike. The police say the bikes were modified and they may well have been. But that can be no excuse. If fast performance bikes are freely available in the country, the police must also get some and create a 'bike squad'. We have anti- terrorist squads, bomb squads, dog squads etc. So why no bike squad? I think the time has come to create one. Not just to arrest bike gangs or bike borne chain snatchers. But to take on any bike borne terrorists, if and when they emerge. Any strategist will tell you that for any robber his means of getaway is very important. Similarly for any terrorist, it's the means of unleashing terror that is important. The 9/11 and 26/11 attacks revealed a completely new modus operandi for terrorist attacks. So it would be foolish to rule out bike borne attacks. To deal with them, you need special police riders who are trained to intercept and capture, or take out criminals on bikes. The squad must be given fast and agile motorcycles and proper rider training including sessions on racetracks, dirt trails and even at motocross events. I hope the abuse and mocking of policemen has struck home and we will see a strong and well thought of response in the form of a proper 'bike squad'.

On a different but somewhat related front, the Indian Ministry of Road Transport and Highways has launched a Green Highways Drive. By the time you read this, they should have unveiled the Green Highways Policy 2015. The aim of this policy  Plantation, Transplantation, Beautification and Maintenance. Some of the key features are  creation of green corridors, environment improvement and enhanced highway aesthetics. Yes highway aesthetics, what utter rubbish. Our highways are covered with the blood of over 1.5 lakh people that die on our roads annually and the over 4.5 lakh that are injured. And the Government is worried about 'highway aesthetics'. Talk about misplaced priorities. This is so ridiculous that it's not even worth commenting on. But I will. Because what the Government calls 'highway aesthetics' is actually another way to make our highways even more unsafe than they already are. Look at all the new divided highways and expressways. All have some sort of landscaping with exotic plants, flowers and what have you growing on the road divider. The mentally disabled ones, who sanctioned this, don't realise that this landscaping attracts and brings cattle onto the highway. Yes, go on any of our divided highways with landscaping and you will find goats, sheep, cows, buffaloes, etc, all happily grazing right in the middle of the road. Very often they suddenly step out from the man-made mad vegetation onto the road and cause accidents. The very ministry that is supposed to keep cattle off our highways dangles a juicy and irresistible invitation to them in the form of this green landscaping that is meant to improve 'highway aesthetics'. You also have water tankers driving slowly in the right lane watering these plants everyday. These tankers don't have any real prominent flashing lights or markers to warn motorists that they need to slow down because they are approaching a slow vehicle in the fast lane. This has also resulted in many accidents. It's really a shame and huge tragedy that the Government is more concerned about 'highway aesthetics' than 'road safety'.