I'll never forget the first five words, six if I'm being pedantic, that Rayomand Banajee ever said to me. It was back in 2008 at a prizegiving ceremony in Kolhapur after the National Karting Championship had just concluded. Rayo was standing there, clutching that hard-fought championship trophy that had only just been handed to him and looking rather pleased. He had every right to be, too. That trophy had been earned after a season of wins, near misses, mysterious mishaps and the usage of his keen knowledge of the rulebook (in addition to pure racecraft) to outsmart fellow competitors. When the crowd that was milling about him dispersed, I had finally gone up to Rayo to ask him about his season. I don't remember what the question I'd opened with had been, but it couldn't have been a very easy one. He'd looked me up and down, and in a polite, yet visibly wary manner, had begun, "Don't quote me on this..." Of course, Rayo later explained that he didn't know me at all, and one really needed to be careful what one said to journalists, some of whom he worried were liable to misquote people and print any old thing without bothering to check facts properly. Either way, it ended up being one of the most memorable beginnings to a motorsport conversation I've ever had. The discussion that followed had been peppered with interesting facts and very well formed opinions on karting and racing in general. He'd spoken of both with such energy, enthusiasm and clarity, it was refreshing. Given that it really was nearly the end of his competitive career (that was to be the last driver's championship trophy Rayo would take home) I found that I believed him when he said that he had no Plan B. That his life was meant to be spent in the world of racing, even if it wasn't him in the racecar. I'd heard others gush like this in the past. And I'd always been skeptical. Somehow, that time, I wasn't.

There were, however, two things that really and truly stood out for me. The first was that Rayo was one of those rare racers who would leave absolutely nothing to chance - whether it meant memorising the rulebook, committing the supplementary regulations to memory, or being prepared for the unlikely eventuality that his kart might blow a tyre during a race and he'd need to make it to the finish line in spite of such an unfortunate circumstance - he was always prepared. The second - it was the very first time that I had spoken to a racecar driver who refused to bring money (or a lack thereof) into the conversation. He never once spoke about how expensive racing was. He never once complained about the fact that sponsorship was hard to come by. He never deviated from the actual on-track events that transpired. Back then, I had wondered whether this was because he had a pot of gold hidden away somewhere that he could always count on. Over the course of the next few years though, I found out it was quite the opposite.

I began to hear one tale from here, another from there, and slowly pieced together how Rayomand Banajee, a kid with no connections to the motorsport world, had managed to win every national title he'd competed in on his own terms. Of how he'd choose the train for inter-city travel, because if one was competing in a national championship event, the tickets were highly subsidised. Of how he'd sleep at a Parsi dharamshala instead of a hotel to ensure that he kept himself well within budget. Of how he'd bring his own scooter to each city, so that he didn't have to spend too much money on cabs to get to and from the track. Of his will and determination to succeed, no matter what. And of how he'd turn his winnings from each race weekend into funding for the next. Which is also why the transition that Rayo made from racer to team owner, mentor and driving coach has always left me truly impressed. And it's also why when I see him being hard on some of the kids who race for him today, pushing them to be truly independent and fiercely determined, I understand it. Rayo's approach has always been that you need to fight hard, and smart, for everything you want in life. I'm inclined to agree.

Very often when we see someone standing on the top step of the podium, we really don't understand the sacrifices that go into getting that race win. We don't see the scrounging together for money to get a race seat, we don't see the substitutes to that expensive racing simulator that some of them build at home, we don't see the hours of jump rope practice that they have realised is the cheapest, most effective way to better their hand-eye coordination and we don't see the hours of mental training that involve shooing away self-doubt and replacing it with pure focus that is needed to achieve their goals. We see opportunities that have been created because of a sheer unwillingness to give up, and mistake it for being at the right place at the right time. We see hard work, and mistake it for luck. We see a refusal to accept that there is a preordained path set out for us, and we mistake it for destiny.

And every time I find myself weakening or wanting to give up, I think about the likes of Rayomand Banajee. It helps me push on with determination.

However, that isn't the reason that these memories were dredged up today. It was, instead, something I happened to chance upon in the FMSCI calendar. An all-new national karting series. A series across five cities that will help encourage grassroot motorsport in the country. A series that Rayo once hinted so many years ago that he might someday start. A series I see listed as something organised by RR Motorsport. So, of course I begin asking those not so easy questions once again, before any official announcement has been made. And I realise some things just never change, for Rayo once again begins his response with "Don't quote me on this" 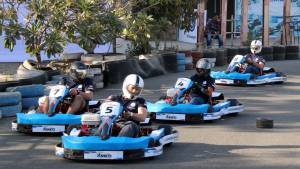 Record number of entries for 2019 Volkswagen... 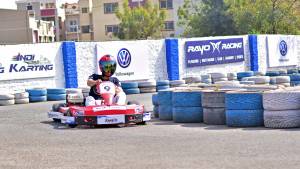 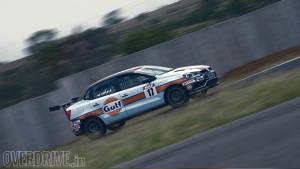