Recently the road transport minister Nitin Gadkari, asked his officials to come up with a policy to fix the time limit for commercial drivers as it would prevent accidents caused by tired drivers dozing off at the wheel. He has also instructed them to work on a plan to install sleep detection sensors in the cabin of commercial vehicles. 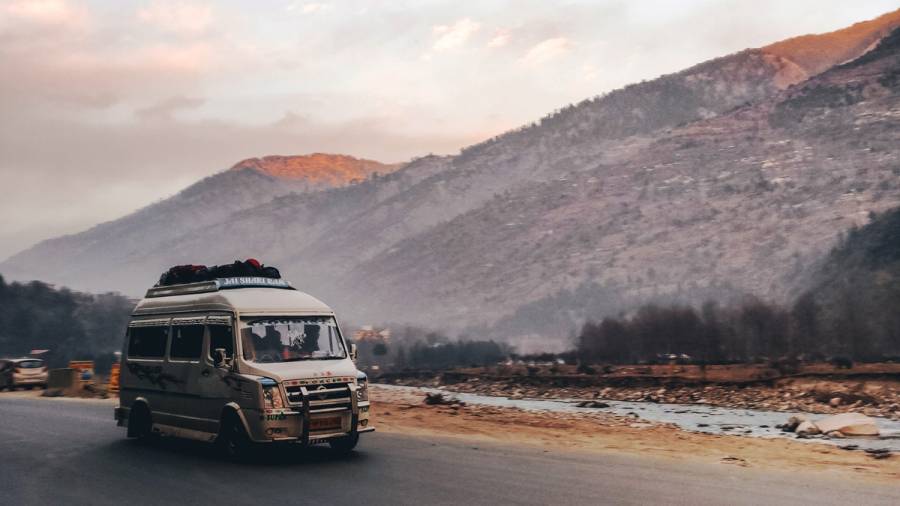 In my opinion, Gadkari's aim to prevent drivers from driving long hours and getting drained is an excellent initiative. A large number of accidents on our highways are the result of "drivers dozing off at the wheel". Most Indian truck and bus drivers work long hours with little rest and relaxation. These drivers have a hard life with limited facilities and comforts, and the employers are also known to push their endurance to the limit and beyond. This results in crashes caused by fatigue and lack of sleep. 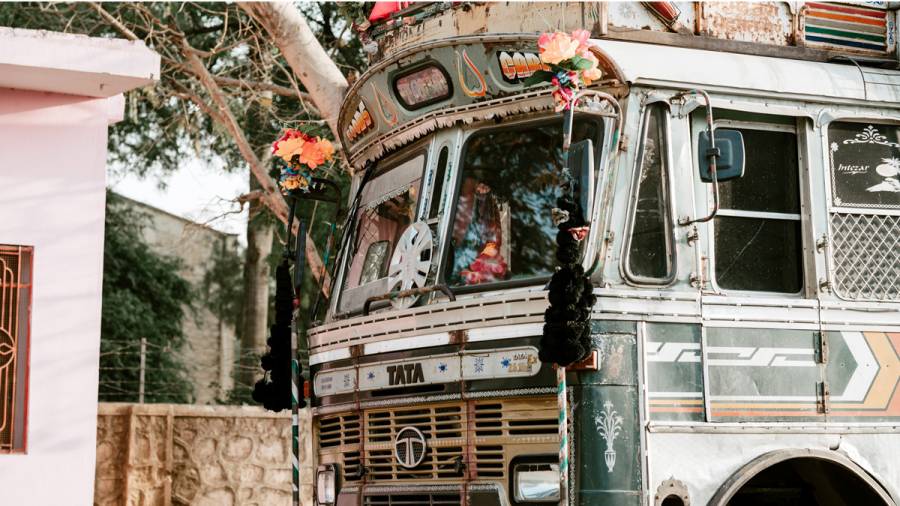 Just look closely at most Indian truck and bus drivers, and you will find they are worn-out and always appear weary and drowsy. Many also use tobacco, alcohol, drugs and other such substances to try and keep the fatigue at bay. In fact several tea stalls on Indian highways offer special opium-laced tea for truckers, as opium slows down the speed of messages traveling between the brain and body. This can give one a feeling of relaxation, but opium also results in impaired reflexes, which is very dangerous for drivers and other road users.

Many accidents happen due to drowsy drivers who fall asleep at the wheel. Images courtesy Maulik Shah on Unsplash

Interestingly, Lakshya Gupta and Jaldeep Giniya, two engineering students from Uttarakhand have designed a sleep detection device that operates with a computer vision technology. The camera mounted in the driver's cabin keeps track of how often the driver blinks his eyes. If the blinking is too frequent, the device sets off an alarm and it also makes the seat belt vibrate. 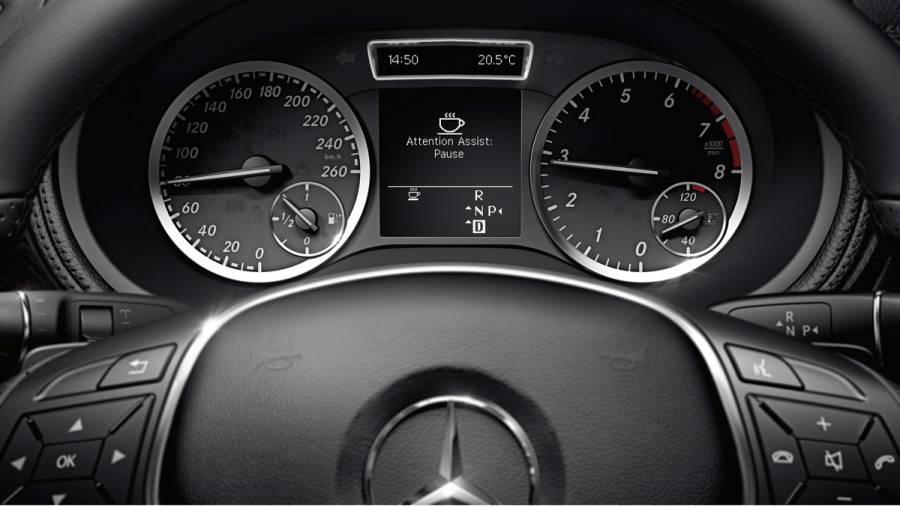 If I am not mistaken, Mercedes-Benz was the first to equip some of their vehicles with a sleep detection device named "Attention Assist". This device is said to rely on an algorithm and a specialized sensor to detect driver fatigue. During the initial minutes of driving, the system analyzes the personal driving habits of a driver using over 70 different types of parameters. The advanced sensor records the steering movements and steering effort, because research by Mercedes-Benz engineers has revealed that tired drivers tend to make minor steering errors and slightly change their normal steering behaviour. 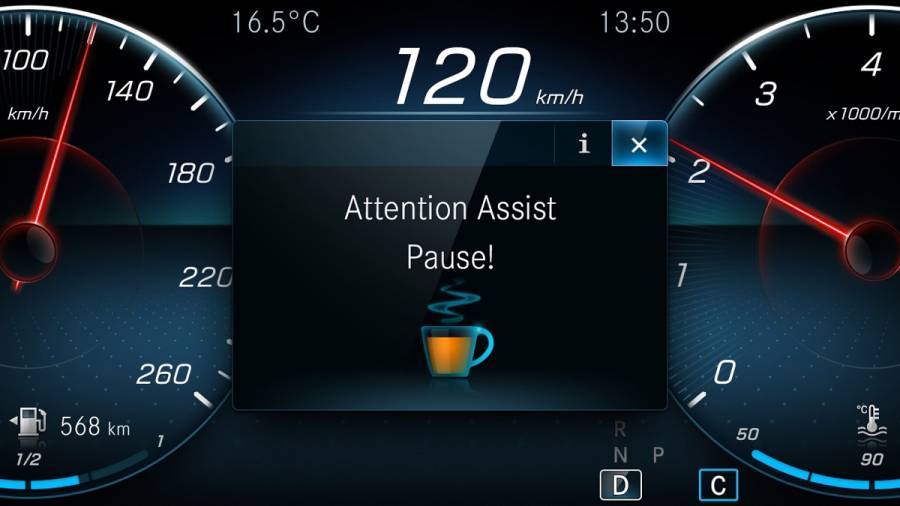 After analyzing the responses and parameters, if the "Attention Assist System" finds a driver is drowsy, it gives visual and acoustic warnings saying it is" Time for a break". In most Mercedes-Benz vehicles, a coffee cup icon appears on the dashboard and some models also display the detected attention level and duration of driving. 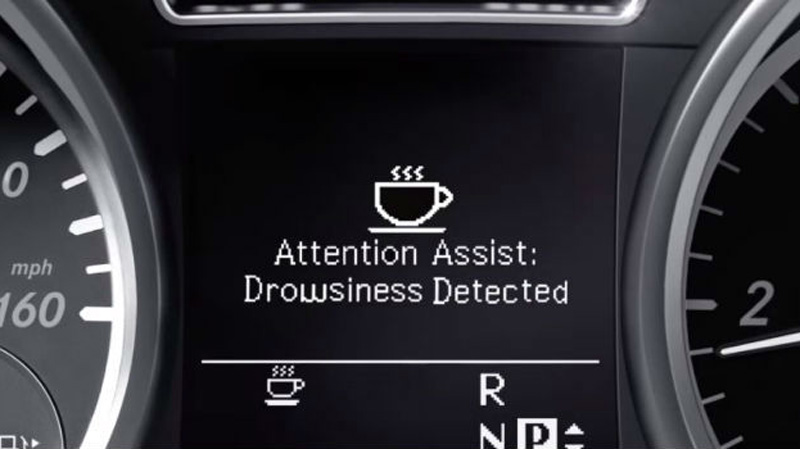 In some Mercs it also says- Drowsiness Detected 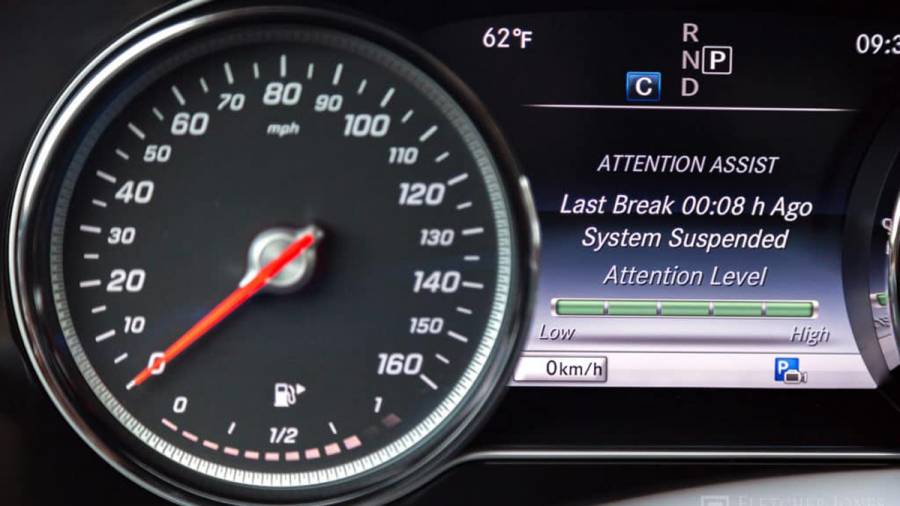 Certain models display the attention level and driving time too

Features like "Attention Assist System" can help prevent accidents caused by driver fatigue. Given this, sleep detection devices must be made mandatory in all commercial vehicles in India. This will surely contribute in reducing accidents and deaths caused by drowsy drivers, especially on long journeys or nighttime driving. 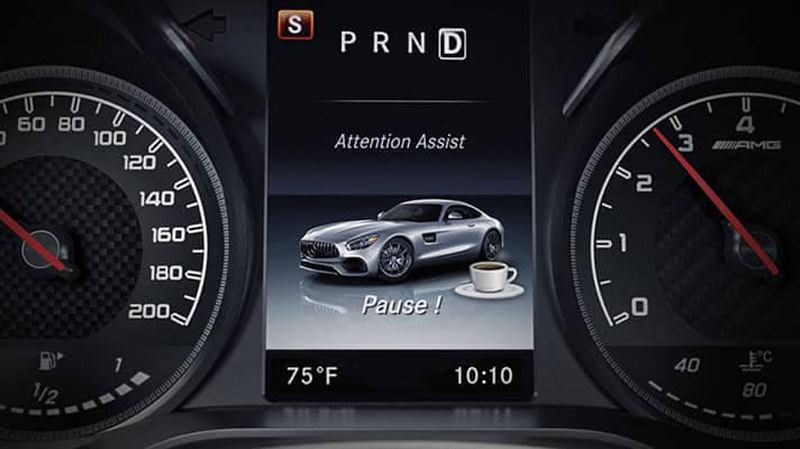