Just the other day, I was asked to suggest a car not costing more than Rs 4 lakh and meant for the ladies of the house who would always be chauffeured in it. Clearly then, the car had to be spacious and comfortable in the back. But this presented a problem. In India, size somehow is a function of price. The higher the price, the bigger the car. Of course, we have exceptions like the Mini, which is a great example of big-price-small-size or the Maruti Eeco which is exactly the opposite  small-price-big-size. However, cars like these are very few and far between. 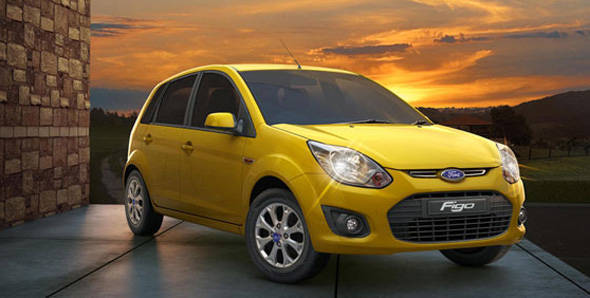 The first car that came to my mind was the Tata Nano. It's small, costs little, but the space utilisation inside is tremendous; it's the best small car in this regard. It has great head and knee room in the back but the seats are thin and hard and not very comfortable. Names like the Alto and the Eon came up as well, but these are seriously cramped at the rear.

How about the Ford Figo then? It's one of the larger hatchbacks in the country; it has wide opening doors; good ingress height; comfortable rear seats; is supremely spacious for a car its size; and is reliable too. Price? Yes it does cost over Rs 4 lakh, but for a new one. Why not settle for a used Figo instead? Two years old, well maintained models go for about Rs 3.5 lakh, after all.

But, first let me put to rest all those questions running amok in your mind. Gone are the days when your local used car dealer could easily fleece you into buying a lemon and charge you a bomb for it. Today, the market is flush with organised players; dealers who carry respectable automotive names behind them. Take First Choice by Mahindra or Carnation run by Jagdish Khattar.

If you are still not satisfied, you could walk into any of the company showrooms; nearly every automotive company present in India now has a used car arm, be it Maruti at the affordable end of the spectrum or Audi at the expensive side. You would have to dole out more money to buy cars from these organised sector players compared to your overly friendly neighbourhood dealer, but then you also get a year's warranty and a car that is in fairly good nick, at least mechanically.

As I see it, settling for a used car isn't as bad a deal as most make it out to be. I know of many who have managed to buy cars they really wanted but could not afford, thanks to the used car market. Not only can you buy bigger, more comfortable and more fun to drive cars for similar money, you also end up enjoying them more. You are more carefree with a used car than a brand new one  you won't mind revving it hard or taking the bumps at a fairly high clip or even parking it in a busy shopping area for the fear of someone scratching it. After all, you won't have an idea how the car might have been used in the past, so being extra careful with it to save for longer years, isn't worth the while.

There are some rules, nonetheless, which one must follow when shopping for a used car; to make the ownership experience less troublesome more than anything else. Buying one from the organised sector, is of course, a safe bet, but equally important is to choose the right car, and I don't mean in terms of body style or engine choice or the trim level, but a decision based on cost price. Let me explain  for example if your budget is Rs 4 lakh, you might be able to buy a used car which costs 6, 7 or even 10 lakh rupees when new, depending on how old the car is.

But, a car's running cost is a function of its sticker price. So, if you buy a car that retails for a lot more than your budget, its service cost as well as the price of parts, be it wing mirrors or bumpers, will be expensive too. Now I have had people calling me, people who can afford a C-segment sedan at best, and asking if it was a good idea to buy a Mercedes, a really old one, for one fourth it's original price, and every time I have shot down the idea. And for one reason alone  the running cost. The thumb rule here would be to go in for a used car that retails for about 25 per cent more when new, over your budget.

So, is it a good idea then to buy a bigger, more comfortable and upmarket used car instead of a new one from a segment below? Well... I just bought one and recommended that used Figo as well. 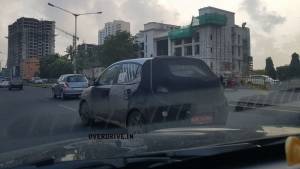