Automotive awards are not what they used to be

Automotive awards in India have gone through a metamorphosis and become a very big thing for all automobile manufacturers. A decade back an auto award given by the automotive media was welcomed by a manufacturer as recognition of its products. Now auto awards are not just an acknowledgement of its vehicles, but also important and essential marketing tools to sell its products. But now many manufacturers actively campaign for awards with some getting desperate to win them. In fact there are also manufacturers who demand awards. This clearly shows how vital winning auto awards has become for manufacturers in India.

As the year draws to a close, auto journalists start getting calls from manufacturer's asking "When will the judging begin for your awards? What cars or bikes do you need us to send?" As the date of the jury rounds approaches, some manufacturers ask to meet the auto journalists. They then want to discuss the products that qualify for the awards and the chances of their vehicles. Many request for 'support'. Others try and brainwash the auto journalists about the 'superiority' of their products and how only they deserve to win. I hate saying this, but few manufacturers even suggest 'incentives' in 'exchange' for an award. In fact I recently was with a very senior person heading one of the biggest automobile companies in India and he said, "These days most auto awards are linked with rewards." I then told him of a launch of a car I had attended three years back. When the head of that car company was unveiling his latest offering he announced, "I am delighted to present to you, the so and so Car of the Year." Yes, that particular midsize sedan had won a Car of the Year award, even before its launch! The fact that it subsequently failed to attract many buyers is another story.

Having been part of the ICOTY (Indian Car of the Year) jury right from the beginning in 2005, I can confidently state that it is the most honest auto award in India. This year there were 16 jury members and eight publications (including OVERDRIVE) were represented on the 2015 jury. The jury members are all rivals who come together just once a year to pick one winner. There is nobody to draw out a whip and say you need to vote for this particular product. And no jury member stands to gain even a rupee from this award. In fact they even pay for their meals on the voting day. There is no bank account, and no commercial activity conducted by the ICOTY whatsoever. The award function is hosted by the sponsor and the jury members do not even get to know what it costs. All this has made the ICOTY the most coveted and credible automotive award. As the chairman of the jury this year, I did get calls from some manufacturers asking about their chances and one even repeatedly said it was very keen to win the ICOTY. My response - the best car shall win, as it does each year. 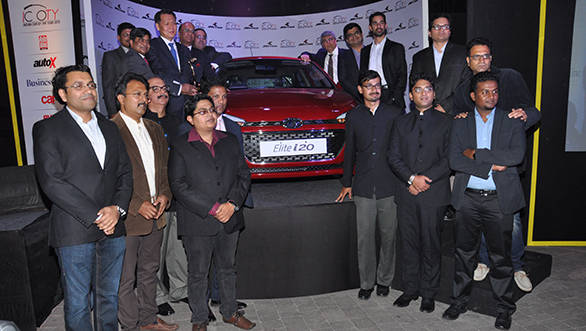 Sadly that's not the case with several other auto awards. Winners are not picked purely on merit, but for reasons such as the advertising budget of the manufacturer. Or the number of 'exclusive stories' provided. Or other such rewards, favours and incentives. While some in the automotive media may be at fault, some of the manufactures must also share the blame. They try to influence the results and they do give out the 'rewards'. Sadly some manufacturers also hold grudges if they do not win. They openly express their unhappiness at not winning an award and tell editors and their marketing teams, not to expect much 'co-operation' any more. If this is not arm twisting, what is.

This craze for awards has also led to immense escalation in the number of awards. Earlier it was just some automotive magazines giving awards. Now you also have auto television shows, websites, auto blogs, associations etc. The categories in which auto awards are given have also multiplied with some really stretching the limits of imagination. There are award ceremonies where almost every manufacturer wins some award or the other. It's just like being invited to a birthday party, where everyone takes home a return gift. Again the manufacturers have to share the blame because some of them insist they will only attend if they are winning something and will not just come to clap for someone else.

The big business of auto awards has even resulted in the creation of camps within the auto journalist and manufacturer fraternity. Certain journalists back some manufacturers and are biased against others. The auto manufacturers of course know who the credible ones are, and you would expect them to only want to win awards given by them. Unfortunately, that is not the case. They want to win any and every award and the ones that play ball with them, are favoured.

How long will this quid pro quo awards game continue? I can only guess. What I think will happen is that in time the fatigue factor will set in with customers and they will lose interest in knowing what vehicle has won what award. Maybe then the manufacturers' hunger for auto awards will abate and only the most credible ones will be valued.