Later this month, Prime Minister Narendra Modi is scheduled to inaugurate the Atal Tunnel built under the challenging Rohtang Pass. Once this tunnel is officially operational, it will remove the need to drive over the Rohtang Pass, which at times can take 3 to 4 hours, or even longer. With the Atal Tunnel Rohtang, which is named after our former Prime Minister Atal Bihari Vajpayee, this journey will now require approximately 20 to 30 minutes and substantially reduce driving time, both from Manali to Leh and to the Lahaul Valley. 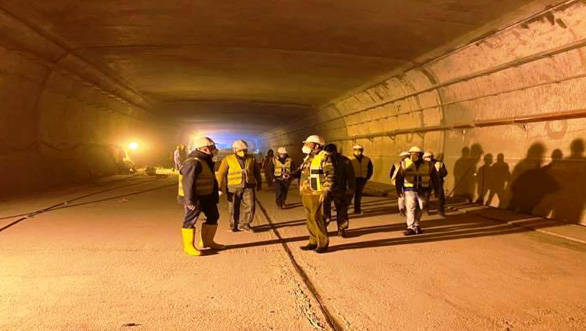 The Atal Tunnel Rohtang is scheduled to be inaugurated later this month by Prime Minister Modi. (Image source ANI)

The Rohtang Pass is part of an ancient trade route and at 13,058 feet; it's not very high by our Himalayan standards. What makes it fearsome and formidable though, are the cold and fast winds, snowstorms, blizzards and frequent landslides that occur here. In winter, the pass gets blocked and buried under snow and ancient travellers feared it so much, that they named it Rohtang, which means mountain of bones!

As Rohtang Pass closes in winter, road connectivity to the Lahaul Valley in Himachal Pradesh is completely cut and the Indian Army also loses its supply route to Leh via Manali. Given this and the tensions on our LAC (Line of Actual Control) with China, the opening of the Atal Tunnel Rohtang, could not have come at a more opportune time. This winter, not only will Lahaul not be cut-off, but the Indian Army and BRO (Border Roads Organization), might just be able to keep the road from Manali to Leh also open. This has immense strategic importance and could give a huge boost to our defense and strike capabilities in the entire Union Territory of Ladakh, which spans a very large area. In fact area wise, Ladakh is the 7th largest state in India and it's comparable in size to countries like Cambodia and Syria. The Rohtang Pass is challenging as its prone to storms and heavy snowfall, due to which it also closes in the winter. (Image source NW18)

Building a tunnel at Rohtang, became crucial after the Kargil conflict. Basically there are two roads that lead to Leh and Ladakh - one from Srinagar via Kargil, and the other from Manali via Rohtang. One of the main aims of Pakistan in the Kargil war was to break the link between Kashmir and Ladakh, and stop all movement of traffic on the Srinagar to Leh road.

This highway faces our LOC (Line of Control) with Pakistan and can come under accurate ground fire anytime, which makes the road from Manali to Leh, that much more vital. It is further inland and away from the sight of the enemy and if it stays open through the year, the army convoys can continuously carry supplies to the garrisons in Ladakh. However, snowfall could still block passes like Baralacha La, Lungalacha La or Tanglang La. But the blockages may be just for a few days and if the army tries, they may be able to keep these passes on the Manali Leh road operational too. They have never seriously attempted this before, because it was impossible to have anything come over Rohtang Pass in the winter, which is something the tunnel has now changed. 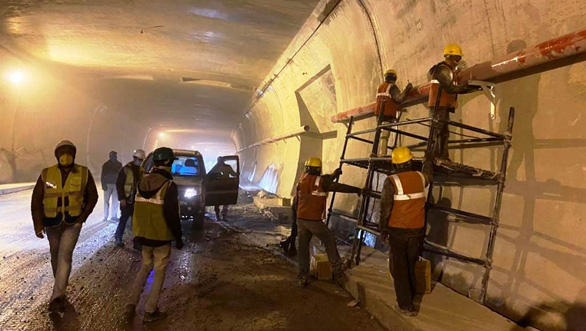 The Atal Tunnel Rohtang will provide all-year connectivity to Lahaul Valley, and maybe from Manali to Leh too. (Image source ANI)

While the Atal Tunnel Rohtang has massive benefits both for the Indian army and the residents of this high altitude region, there are some downsides and disadvantages too. For one, the scenic and daunting road on the Rohtang Pass will no longer be maintained due to excessive costs and this means one less challenging road for us auto enthusiasts to drive. The all year connectivity will bring more traffic and also increase the influx of tourists to this ecologically fragile region. Some environmentalists suggest that this could lead to a faster rise in temperatures and melting of glaciers, due to which the delicate ecology of these Himalayan Mountains will surely suffer.

Places like the Lahaul Valley, which until now were remote and difficult to reach, will become far more accessible. While this will increase trade and tourism and be good for the economy, I fear it will also result in uncontrolled development and concretization of a land blessed with utmost natural beauty. With the entry of so many people from the plains, the local culture and way of life of the mountain people could also start changing.

Of course the property prices will increase exponentially and many new resorts and hotels will come up. And you can be sure that people in the know and with the right connections, have already acquired huge tracts of land to exploit commercially. Honestly, I dread the development that will happen as it is bound to spoil this so far isolated and pristine region. The way we do development in India, it actually becomes a form of destruction. The road to heaven should not become a road to hell, but this is what I am frightened will happen.

Making roads or tunnels, requires enormous investment and lots of permissions and clearances at various levels. How about having a dedicated department that effectively controls what can be done and what is not permitted, once one place is connected to another. How about ensuring no unplanned development takes place. How about learning some lessons from the COVID pandemic and giving more priority to blue skies, clean air and water, and nature's gifts, as opposed to ugly cement and concrete structures and other such man-made monstrosities'. These could be good for commerce, but quite often end up being harmful for our actual well-being. 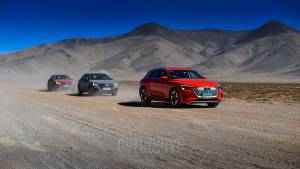