Are motor shows losing their lustre?

The highlight for me two months ago was, for obvious reasons, the Paris Motor Show. A buffet of cars and technologies that will make their way to global markets in the next few months is where motor noters like me go to get their rocks off. Unless you're the BBC and everything comes to you! Which explains why Clarkson is never seen at a motor show. Good for him, but for us here on this subcontinent, we keep making that pilgrimage to the motor show halls of Europe, US and Japan regularly. A motor show is also the best place to get a sense of what future trends are going to be like. Manufacturers spend millions trying to analyse customer preferences in the future and preparing to cater to those whims and fancies and a motor show is where we get a sense of what's in the oven.

There are presently about 10 motor shows that are globally important or gaining importance. Frankfurt, Geneva and Paris in Europe; LA and New York on the other side of the pond; Beijing, Shanghai and Delhi in Asia and Tokyo in the Pacific region are the premier car shows. Then there are the Milan and Cologne motorcycle shows, Hannover for commercial vehicles and in between, there are a few more significant ones for classic cars and environment-friendly vehicles. All in all there are around a dozen global motor shows that are hugely important. In between these are several other small motor shows that aren't globally significant but have lots of regional importance. Annually there are at the very least around 10 motor shows, a couple of these are biannual. So you can imagine the amount of investment that goes into presenting something new at these motor shows. There are limits to just how much a manufacturer can show in terms of development. When the Japanese automobile juggernauts landed on American shores decades ago, they effectively showed the world that they could develop a completely new vehicle in under three years while the rest of the world took 5-7 years to achieve the same. This pressurised European and American manufacturers to follow suit. Today those pressures have skyrocketed with customers even more eager than before to know what's next! In the not so recent past, a motor show was the ideal platform to generate excitement. These days manufacturers tend to reveal, before-hand through images and videos, their plans for the future. So at Paris, a large chunk of what was on display was revealed much before the doors to the motor show opened. 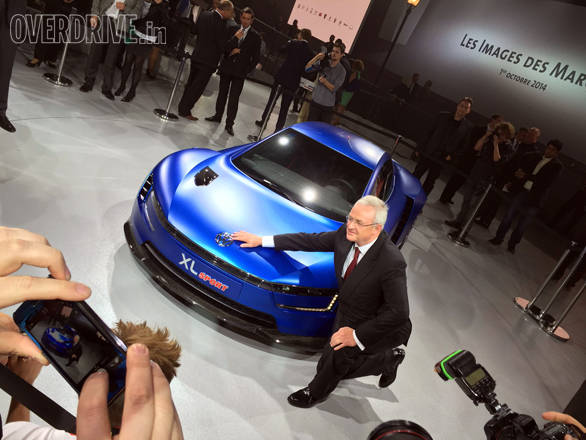 It's one of the reasons why, of late, motor shows for me have sort of lost their lustre. A decade ago a motor show was a massively exciting event to attend. These days it's a question of just what's significant enough to make the trudge thousands of kilometres away from home. Do I really need to see the Ferrari 458 Speciale A, images of which were revealed just weeks before the show? Or did Lamborghini lose the plot when they revealed that the doubling of performance was them jumping on to the hybrid supercar bandwagon not a reveal of a production ready SUV. JLR had already revealed the XE and the Discovery Sport and so did Volvo, the XC90. Motor shows are increasingly becoming less of a reveal event and more of a launch pad after everything has been revealed.

Yes it's exciting for us to see new cars in the flesh but the significance comes down a bit when you already know what to expect. I think it's time manufacturers focused on just the four big regions and divert their energies towards making these four events larger than life. So have a North American motor show, a European one, one in the Pacific and one in Asia and let it annually move within those regions. This should help manufacturers trim down costs more than ever, generate more excitement and provide not just one show stopper but several more. Like the Olympics or the FIFA World Cup, let each region bid to be the host nation for a motor show. This will enable nations with a strong manufacturing base get in on the act and not just be mute spectators. Undoubtedly most nations will willingly participate as it brings a massive boost to their economies and will in turn also help the motor show be amplified on a much larger scale once the governments get involved. Countries like Russia, the Philippines, Indonesia, Thailand, Brazil, Australia, South Korea, Poland, China, Czech Republic, even India that are hot manufacturing hubs for carmakers have the potential to put on a grand spectacle. If these are some of the biggest markets of the future it's only right that the future be showcased there in a much bigger way!