This is with regards to your proposed order that will make the sale and manufacture of non-ISI helmets illegal and punishable shortly.

I work as the editor of India's biggest brand when it comes to automotive journalism in India. More importantly, I'm a passionate motorcyclist. I've been riding motorcycles for over 20 years, 18 of them professionally. As an informed and heavy user of helmets - on average 50,000km a year wearing them - I have a few points of feedback.

Firstly, thank you. I believe this law is overdue and I also encourage the police departments to enforce this law strictly. Without that, this law will be another one for the books, without making any impact in the real world.

But I do have a few suggestions and objections to what is in the law.

I have had the opportunity to look at helmets and the laws and standards governing closer than the average Indian citizen as part of my work.

I am surprised that you would add a 1.2kg weight clause to the law. The BIS standard already specifies that lighter helmets are preferred but 1,500g is the maximum standard-meeting weight.

The reason why this clause hurts me is simple. I have worn the absolute best helmet I can afford for every single day ever since I started riding professionally. That means the best materials go into every single component of the helmet. The best helmets in the world average around 1,500 grams in weight - most likely because most standards converge on that as the maximum permissible weight. 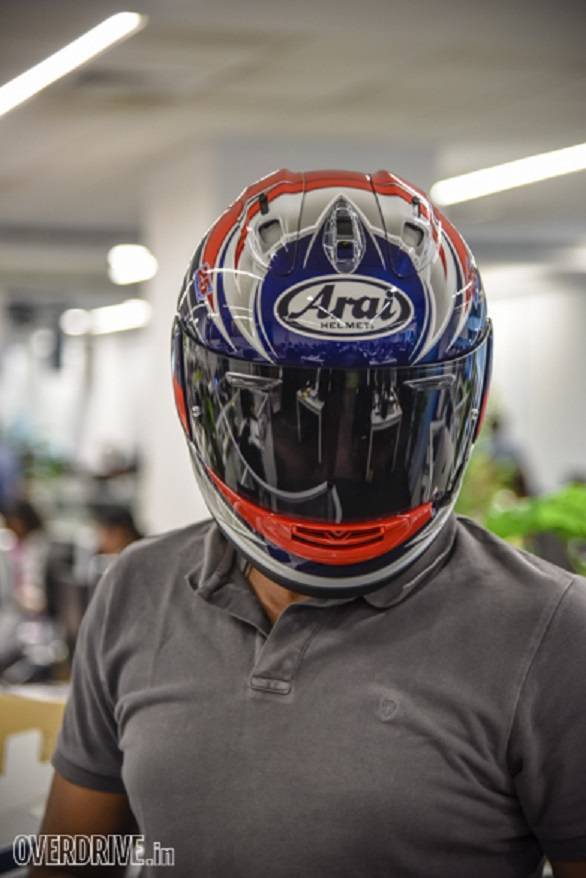 As someone who regularly wears them for ten hours or more as part of my job, I submit that a well-balanced helmet, heavy as it is by your proposed standards, far exceeds the comfort offered by the 1.2kg Indian made helmet. In that sense the weight the law proposes has no correlation to whether the helmet is comfortable or not.

It feels like this arbitrary weight limit was created to pander to the Indian helmet manufacturers who have a vested interest in disallowing internationally established brands from entering and operating in the Indian market. Most of these brands meet the global standard - 1,500g. In essence, instead of supporting a vibrant market, you might inadvertently be becoming complicit in what feels like a plan to manipulate the law to the advantage of specific entities.

I suggest, sir, that this part of the regulatory environment isn't broken so we don't need to fix it.

When I studied the Indian helmet and visor standard as published by the Bureau of Indian Standards, I noted two things. First, if memory serves the committee that created the law has no motorcyclists on it, which strikes me as odd. And yet, back in the day, the committee was astute enough to realise that they were not equipped to make a law. And they did the right thing by sticking very close to the best helmet standard available at the time, the ECE 22.03, the European helmet standard at the time. Full credit to them for making a good judgement call. 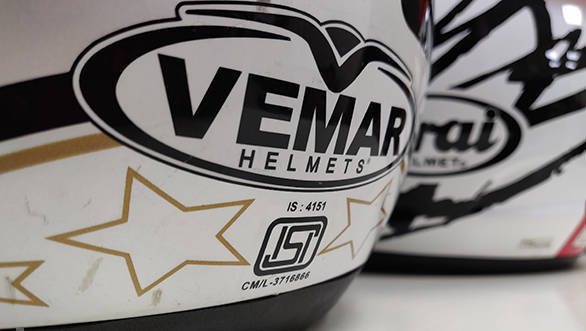 It also means that all ECE 22.05 helmets will, almost automatically, exceed the BIS standard.

However, today, the Indian standard lags behind the global standard. It is widely accepted that Europe has not only the best standard but also the most stringent testing and certification program. Enforcing an older standard when better information and materials are available puts us, the serious motorcyclists at a disadvantage when your law comes into effect.

In effect, I am able and willing to go through all the pain and expense required to acquire the best helmet technology and product I can buy. The irony is that the Indian standard is more older and there is very little data that suggests that all the helmets on sale with ISI marks are thoroughly tested by the BIS. In effect, while your enforcing the quality of the helmet for those who don't know or don't use helmets, you're forcing us to downgrade to a helmet that meets an older, less informed standard.

I do have a solution. In the car and motorcycle market, vehicles that exceed a certain set of conditions - usually connected to the engine size - are allowed to present a global vehicle certification instead of having to be homologated for Indian roads.

The logic for this is that the Indian citizen's freedom to choose isn't restricted, the vehicle is safe, and since these vehicles tend to be expensive, they not only earn the government revenue but also sell in small numbers so as to not have a large impact on local industry.

I propose that you have a similar exemption clause for helmets also. Helmets that meet, for example, ECE 22.05, or whatever is the latest standard, should be exempt from the requirement of meeting BIS certification after the manufacturer or their Indian representatives completes the basic paperwork. 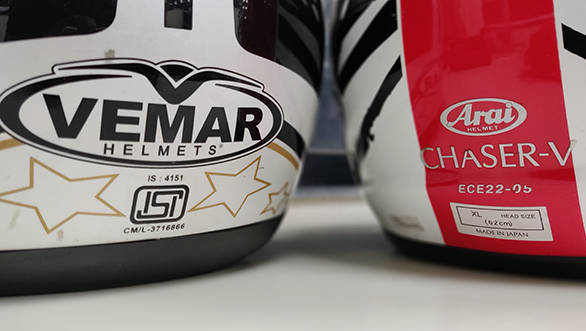 When these helmets are imported they are already subject to duties and taxes, so the revenue angle is covered and it raises the prices so the Indian companies aren't directly threatened. Just like in the car or motorcycle market, as and when the helmet makers see fit to invest in India, they will automatically become subject to the BIS certification process.

I strongly urge to you to enforce protection for India's millions of uninformed two-wheeler riders, but please don't do this by endangering those of us who are informed and making the best choices available to us already.