One-off projects are usually special as its creators get an opportunity to offer all the goodies in it. And here, that one-off project is a BMW M850i xDrive Coupe Night Sky. That might be a long name but this one is truly special considering it gets some bits from outer space. That's right. BMW Individual, the German automobile manufacturer's personalisation division, have created this special offering that comes with features meteorites in the cabin trim. Going by the actual definition, meteorites are solid pieces of debris from an object, such as a comet, asteroid, or meteoroid, that originates in outer space and survives its passage through the atmosphere to reach the surface of a planet or moon. And BMW has sourced a fair amount of that to shape it, process it and put it on the gear selector lever, iDrive controller and also on the centre console. Even the door sills sport the same. 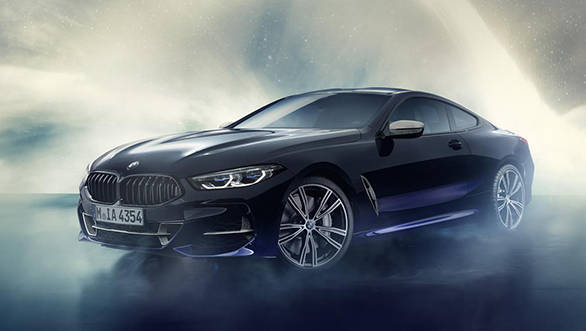 Apart from that, the cabin also comes with  Widmansta?tten-patterned surfaces. BMW describes that as a strictly geometric structure, with its straight lines, has the appearance of ice crystals and becomes visible when certain types of iron meteorite are polished or brought into contact with acidic compounds. The structure is the result of the metal alloy cooling down in an extremely slow process that cannot be reproduced on Earth, making it an unmistakable signature of extra-terrestrial material. The unique pattern was first observed back in the early 19th century by a number of people, including the Austrian scientist Alois von Beckh Widmanstätten, after whom it is named. 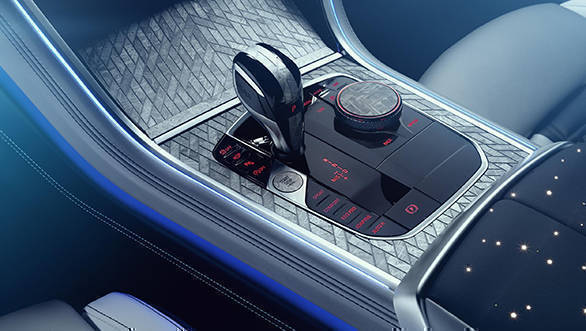 Visible in the hand-stitched headliner and on the centre console's trim finishers, it has also been milled into the brake discs of the BMW Individual M850i xDrive Coupe Night Sky. This distinctive meteorite pattern can also be found on the exterior mirror caps, the front splitters for the side air intakes at the front of the car, the centre mesh plate and the surrounds for the Air Breathers on the front side panels. These exterior components were all specially developed for the BMW Individual M850i xDrive Coupe Night Sky and individually manufactured using a 3D printing process. 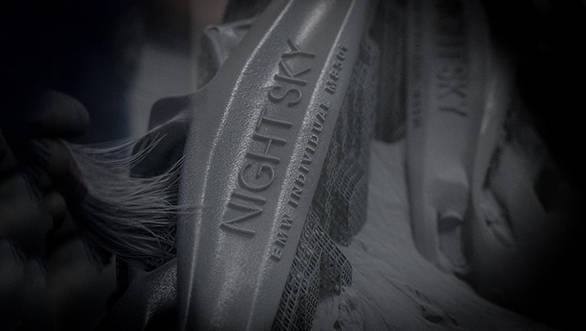 Further, the detailing done on the centre console armrests and the LED units aim at replicating a star-studded sky wherein the deep-pile carpeting in Midnight Blue puts the finishing touches to the stylish interior ambience. Even the paint scheme done on the BMW M850i xDrive Coupe Night Sky is special. Two different colour tones were used to create a special shade. Black non-metallic was used as the base colour for the body. A second coat in San Marino Blue metallic was then painted over it from the bottom edge of the body up to the top of the wheel arches. This was then finished with three layers of clear coat with varying pigment particle sizes. 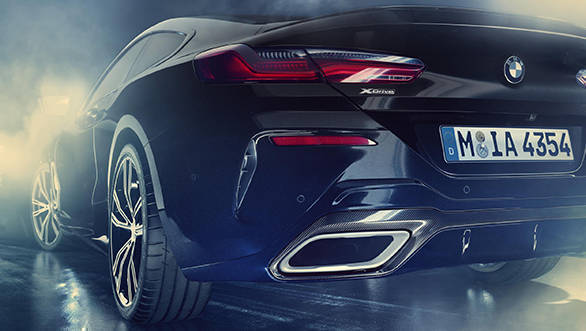 Developed alongside both the BMW M8 and the BMW M8 GTE endurance racing car, the BMW M850i xDrive Coupe comes with a 530PS V8 4.4-liter twin-turbo engine, track-tuned chassis technology and BMW xDrive intelligent all-wheel-drive system. How can you own one? Well, you can't. As we mentioned earlier, the BMW Individual M850i xDrive Coupe Night Sky is a one-off car and the pricing of it has not been announced, yet. We believe, it might be offered as a customization pack in the future. Until then, let's just take a look at the images.