Maruti Suzuki India Limited's first light commercial vehicle, the Super Carry, will be launched in India towards the end of August 2016. It is priced at Rs 4.01 lakh, ex-Ludhiana. There will be new 'Commercial' outlets set-up separately for the sale of the Super Carry. Maruti will open sales of the Super Carry initially in Ludhiana, Ahmedabad and Kolkata. There are two colour options to choose from - superior white and superior silver.

Powering the Maruti Super Carry is the same two-cylinder engine from the Celerio diesel and a 5-speed manual transmission. This 793cc engine makes 33PS of power and 75Nm of torque. These figures are down by 14PS and 50Nm down from the Celerio's power and torque figures respectively. Maruti claims that the Super Carry LCV will deliver a fuel efficiency of 22.07kmpl and carry a top speed of 80kmph. The company also says that the Super Carry has a maximum payload of 740kg. The ground clearance is 175mm. MacPherson struts at the front and a rigid axle with leaf-springs handle suspension duties at the front and rear. 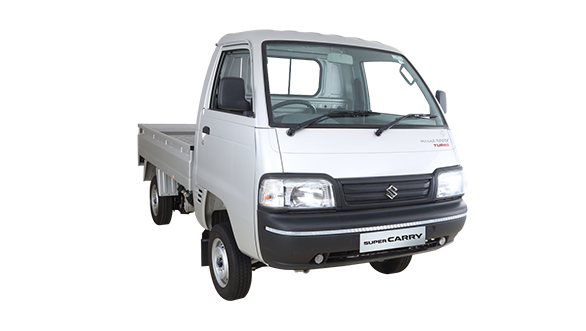 Maruti says that it has invested close to Rs 300 crore for the Super Carry's development. Maruti had earlier started exports of the Super Carry to South Africa a couple of months ago. There the car is powered by a four-cylinder 1.2-litre petrol motor that puts out 72PS/101Nm. Expect the Super Carry to be exported to more countries. The Super Carry rolls out of Maruti's Manesar facility with a warranty of two years/72,000km whichever is earlier.

The Super Carry looks like the Suzuki LCV which is available in Japan and other markets. It boasts a mobile charging socket, lockable glove box as well as provision for a stereo. There is, however, no air conditioner. Maruti has fitted the Super Carry LCV with front disc brakes and load-sensing proportionate valve. 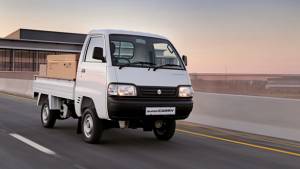