To make helmets a mandatory affair for motorcyclists, the Cuttack Police Commissionerate will implement a 'no helmet, no fuel' rule in Cuttack from July 1, 2016. The police plans to conduct awareness programmes regarding the same from June 20th, before implementing the rule.

"We will send letters to all fuel filling stations, educational institutes, government offices and puja committees seeking their cooperation in successful implementation of the rule," DCP (Cuttack) Sanjeev Arora said to ETAuto. The police recently held a special meeting with the petrol pump owners asking them not to sell petrol to motorists not wearing helmets.

Police will be present at petrol pumps to keep an eye on violators. The DCP further stated that the police would initiate action against violators. Challans will be issued and fine amount ranging from Rs 100 to Rs 500 will be collected from them.

This is not the first time a rule like this is being implemented. The first serious attempt was made in 2004 by then traffic police chief, Tejdeep Kaur Menon, who took up the initiative at a time when there was no specific pressure from the government or any other group. 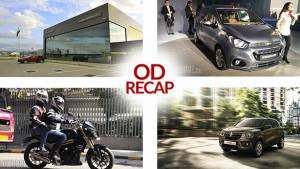 ODRecap: 'No helmet, no fuel' rule in...
Advertisement