A couple of weeks ago, OVERDRIVE broke the story of what the 10 new products from Nissan will be (read the full story here). One of them was the Nissan Qashqai, set to make its Indian debut sometime next year. Here's a closer look at the Qashqai. 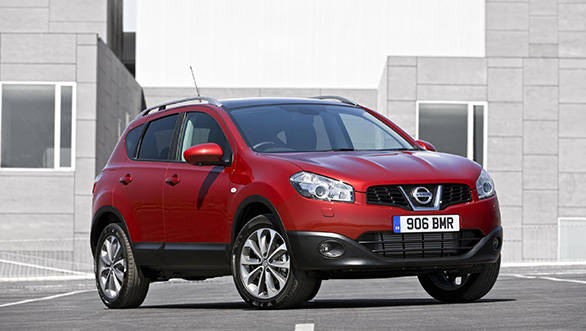 Qashqai will make its Indian debut some time next year

The Qashqai, traditionally, competes against the likes of the Honda CR-V and the Skoda Yeti and is sold internationally with five and seven seat options. It also comes with all-wheel drive.

In India, Nissan will launch the Qashqai with seven seats under the Qashqai +2 name. What's not certain, as yet, is whether it will be a two or all-wheel drive, or whether it will come via the CKD or CBU route. We believe it should be on sale by the second or third quarter of the next financial year. 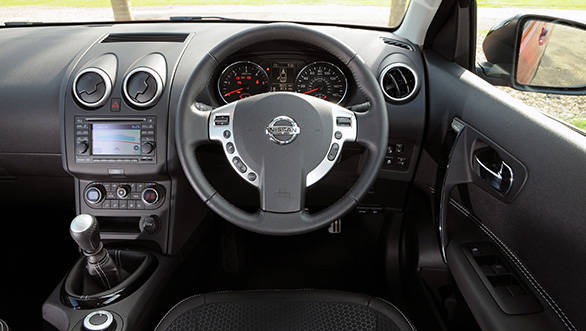 The Qashqai's interiors look well-made, even Audi-like with their silver and black tones

The Qashqai, credited to be one of the first crossovers to hit the market internationally, was first unveiled at the 2006 Paris Motor Show. The five-seater crossover was meant to replace Nissan's other small SUV, the Terrano (yes, the same name is being brought back for the Duster-based SUV Nissan will launch before the end of this year in India).

The Qashqai was a huge hit because offering SUV practicality with car-like drive feel was unheard of at the time. Nissan has since updated the Qashqai; upgrading the engines and styling, and also adding two seats as optional to produce the Qashqai +2.

What will come to India, though, will be the all new generation Qashqai. The second generation of the car has already been spotted testing internationally and is expected to debut in 2014. It will be based on the new Renault-Nissan CMF platform. The new crossover will sport dramatic styling to make it stand out in what is increasingly a crowded market place. It is expected to be futuristic; a serious departure from the norm; and very aggressively styled.

The new Qashqai, which will be marginally bigger than the current generation car, is expected to have even better driving dynamics, and more powerful engines powered by both petrol and diesel.

Nissan will also upgrade the interiors by adding more features and lifting the quality of plastics and fit and finish. 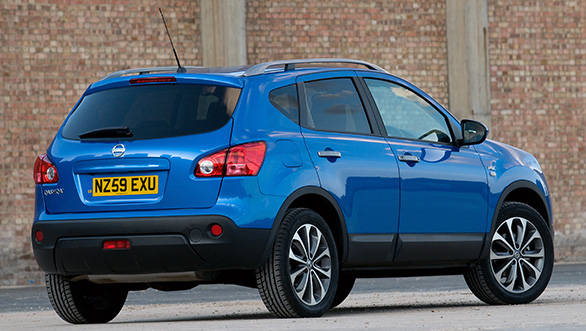 The Qashqai which will be marginally bigger than the current generation car, is expected to have even better driving dynamics, and more powerful engines powered by both petrol and diesel

In India, the Qashqai's specification will mainly depend on whether Nissan chooses the CKD or CBU route. Let us explore both options.

First the CBU route: given our duty structure, the CBU Qashqai will cost close to Rs 25 lakh. And to justify this price, the Qashqai will have be a fully-loaded car. So expect Nissan to launch the Tekna trim which comes with six airbags, ESP and ABS and a whole lot of comfort-related goodies. It gets ventilated seats, a two-zone climate control system, a panoramic sunroof, and powered everything from seats to windows to the outside rear view mirrors. The engine will be a 2-litre diesel and we expect the Qashqai to get all-wheel drive as well. Also, given the competition at this price point, Nissan will in all likelihood launch the seven-seater version. 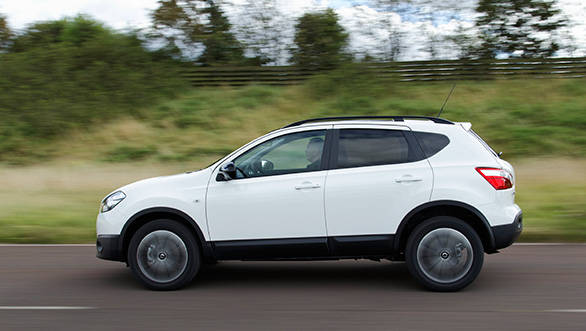 A better bet, in our opinion, would be to take the CKD route. This would give Nissan the opportunity to bring in the Qashqai at a price point where there's no real competition. It will sit above the soon-to-be-launched Terrano, but with a price that hovers around Rs 16-17 lakh, it will make the Qashqai a lot more desirable. It will also give Nissan the right hardware and the right price point to take on not just the current champion in that segment - the Toyota Fortuner - but also to entice buyers looking at the Mahindra XUV.

The engine for the CKD Qashqai could either be the 1.5-litre dCi diesel or the 1.6-litre dCi diesel. The 1.5 will certainly be a more cost-effective choice, but if Nissan is to position the Qashqai significantly higher than the Terrano, the same will have to be conveyed with a larger engine as well. For all you know, Nissan might choose the 2-litre diesel. The CKD Qashqai could come with both front- and all-wheel drive options.