Nissan India has started exporting the Datsun Go+ MPV to South Africa. The Go+ joins the Go hatchback in the African nation. The car is now on sale in South Africa from August 31, 2016. Nissan ships these cars from its Oragadam facility. This facility also exports other Nissan cars like the Sunny, Micra, Go and the redi-Go. The Go+ is available in South Africa with the 68PS 1.2-litre petrol engine. This engine is mated to a 5-speed manual transmission. In Indian driving conditions, Datsun says that the MPV will deliver a fuel efficiency of 20.6kmpl. Expect it to be a tad more fuel-efficient on the smooth and unbroken South African roads.

A few months ago, Nissan India said that its compact Micra car was the highest exported car from the Japanese company's stables. Since Nissan started operations in India in 2010, the company has exported about 6.2 lakh units.

Recently Datsun launched the Go+ Style Edition in India. It was priced approximately Rs 10,000 more than the regular Go+ T trim. It included new graphics, new blue colour, piano black instrument cluster and dual-tone interior. It will be on sale in October 2016.

Datsun India is also expected to bring in the Go Cross, a compact SUV based on the new CMF-A platform. This SUV was showcased as a concept at the Auto Expo 2016. There will likely be a higher power output for the engine or may be an all-new motor. The Go Cross will come with dual airbags, ABS and now rear parking sensors as standard. 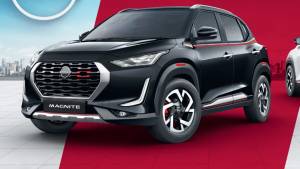