Nissan GT Academy in India: 5 step guide to becoming a race car driver in a year

Every month we get questions from our readers on someone wanting to be a race car driver, but doesn't know where to begin and what to do. 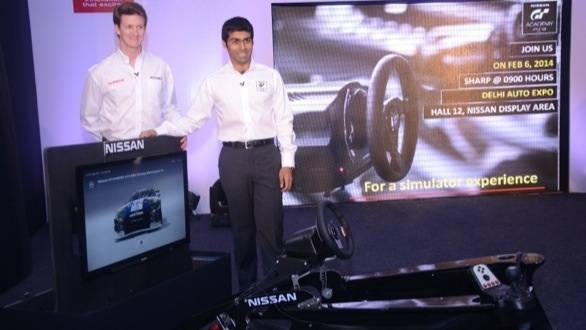 Nissan and Playstation have been over the years jointly running a seemingly outrageous programme where a complete novice is transformed into a world class racer within a year or so. So here's how you can become a racer with Nismo.

Most will say that playing GT6 on your PlayStation is nothing close to the real life Motorsport. Well they are wrong. Nissan GT Academy is a driver discovery and development programme that targets gaming enthusiast. If you think you can beat anyone at GT series or Forza. You are already on track to being a racer.

Probably one of the most important characteristic of a dyed in the wool race car driver is the ability to spot a window of opportunity and exploit it. So participate in the Nissan PlayStation GT Academy and you can be the future racing champ from India.

The international award-winning Nissan PlayStation GT Academy is in its sixth year and has been hugely popular and successful in Europe, Russia, the USA, the Middle East and South Africa. Wednesday's launch makes India among the elite nations where the academy will be scouting for racing talents.

GT Academy's Indian qualifying rounds will begin with 'Live Events' in high-footfall shopping malls in five select Indian cities and at a later stage will also include an online qualifying round that will be hosted on the PlayStation Network (PSN). Nissan will host the inaugural round of the competition on February 6, 2014 at the Delhi Auto Expo, organized at the India Expo Mart, Greater Noida in the National Capital Region.

5) The winner takes all

The rewards of winning the event include being a part of Nisan Motorsport team and participating in world class race tracks such as Silverstone, Dubai and Indianapolis Motor Speedway. To know more details of the event and how this academy has a history of churning out world class racers out of thin air, click here.