Nissan and Hover Automotive India headed for an ugly break-up

Nissan and Hover Automotive are headed for a showdown as the Japanese car maker wants to break ties with the company, which handles their distribution network in India.

Earlier today, Nissan has issued a statement declaring that it has ended their long-standing partnership in India. But Hover Automotive has issued a counter-statement saying that the move has no legal basis, and has hinted at a legal recourse if Nissan sticks to their stand on the issue. 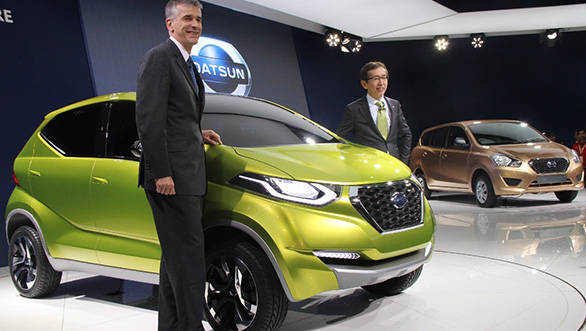 In the statement, Nissan said that its Indian arm "has assumed full responsibility for the sales, marketing and distribution of all Nissan-branded vehicles and parts in India, with immediate effect from February 14, 2014."

While the statement doesn't specify any reason for the termination, it is believed that Nissan was getting increasingly frustrated with its poor sales numbers in India.

In response to Nissan's announcement, Hover Automotive India acting COO Richard Spitzer, in a statement, said, "Negotiations with Nissan are ongoing at this stage and it is premature to say any agreement regarding termination has occurred."

It goes on to add that "Nissan does not have any legal basis for the termination of services of its national sales company- Hover Automotive India Pvt Ltd in India. The management at HAI has taken strong exception to the announcement this morning by Nissan. HAI reserves all rights and remedies available and will pursue the necessary course of action to protect interest of its employees and stakeholders."

The first real signs of strain in Nissan-Hover ties emerged late last year when the Japanese automaker announced that Hover will not be handling the distribution of its newly launched Datsun brand.

Nissan's announcement on Friday that "its agreement with Hover Automotive India Pvt. Ltd. for exclusive sales, marketing and distribution of Nissan branded vehicles and parts in India has been terminated" comes just days before the expected launch of the Datsun GO hatchback.

Nissan-Datsun showcased the GO hatchback, the GO+ MPV and the redi-GO concept at the Auto Expo 2014, and we expect the GO and GO+ to go on sale in India soon.

Nissan's president of India operations Kenichiro Yomura said, "Nissan is now at a point of maturity in India where the time is right to establish our own marketing and distribution operations. Nissan's priority will be to ensure a smooth transition from current operations. We remain committed to our customers and will continue to deliver high quality products and services."

Further details about the new business structure will be announced in due course, the statement added.