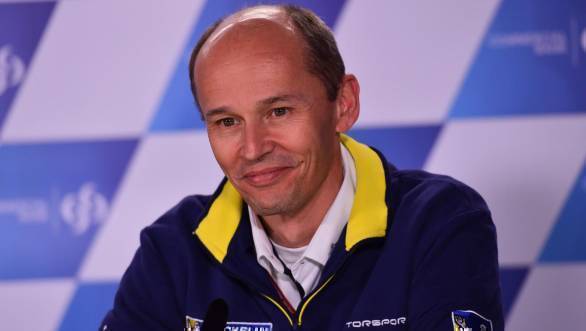 Goubert, who is the Technical Director for Michelin Racing, will leave the French tyre manufacturer after having served there for 28 years. Goubert has led racing projects, and is responsible for Michelin's presence in MotoGP.

The Frenchman is credited with playing a key role in strengthening Michelin's relationship with Dorna Sports, with Michelin already having renewed their commitment to MotoGP till the end of 2023.