The launch of the P1 Powerboat Racing Indian Grand Prix of the Seas is set to take place on the 2nd of February, 2017. 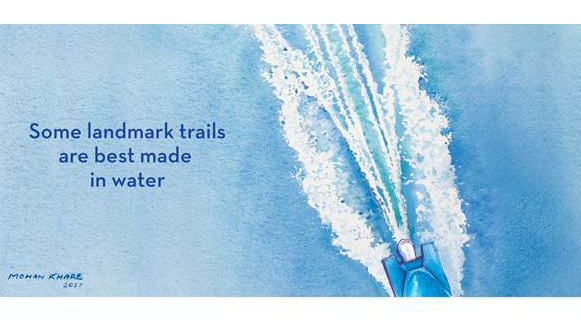 But before that announcement is made, we'd like to let you in on a very interesting piece of information. While the final roster of competitors will be unveiled at the launch, we're aware that two Indian motorsport champions will be a part of it.

Two time Asia Pacific Rally Championship (APRC) title winner, Gaurav Gill will compete in the event. Joining him will be CS Santosh, India's two-wheeler rally-raid specialist, who some of you might remember was busy getting his powerboat license last year, just before setting off to the 2017 edition of the Dakar.

Plans for the Powerboat Racing Indian Grand Prix of the Seas have been in motion for some years now, with a P1 SuperStock Cup initially planned in India back in 2013. However, now it seems like the event is actually taking place.

More details about the boats, the duration and location of the race, and the other competitors will be revealed in the Nexa P1 Powerboat Racing Indian Grand Prix of the Seas press conference, where the Chief Minister of Maharashtra Devendra Fadnavis, Jaykumar Rawal, Tourism Minister of Maharashtra, Anil Singh, Managing Director, Procam International and Asif Rangoonwala, Chairman, Powerboat P1 will be present.