We had reported earlier that independent crash tests conducted on Indian vehicles resulted in most small cars showing high risk of life threatening injuries in road crashes. The conformance to minimum requirement specified within current vehicle legislation has often been used by manufacturers as an excuse to justify poor safety systems and engineering. Automakers have been giving safety features a miss in favour of pricing the products lower but according to a J.D. Power survey, new vehicle owners in India want modern safety features and technologies that aid driving convenience, visibility and safety.

The study is now in its 16th year, furnishing auto enthusiasts and industry with info on new-vehicle appeal. It explores how gratifying a new vehicle is to own and drive. Satisfaction is measured across certain performance categories including the vehicle exterior, vehicle interior, storage and space, audio/ entertainment/ navigation, seats, heating, ventilation and air conditioning, driving dynamics, engine/ transmission, visibility and driving safety, and fuel economy. The overall score is based on a 1,000 point scale, with higher satisfaction being determined by a higher score. APEAL scores for 2014 (854) were marginally higher than those for the previous year (845).

"The rapid and substantial increase in demand for safety features by vehicle buyers in India over the last few years underscores the need for automakers to develop innovative and cost-effective solutions to address customer expectations," said Mohit Arora, executive director at J.D. Power Asia Pacific, Singapore.

The study also valued driving convenience amongst customers. An example of this was the fact that automatic transmissions were found in only five per cent of new vehicles sold, but that close to 82 per cent current owners wanted the option in the next vehicle they purchase. APEAL scores in the mass market were higher for the automatic variants compared to their manual counterparts.

The study data shows that new-vehicle owners, on average, spend close to two hours commuting everyday, which is almost a 15 per cent increase from 2011. With the addition of more than 25 lakh passenger vehicles on the road in India in 2013, average commute time is expected to further increase, which directly leads to customers demanding features that make the overall driving experience less strenuous. 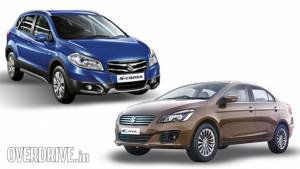 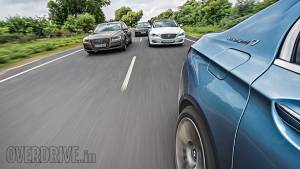 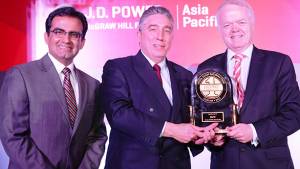